Published by admin On August 17, 2016 Leave a response 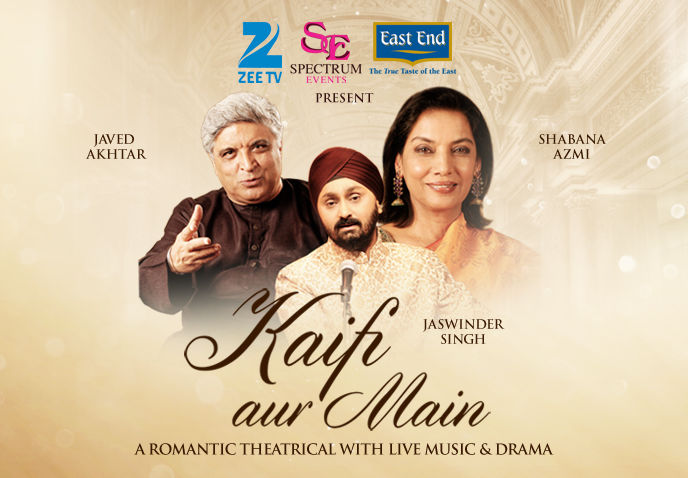 The sweeping, romantic saga recounts the journey and struggles of Kaifi’s life set against the socio-political backdrop of pre-independent India, simultaneously exploring his celebrated works and love story that has inspired generations. The production is brought to life by luminaries of Indian cinema, veteran actress, Shabana Azmi, and renowned poet, lyricist and screenwriter, Javed Akhtar, interwoven with ghazals and evergreen Bollywood film songs rendered by ghazal maestro, Jaswinder Singh, complimented by a live orchestra.

Widely regarded as one of India’s finest actresses, Shabana Azmi has championed multiple genres across both mainstream and independent cinema, as well as the mediums of theatre and television. Garnering an impressive list of awards along her career journey, she is the recipient of a record five, National Film Awards for Best Actress and the coveted Padma Bhushan from the Indian government among other accolades.

Poet, lyricist and screenwriter, Javed Akhtar, is one of India’s most lauded artistic talents, with some of his most successful works attributed to the period 1971 – 1982, as one half of screenwriting duo, Salim-Javed. Together, they penned some of the most seminal films in the history of Indian cinema. Among his accomplished list of honours is the Padma Bhushan award, the Padma Shri award and 18 Filmfare awards.