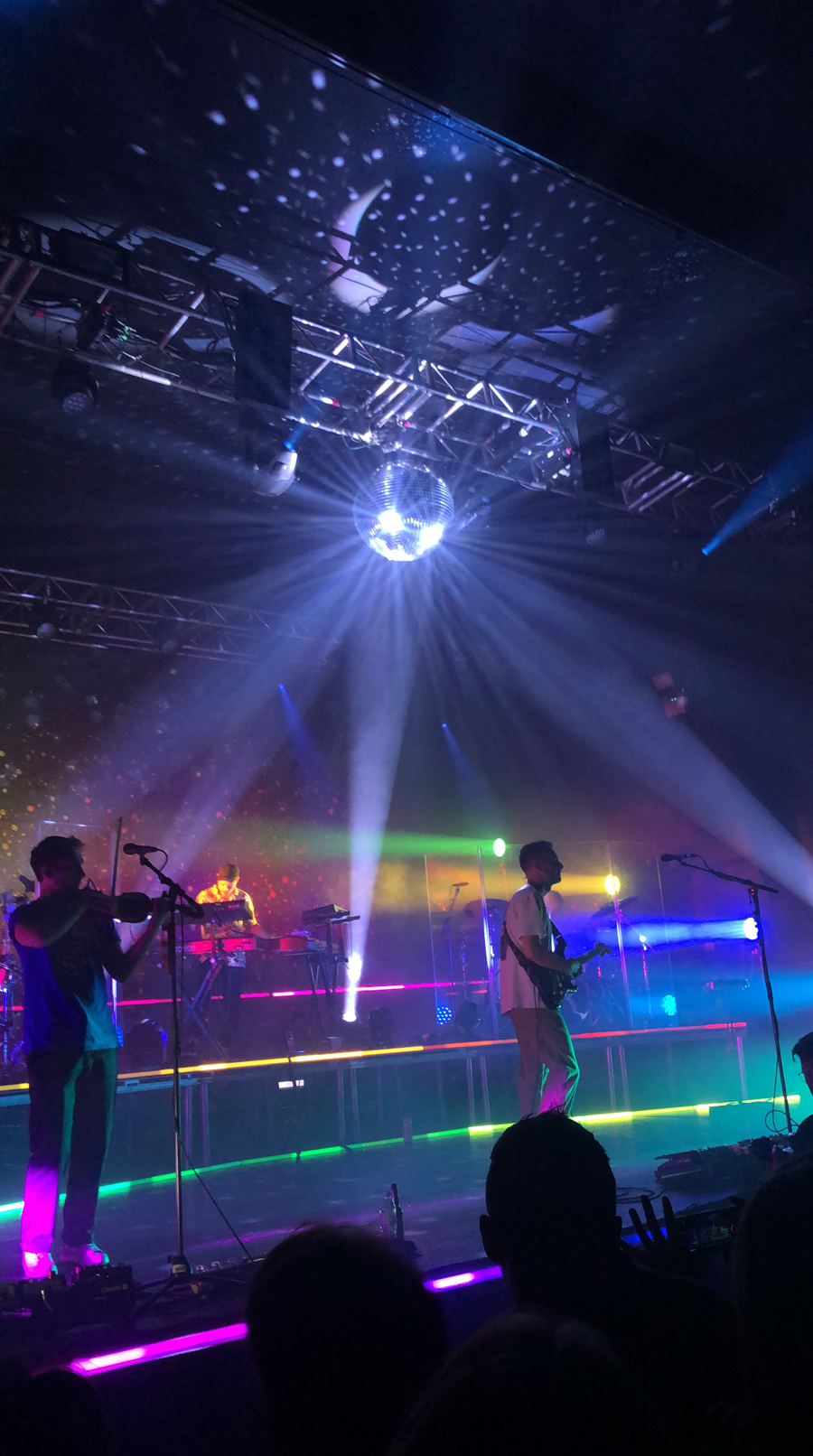 “You should come south of the river – this is where it all starts.” And maybe he’s right. The Dulwich- born guitarist is celebrating what has been an exciting year. He’s released his hotly anticipated debut album – ‘Geography’, toured a few festivals across Europe, and is now back in the UK for his second tour.

Having started life producing hip-hop beats in his South London home aged 16, the 23-year old looked and sounded as accomplished as he treated the crowd to his genre-hopping, nu jazz- infected pop.

Before getting into this review, it is worth mentioning the opening act of the night: Yussef Dayes. Synth-heavy jazz with thunderous tribal drums rendered the crowd quiet, but impressed. Ripping through a fiery rendition of his track ‘Love Is The Message’, this is an artist to keep watching.

Back to the man of the night. Opening with ‘Before Paris’, Misch entered discreetly with little time to introduce himself. The (mainly young) crowd already knew who he was. Following on is ‘It Runs Through Me’, a bouncy, samba-flavoured track. It’s impressively melodic, and shows Misch’s nifty guitar-work.

‘Losing My Way’ comes next, and while FKJ is missing tonight, that doesn’t stop the crowd getting loose and funky to this groovy number. After, ‘I Wish’ merged seamlessly with highlight ‘Disco Yes’. Misch’s voice is dreamy, and this shows with an interesting rendition of Outkast’s version of ‘Prototype’. The crowd was noisy, but Misch brought them back to the present with ‘Movie’ – a beautiful and slow-burning track about a past lover.

Highlights of the night included a mash-up of ‘Water Baby’ and ‘Crazy Dream’ that showcase his signature caramel-smooth blend of jazz, hip-hop and electronica. Fan favourite ‘Beautiful Escape’ comes next with a surprise guest appearance from Zak Abel. The two hugged it out on stage – there’s only positive vibes here tonight.

Finishing with ‘Lost In Paris’ Misch has gone from strength to strength, building up a loyal fan base. He’s humbled by the crowd, who are just as in love with music as him. Soon after the concert finished, fans were dancing their way home. And that’s the sign of a very talented artist.