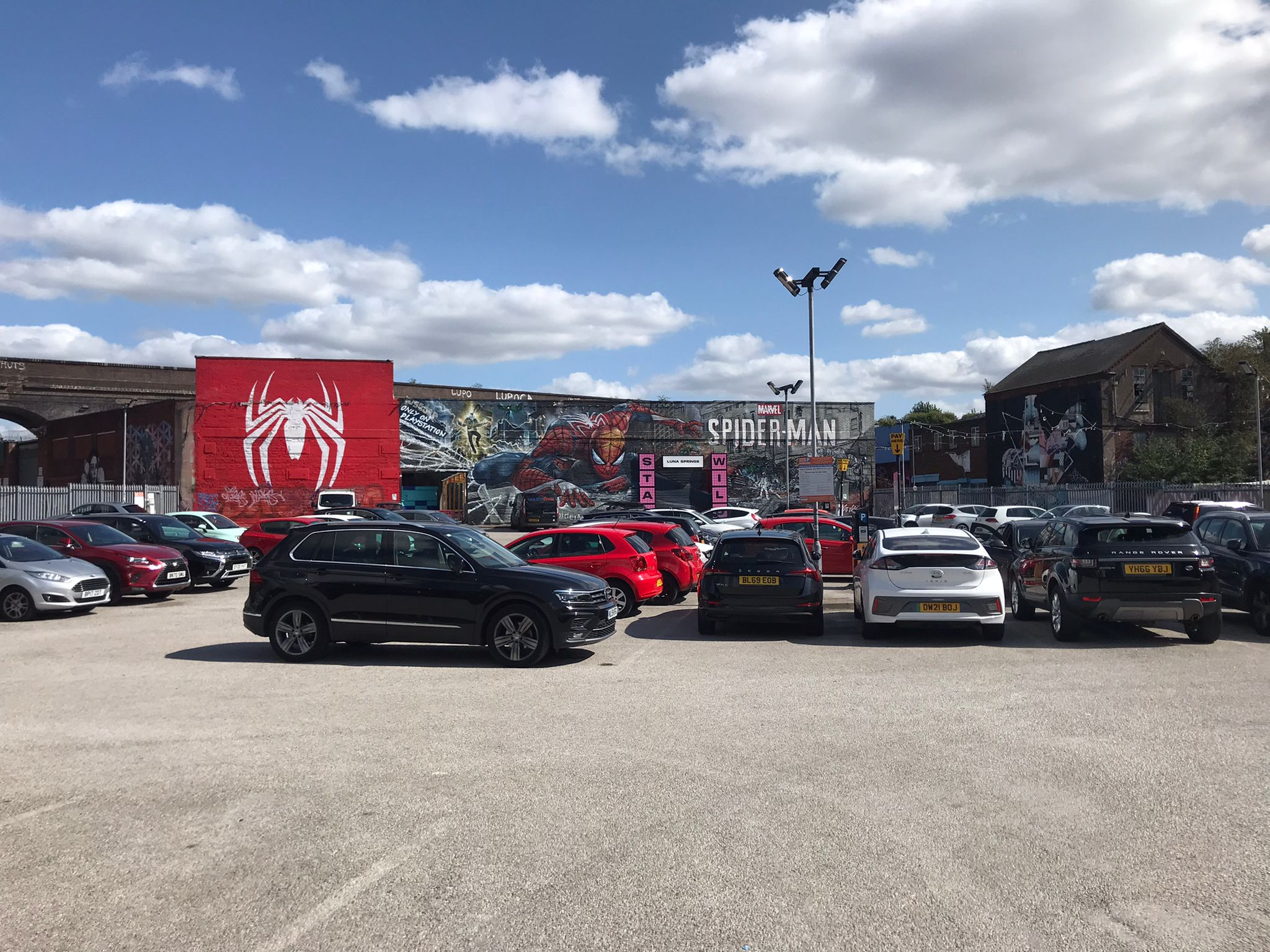 Trinity Street Car Park, located within the Digbeth Estate, has been dubbed the ‘most charismatic car park in Britain’ by The Car Park Appreciation Society.

Owing to its unique entrance made from crushed car parts and surrounding walls adorned with vibrant street art, the car park has attracted the attention of The Car Park Appreciation Society and has achieved their highest praise.

The accolade was also given to the site due to its convenient location, close to the city centre and in the heart of Birmingham’s creative quarter, which has made it popular with commuters. Of an evening, the car park buzzes with visitors enjoying the area’s booming hospitality and nightlife scene.

Another highlight is the site’s close location to both Zumhof Biergarten and Luna Springs, with the former being located inside the car park itself.

Kevin Beresford, President of The Car Park Appreciation Society, said, “Trinity Street Car Park is just the most charismatic of car parks. The entrance is made out of crushed car engines and there are Marvel characters painted on the walls. And it even has a cocktail bar at the side of it. I think it’s more than worthy of being named as Car Park of the Year.”

Clive Watson, Head of Creative at Oval, said, “It’s not every day that one of your car parks receives such high praise. If you’re a Digbeth Estate resident, worker or visitor, you can now officially park your car in Britain’s most charismatic car park!”

The Car Park Appreciation Society has produced a Car Parks of the Year calendar for 2023.