Trying out the new summer menu at Marmalade 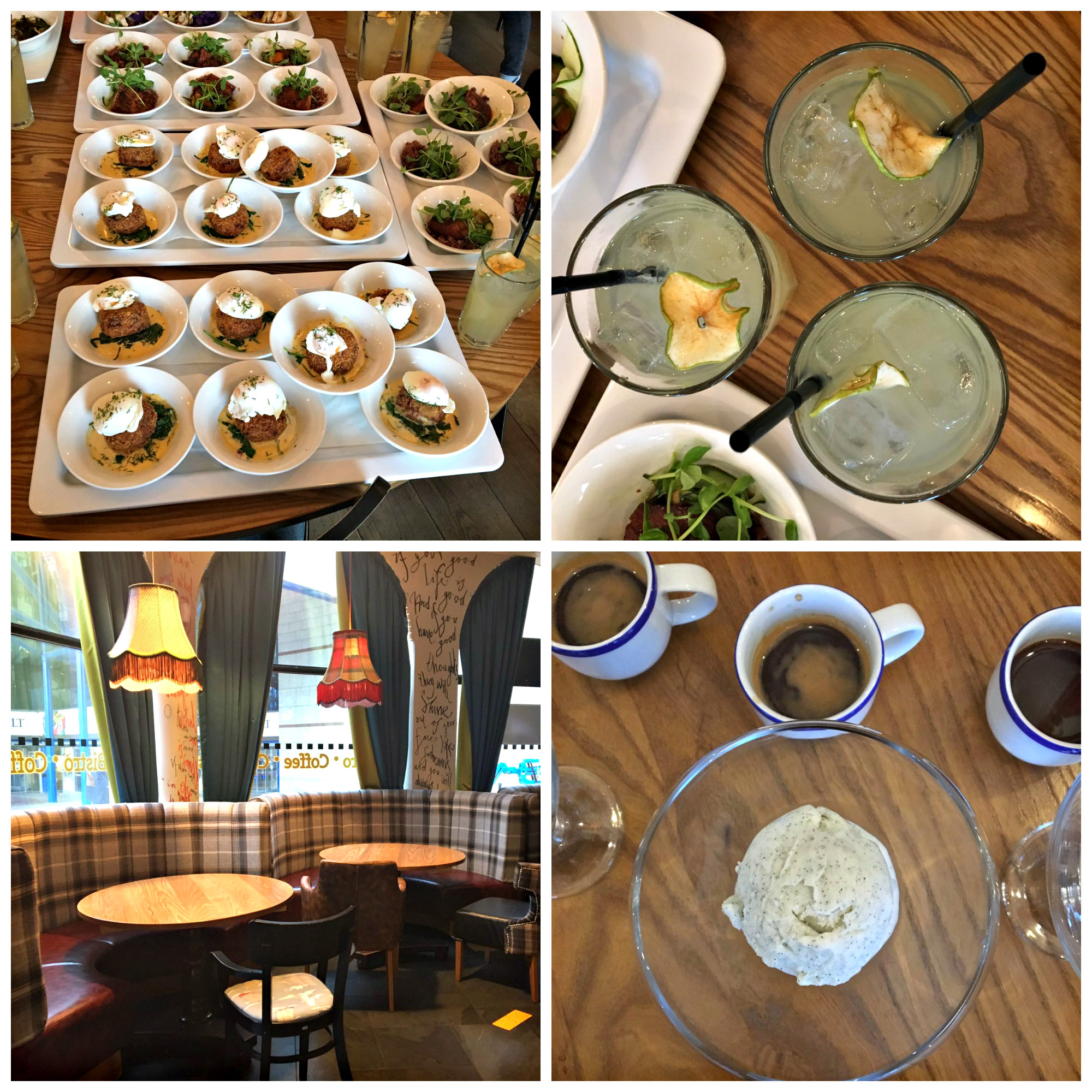 For those who don’t know this already, Marmalade is one of the many jewels in the ever-growing Bitters N Twisted crown. Sharing similarities in the food and drink offering to its sister venues New Inn Harborne, The Victoria and Buffalo & Rye, Marmalade has made a name for itself as an independent city centre bar and restaurant due to its location beneath the Birmingham Rep Theatre. The pre-theatre menu entices the theatre goers, but what about the Brummies? I have to say that I often overlook Marmalade, favouring somewhere like Bodega Cantina, but it has definitely moved up on my list of dinner spots in the city!

A selection of Bloggers, Journalists and Writers (including yours truly) were invited to an exclusive menu tasting event, where the new summer dishes and cocktails could be sampled. Being vegetarian, I brought my flexitarian sister along to sample some of the meat dishes. It was only when us guests were welcomed into the otherwise empty restaurant that I fully appreciated the vibe. It’s modern yet classy, spacious yet cosy, and the nestled-away bar and seating area is perfectly placed and lit. 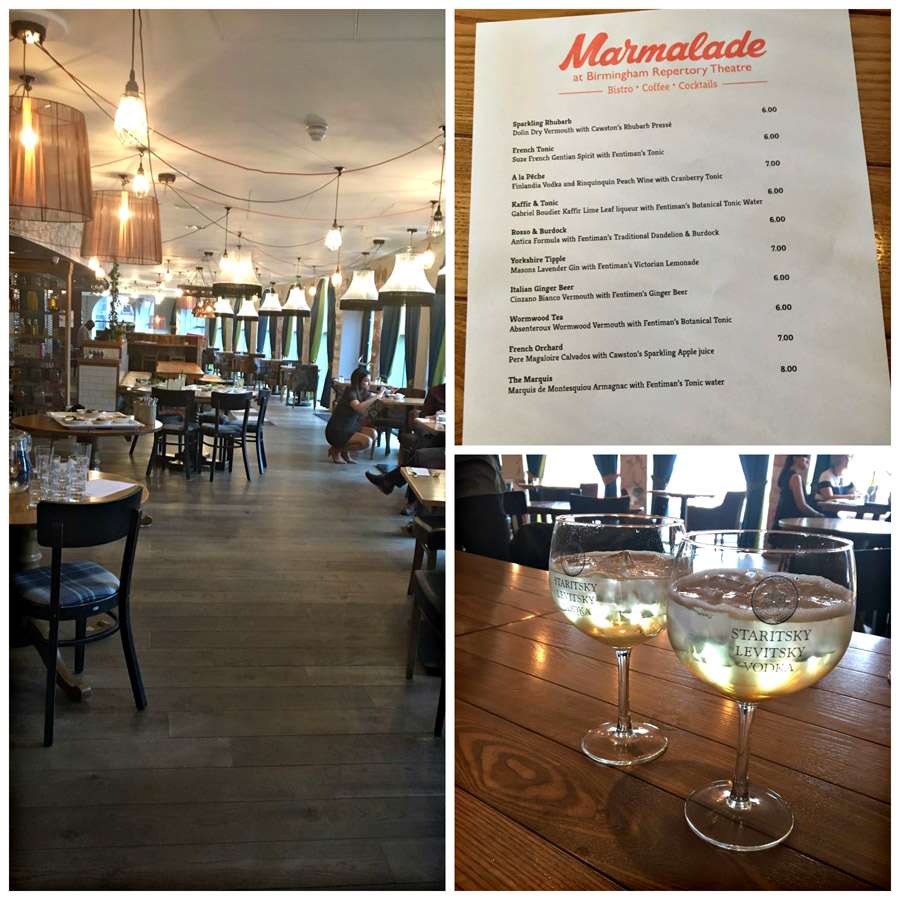 We were each greeted and then given a freshly made cocktail from the new summer cocktail menu, the Kaffir and Tonic. It was light and floral and (rather dangerously) didn’t have that strong alcoholic aftertaste. They looked beautiful too; the liqueur settled at the bottom like liquid gold and topped with the tonic water was a perfect summertime refreshment.

After everyone had arrived and sampled the welcome drink, out came the selection of starters. The food was served buffet style so we could all taste a bit of everything. This got instant brownie points, because who doesn’t love a buffet? The starters I tried were the Heritage Tomato and Goats Cheese Salad and The Chestnut and Shiitake Mushroom Parfait. My sister also tried the Calamari. There was also a fish platter that featured Tequila Smoked Salmon and there was a Rabbit and Ham Hock Terrine, although we didn’t sample these.

The goat’s cheese was probably the nicest goat’s cheese I’ve tried – it was soft and creamy, tangy and salty but still subtle. The parfait was equally delicious, but probably swayed it for me because it’s so rare to find vegetarian paté options; it was nice that I was able to get in on the paté party. The calamari was beautifully crispy and not at all rubbery (always a gamble with calamari). The only thing was it had almost completely cooled down but I’m sure when your plate first arrives it would be the perfect temperature.

There was also a choice of two cocktails that complimented the starters, the Cherry Orchard, a sour-sweet take on a vodka martini served long, and the Paloma Faith, a tangy tequila based cocktail inspired by the Caribbean Leap of Faith cocktail, which was chosen as the perfect compliment to the smoked salmon. Both were delicious although I think I preferred the Paloma Faith as sweeter cocktails don’t usually do it for me. 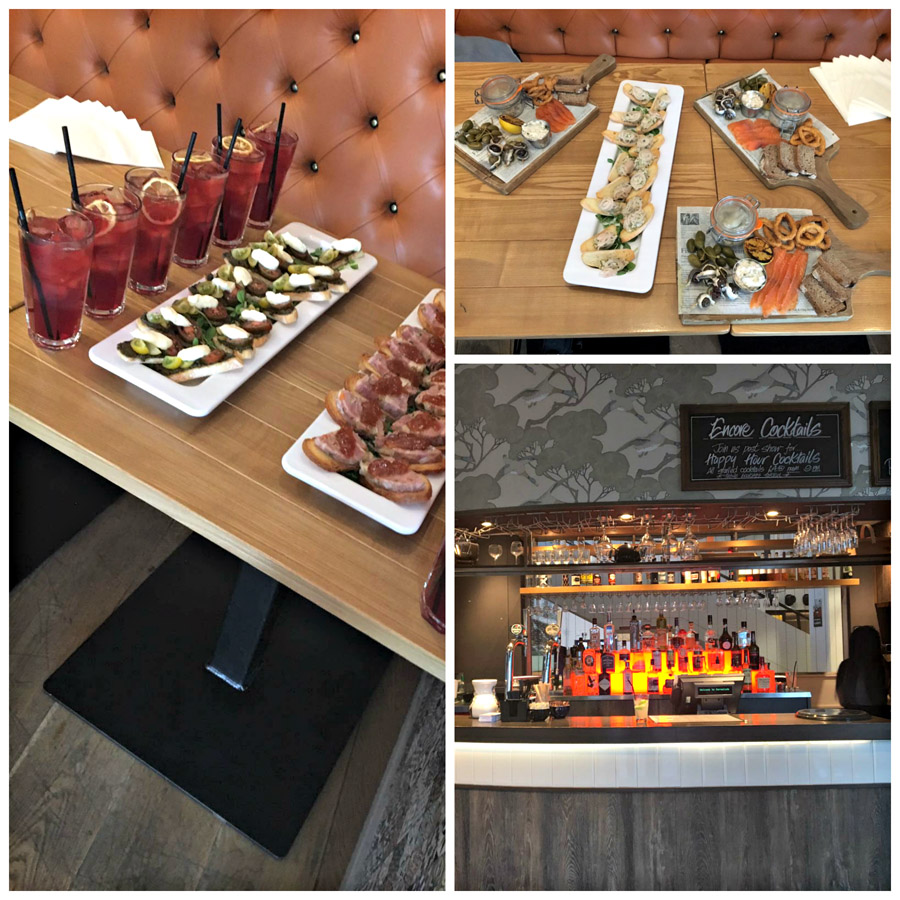 Moving on to the main courses, a large selection of small plates were laid out before us containing a variety of dishes from the new menu, including: Trout & Smoked Haddock Fish Cakes, Chicken Supreme, Teryaki Salmon and Sweet Potato Thai Curry. I tried the Thai curry and enjoyed it so much I had a second bowl. The sweet potato was perfectly cooked and joined by leafy pak choi and shiitake mushrooms; the curry was topped with fresh coriander and crispy coconut. Anyone who says that vegan food lacks flavour, you need to come and try this!

I would never normally choose Thai curry at a restaurant because I make a damn good one myself, but this was outstanding. My sister said that the chicken was cooked to perfection and the crushed truffle de chinois potatoes were the perfect accompaniment. I did try some of the chicory myself which was also delicious. For someone who doesn’t like ‘fishy’ fish, she also said the fishcakes served with a poached duck egg and delicate beurre blanc sauce were a pleasant surprise as the smoked haddock wasn’t overpowering.

The only criticism I have is that it would have been nice to sample one of the other vegetarian dishes on the menu: the Penne Alla Norma or the Spring Risotto. But that just gives me more reason to go back! Alongside the main courses we sampled the French Orchard cocktail. The light apple flavour was subtle enough to be enjoyed alongside the different dishes without causing a clash of flavours. 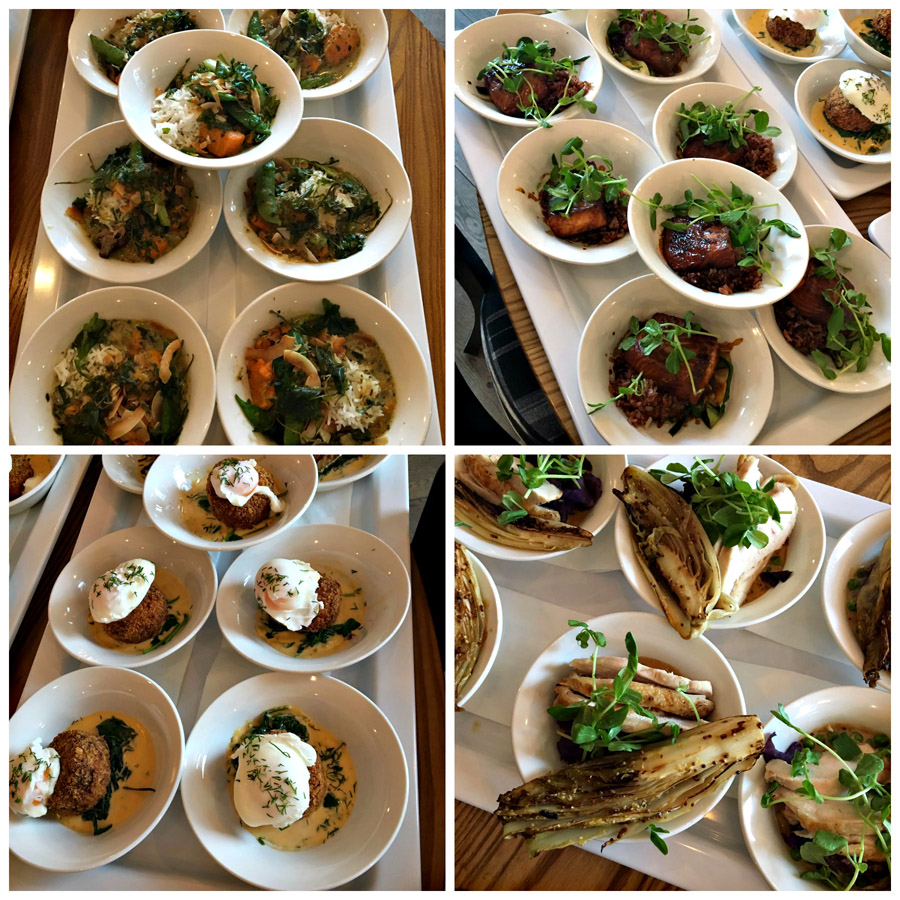 Finally, a traditional Italian Affogato (vanilla ice cream and espresso) was presented beautifully on the table. I was so stuffed after the starters and mains that I wouldn’t have wanted anything heavier. It was nice and light and I for one love the combination of cold, creamy vanilla ice cream with warm, rich espresso. I didn’t ask whether the ice cream was home made, but it was lovely. We were all offered a final cocktail – a classic Negroni, that seems to be making a huge comeback! My sister and I chose to share the completely alcoholic cocktail in a bid of damage limitation (not sure I would have been able to walk out if I’d knocked it back solo), which rounded off a lovely evening of great food and great company.

The new summer menu including the pre-theatre dishes is available to view here and you can call 0121 245 2080 to book a table. Marmalade would be a great choice of restaurant to go to with a group of family and friends, priding themselves on their flexitarian menu, which features plenty of flavourful vegetarian, vegan, meat, fish and gluten free dishes to be enjoyed by all.