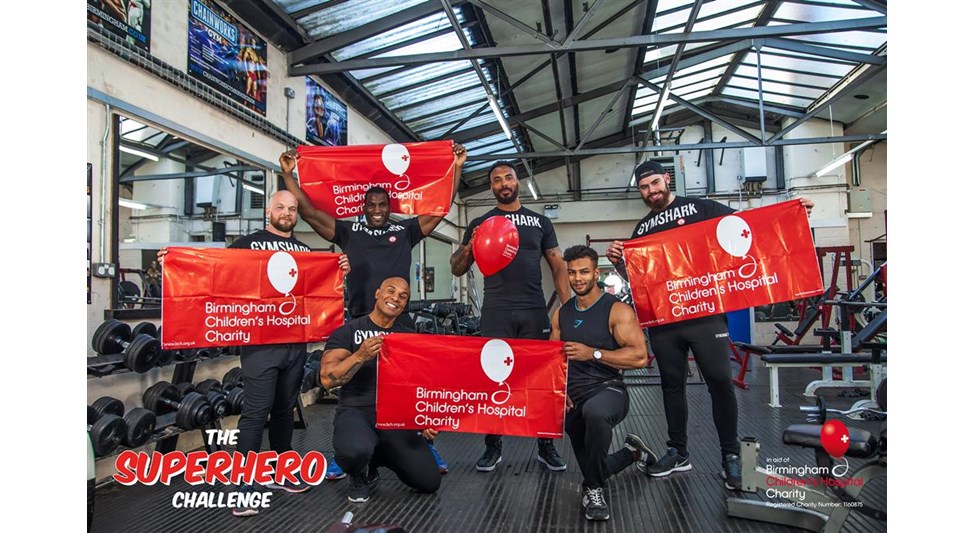 The Superhero Challenge on September 18th Sunday at Chainworks Gym (Birmingham), will see six men from Birmingham attempt to beat a Guinness World Record for the longest weight training workout by training for consecutive 26 hours.

Previously completed by athletes in Los Angeles and Netherlands, the current record stands at 25 hours of training, with this being the first UK attempt to beat it.

This fundraising event is a public awareness campaign, where all proceeds will go to Birmingham Children Hospital’s Star Appeal, helping create the UK’s first centre for children with rare diseases.

Lenny Scarlett, organiser of The Superhero Challenge and one of the athletes taking part, said: “We’ve had such an unbelievable amount of support already and pleased to be raising money for Birmingham Children Hospital’s Star Appeal.

“Nothing pleases me more than being able to help others and give something back. The children need our help and the real heroes are the staff at the Birmingham Children’s Hospital and we want to support as much as we can.”

We want to say a massive thank you to the six athletes taking on The Superhero Challenge for our Star Appeal.

Our new Rare Diseases Centre will be the first of its kind in the UK, so the money they hope to raise will make a big difference to our brave children and their families affected by rare diseases.