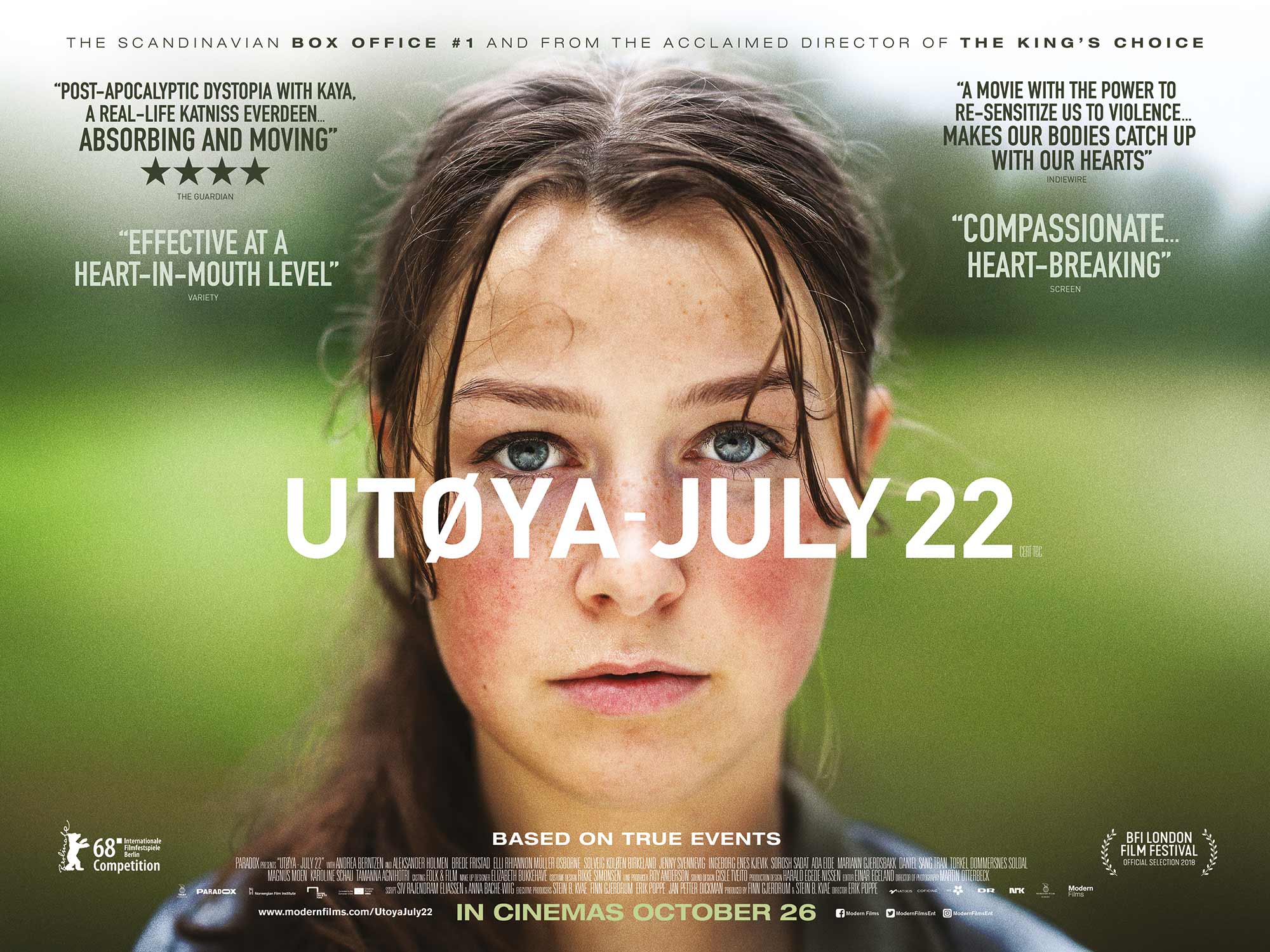 “Post-apocalyptic dystopia… an absorbing and moving tribute to the courage of the young victims of Utøya.”

“A movie with the power to re-sensitize us to violence…

the film has the power to make our bodies catch up with our hearts.”

On July 22 2011 more than 500 young people at a political summer camp on a Norwegian island were attacked by a right-wing extremist. In this first fictional movie about the attack we follow Kaja as she tries to survive the ensuing 72 minute terrorist massacre – second by second, in real time.

Daring to dive deep into the fresh wound of Norway’s biggest tragedy, Erik Poppe’s visceral and heartfelt drama gives a gripping insight into the events of that fateful day. It’s an extraordinary demonstration of the power of cinema to articulate the unspeakable and reignite our capacity for empathy.

Released in cinemas from 26 October March, Utøya – July 22 is an absorbing and moving tribute to the courage of the young victims.

Utøya – July 22 focuses on the story from the viewpoint of the young people affected and has a strong female lead in Kaja, played by award-winning actress Andrea Berntzen, in her feature film debut.

The film was written based on testimonies and known facts, and created in close dialogue with several survivors. However, out of respect for the victims and their relatives, characters and their individual experiences are fictitious.

Much of the coverage of the massacre in the international media has been about the manifesto of the terrorist, the judgment and the sentence. With Utøya – July 22 director Erik Poppe wanted to describe the young people’s struggle to survive the incomprehensible, and bring attention back to the victims – the ones that got killed, those who survived, their relatives and their families.

Poppe commented, “How they experienced this terror attack is hard to describe in words. My hope is that the movie can help us understand and show even more compassion for those who through fate and coincidence were caught up in the chaos when evil struck.”