Why A Dairy-Free Future Is On The Cards 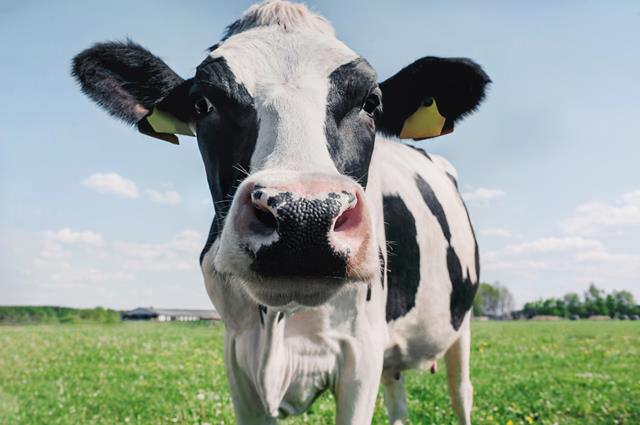 The earliest evidence we have for domestic dairy production is around 7,000 BC. In northwestern Turkey, archeologists found evidence suggesting that the society that lived in that region during that time produced cheese, butter, and yoghurt. Dairy farming then began to develop elsewhere in the world, and today it’s one of the most lucrative markets farmers can pursue.

Despite this, there’s also evidence that the world in general seems to be more and more in favour of adopting a dairy-free lifestyle. Dairy has been shown to give many people digestive trouble, it’s problematic in terms of ethics, and high-quality cheese and yoghurt can also significantly add to your weekly shopping bill. Here, we’ve outlined just some of the reasons we believe that the future will eventually be dairy-free.

The food industry is finding new and amazing ways to innovate. Whether it’s using microalgae to craft sustainable food sources or employing 3D printers to make edible creations (yes, really), the food industry’s relentless march of technological innovation will essentially make dairy obsolete. Meat can be grown in a lab, milk and egg substitutes are common now, and fungi and insect protein are giving people more and more ways to get their nutrients outside the traditional sources. This research-based infographic from this recent research article can tell you more!

Traditionally, there’s been a preconception that dairy alternatives – vegan cheese, oat milk, soya yoghurt, et cetera – are disgusting or aren’t appropriate replacements for their counterparts. These days, that couldn’t be further from the truth. There’s a whole range of delicious dairy alternatives out there, and they’re usually available from your local store or supermarket. If you haven’t already made the switch to vanilla soy milk or soya yoghurt, you should try it – you’d be amazed at how much better it can taste than traditional dairy!

A lot of people are lactose intolerant

Current estimates suggest that around 70% of the world’s population suffers from some degree of lactose intolerance. While that may be as simple as minor difficulties digesting dairy, it’s not a problem that people experience when they consume plant-based foods, so a dairy-free lifestyle would be a boon for a huge number of people. In this way, dairy-free living is more inclusive; if more dairy-free products were available, more people would lead healthy lifestyles.

Robbie Lockie, co-founder of vegan platform Plant-Based News, introduced the World Plant Milk Day back in 2017. Lockie’s goal was to introduce more people to the joys of plant-based milk, and it’s safe to say he’s been pretty successful in doing so. Lockie says the future is dairy-free; according to him, dairy production harms the environment, is deleterious to animal livelihoods, and has a negative impact on human health. With that in mind, many more industry figures may turn away from dairy in the future.

Dairy-free is better for athletics

Research has shown that athletes who ditch dairy products in favour of something plant-based improve their health. Inflammation is reduced when athletes consume plant-based milk rather than dairy milk, and saturated fat – which is very prevalent in dairy products – exacerbates the kinds of problems athletes face on a daily basis. As such, more and more athletes are making the switch to dairy-free products, and we’re expecting to see that number rise as time goes on.

The dairy industry is already in decline

With the widespread availability of milk alternatives and other non-dairy products, the dairy industry is struggling to justify its existence. Of course, there is still high demand for dairy products like butter, cheese, and milk; while plant-based alternatives definitely exist for these products, they can’t quite reach the same taste or texture, so if you’re hung up on traditional dairy, there isn’t quite a perfect replacement yet. However, this will only improve with time, so the dairy industry’s days seem numbered.

Lab-grown dairy is just around the corner

Although we said there aren’t any concrete alternatives to dairy yet, that may not be the case for very long. Lab-grown dairy is an avenue many scientists are looking into, with a number of Silicon Valley startups chasing the first true dairy-style milk alternative with the same taste, texture, and applicability as cow’s milk. We’re not quite there yet; the proteins in cow’s milk are very difficult to mimic on a professional level. Never underestimate the versatility of human ingenuity, though!

There’s money to be made in non-dairy foods

In a capitalist society, perhaps the most important aspect of whether something takes off or not is whether it’s potentially profitable. Non-dairy consumers are becoming more and more prevalent, and while we can’t call this an emergent market – after all, it’s already being handsomely catered to – more and more people will adopt this lifestyle as time goes on. As such, it’s important to cater to those people, and where there is a market, there are business opportunities.

These are just some of the reasons we think a dairy-free future is on the cards, not just for Western countries but for the world at large. While veganism doesn’t represent the sole solution for the climate crisis, eliminating dairy from your diet – and only occasionally consuming meat products – looks like it might be one of the best ways to help fight climate change and ensure a healthier world for everyone.