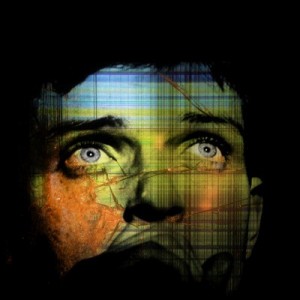 If you love New Order, there’s a good chance you’ll love their first incarnation ‘Joy Division’. This seminal late 70s  post-punk band from Salford were responsible for some fantastic timeless songs, and were probably best known for the cult classic  “Love Will Tear Us Apart”.

Joy Division disbanded with the death of  vocalist Ian Curtis, but the band have left behind a great legacy of music which has inspired a plethora of influential musicians and song writers in their own right.

For Joy Division fans, there will be a great opportunity to watch and hear some of the band’s greatest tracks reworked by the very talented ‘Heritage Orchestra’ who will be playing live at Birmingham’s Symphony Hall on the 28th September 2013.

The tour is one of a kind: visual, electro and orchestra reinterpretation of the works of Joy Division, it’s a hugely, pioneering show. This is the first time it’s toured, but it has been performed twice at Brighton Dome and Sydney Opera House – both to massive acclaim (quotes below).

Live_Transmission will transfix you with the sheer weight of an amplified 30-piece orchestra and band, playing radical reinterpretations of Joy Division within a whirlwind of gigantic Peter Saville inspired imagery. The show offers a sonic monument of new orchestral compositions entwined with loud electronica, epic visuals, all heavy with the presence of Ian Curtis and Joy Division.

Involved in the project is the Heritage Orchestra (they celebrate their 10th anniversary this year, they’ve been involved in lots of high profile collaborations – The National, Emile Sande, Massive Attack, Tim Minchin, Aphex Twin and DJ Yoda); alongside Scanner (electronic artist) and Matt Watkins (visual artist).

Also involved are members of Three Trapped Tigers and Ghostpoet and Jules Buckely is conducting (he just conducted the urban proms in London this weekend). So it’s a massively eclectic and talented bunch of artists involved.

Live footage of the show can be found here: http://www.joydivisionreworked.com

Scanner made an audio mixtape of the Brighton show: https://soundcloud.com/scanner/live_transmission-joy-division

★★★★ “If Curtis hadn’t died you can’t help but wonder if this is the kind of thing they would be doing today.” The Independent

This is a one-off UK Tour and a rare chance to witness an event that has redefined traditional concert boundaries, do not miss it!

To enter the competition you must first take the following steps:

Once you have completed steps 1 & 2 let us know, along with your answer to the question. You can email us by clicking >>here<<, or send a direct message via twitter or facebook. Let us know your name and a means of contacting you should you be the lucky winner!

Prize Draw Rules
1. Entry to the competitions is restricted to one entry per person please.
2. Multiple entries from the same person will be disqualified.
3. Automated entries, bulk entries or third party entries will be disqualified!
4. Competitions are open to UK residents only unless otherwise stated
5. Full names will be needed for ticket collection at Symphony Hall.
6. Winners will be chosen at random from all valid entries by Raffle King.
7. Winners will be contacted via email names displayed on our website.
8. The Judges decision is final and no correspondance will be entered in to.
9. The competition will run from 17.08.13 until 31.08.13. The winner will be announced within 48 hours of the competition ending.
10. Grapevine Birmingham is compliant with the data protection act. Our policy is such that we will not pass on your details to any third party.

Congratulations to Anna Bright for answering correctly. The answer to the question “Which punk rock band first inspired band members Bernard Sumner and Peter Hook to take up their instruments?” is, “the Sex Pistols”.

Thank you to all who took the time to enter, we hope that you still make it to the event as we will be too and it look a great one!

Look out for the next ticket give-away on Grapevine Birmingham. The best way is to like us on facebook or follow on twitter and you’ll be kept up to date with future features and give-aways.