Home » What's on » Word.Play.Live. A unique event with music and fiction

Word.Play.Live. A unique event with music and fiction 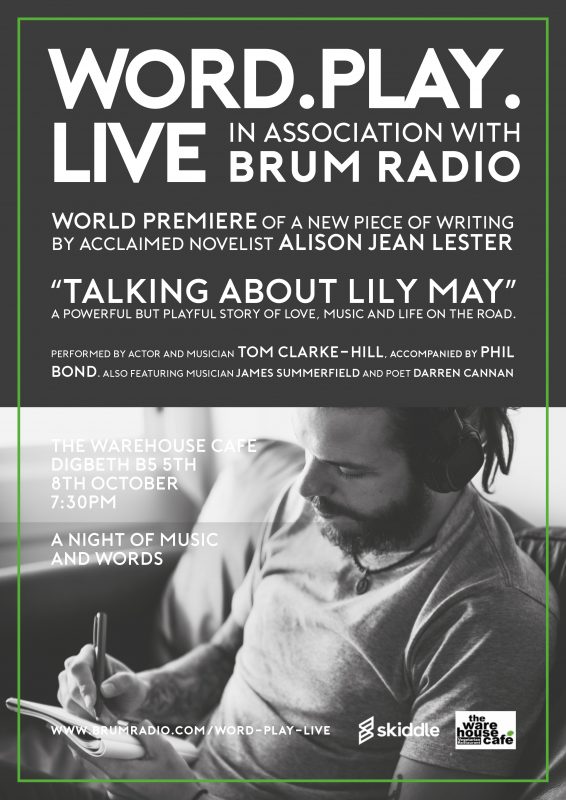 Word.Play.Live – World Premiere of a new piece of writing by acclaimed novelist Alison Jean Lester. “Talking about Lily May”  A powerful but playful story of love, music and life on the road.  Introduced by the author and performed by actor and musician Tom Clarke-Hill.

The story of Sam, a blues musician with many years on the road, who after years of playing fast and loose in love, meets the eponymous Lily May , a backing singer who changes everything.  To win her over he writes her a song, “Middle of the River”, but will it be enough?

This unique event will include a world-first presentation of the story itself, along with a performance of Middle of the River, the song from the piece, which has been specially composed and will be performed by veteran musicians Tom Clarke-Hill and Phil Bond.  Who will also be playing other music throughout the evening.

The show will also feature music and poetry performances from James Summerfield and Darren Cannan, who have collaborated before on the Sounds of Arden album project.

This will be an unforgettable evening of words and music, and we strongly suggest getting tickets early as places are limited.

Where:  The Warehouse Café, Allison Street, Digbeth, B5 5TH