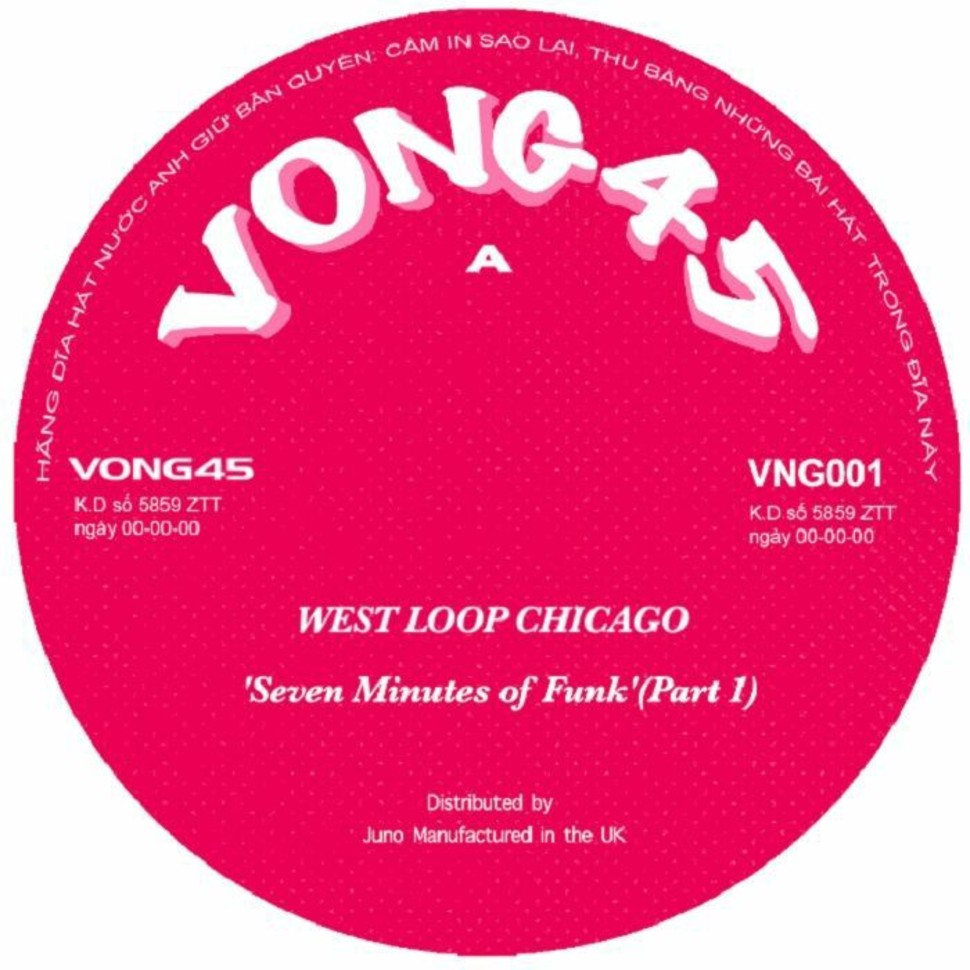 Local Birmingham/Walsall creators West Loop have reworked one of their super cool vinyl funk releases for a fresh push.

Originally recorded in a time when most were merely sampling old funk/soul records – these guys were replaying originals in the studio using authentic gear to get that warm analogue sound.

Taken from a series of three 7” singles from the Vong45 record label, here the West Loop collective remake some of their favourite soul, jazz and funk cuts aimed directly at the DJ fraternity.

This release in the series explores New York block party anthem ‘Seven Minutes of Funk’ by Tyrone Thomas as sampled by EPMD, Jay-Z and many more.

Essential for all funk, breakbeat and 45 collectors.