Home » Around The Web » A beginner’s guide to greyhound racing

A beginner’s guide to greyhound racing 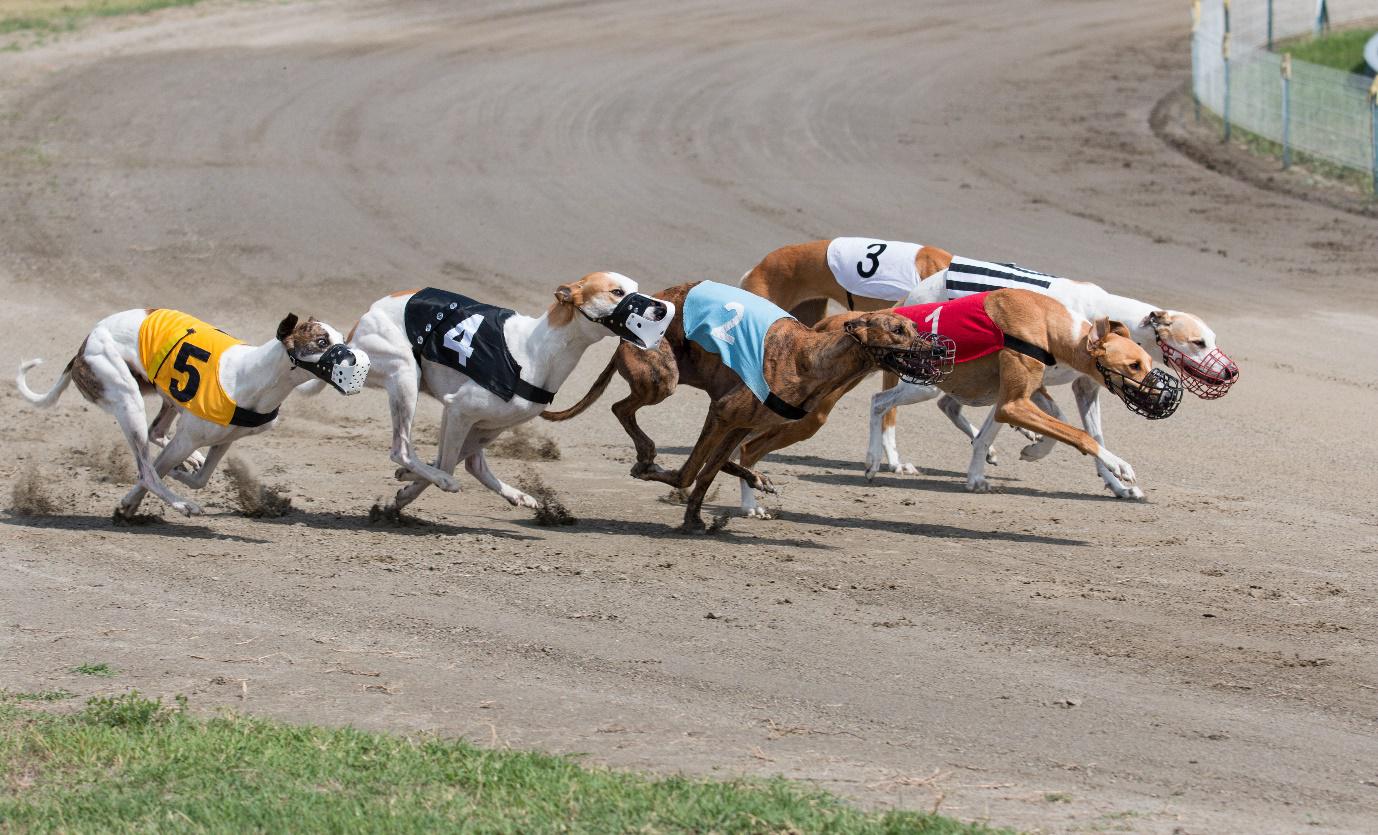 Greyhound racing has been a largely popular event for many years, the first proper race taking place on May 29th 1920, at New Park. Alongside the racing track would be many excited onlookers, clutching their betting slip and shouting for their chosen dog. The stadiums developed in the following decades, through renovations, facilities and technology. What’s more, the betting options also began to move online – included in the sportsbook tab on the Betdaq site – offering even greater odds than the brick-and-mortar bookmakers.

It can all sound a little daunting, can’t it? Well, not to worry, as we’ll be breaking down the fundamental details surrounding greyhound racing and the types of bets on offer!

In the UK, greyhound racing involves a total of six dogs in each race, with the following colour pattern:

The dogs are placed in boxes called traps at the start of every race, before they are released and required to chase an electric hare around a track, with the winner being whichever dog crosses the finishing line first.

Across the UK there are a whole host of greyhound racing tracks to choose from, their schedules alternating from morning, afternoon and evening, seven days a week. Some of the most favoured racing tracks are as follows:

For those of you that like a more instant series of races, there are also several virtual greyhound racing tracks to bet on, populated by animated dogs. Each bookmaker will likely have different names for these tracks, but not worry as they will all bare a great similarity to the real-life locations that you’ll have become accustomed to.

The easiest, and most common, way to bet on greyhound racing is to make your selection and place a win bet. This means that your numbered dog must finish first. You will also get the opportunity to choose to take either the starting price of that dog winning or the price of a win at the time you have placed the bet. The starting price means that whatever the price is before the race begins is what you’ll be paid out if your bet bags that win. This is also the case with horse racing – you have to note that within the hours before the race, prices are subject to change. Therefore, a lot of people will choose to “take” the price, which means they want to keep the price that’s advertised at the time of the bet. By doing this, you have a guaranteed price, and can work out exactly what you’ll receive if your dog wins. Of course, the price can still fluctuate, so you may end up missing out on a higher price, as well as potentially avoiding a lower one. It’s all down to how lucky you’re feeling!

Alternatively, you can also make a bet on a certain numbered dog to place. By doing this, you guarantee yourself a payout if your selection comes first, second or third. This is all dependent on the race or bookmakers that you choose to bet with, as some will only pay out first and second, or sometimes just the win. If you make a place bet then the odds will be lower if your dogs don’t win, but it’s the perfect bet if you simply want a better chance at a return.

Some people are now turning to ‘per head’ software. This enables people to become independent bookmakers themselves, opperating as a pay per head service which allows private bookies to give their players access to a fully equipped online sportsbook, casino and racebook. Benefits of using a price per head service are offering users the ability to offer a much larger menu of betting options on a daily basis, including those things that a private bookie does not normally offer to his clients, such as formula 1, global soccer, tennis, golf, propositions, casino gaming, and more.

Lastly, you can also make an accumulator bet across several dog races. With this, each selection must come through for you to grab a payout – but if they do, you’ll be in for the big bucks!