A Brief History of Horse-Racing in Birmingham 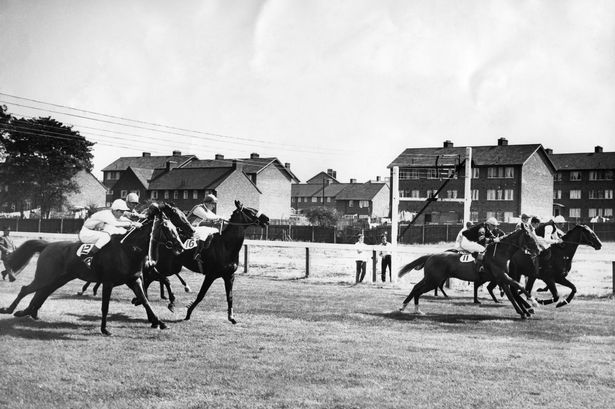 Not everyone is aware that horse-racing has a long and fascinating history in Birmingham. It is believed that that the first racecourse here opened in the mid-19th century, although the racing scene here really took off when the Bromford Bridge racecourse started operating at the end of the same century.

The Beginning of Bromford Bridge

This historic racecourse was opened by brothers known as John and Stanley Ford, with the Earl of Aylesford supporting the lease. They leased land that added up to a total of 42 acres for the horse-racing meetings that they planned to hold.Races were held over 11 furlongs, with a mile section for flat racing and a straight measuring 5 furlongs.

There are reports of both flat racing and steeplechase events taking place here. It was clearly a world away from modern races such as this year’s Grand National, the Twinspires.com Kentucky Derby odds or Dubai World Cup but it seems to have been successful.

The first race appears to have occurred in June, 1985. The details of this inaugural race have been sadly lost over time. The next important fact that is known is that the grandstand was destroyed in 1914, when a group of suffragettes burnt it down.

Having been used as an air-aircraft base in World World II, the racecourse changed hands in 1949. It was purchased by the Birmingham Racecourse Company, with the price reported as being £85,000. Redevelopment in the 1950s gave Bromford Bridge a new lease of life. This led to it hosting a 20 furlong handicap where the winner took home an impressive prize of £2,500.

The End of the Racetrack

The 1960s saw this iconic racecourse reach its sad end. Birmingham Corporation bought the land in 1965 for £1.25 million, with the idea of building a new housing estate there.

The 21st of June in 1965 was the day of the final race meeting here. Lester Piggott won two of the races that day. The last race was called the Farewell Maiden Plate and 12 runners took part in it. Reports suggest that it was a bleak, rainy evening when the final horses passed the post.

Greville Starkey, a jockey born in Lichfield, won that final race on a horse called Welshman. That final day, 9,500 spectators came to see the races. This was far higher than the usual attendance of 5,000 and it was noted that regular crowds of this size might have kept the racecourse alive.

Over the years that followed, the Castle Bromwich village was built on the site. Visitors to this area may notice that many of the roads have been given names that are related to horse-racing, such as Kempton Park Road and Goodwood Close.

The red and white winning post was given by Lord Willoughby de Broke, who was the chairman of the Birmingham Racecourse Company, to Birmingham City Council. It was placed on a children’s playground in Bromford Drive but has long since disappeared.

Why Did It Disappear?

Looking back now, it appears that bad weather played its part in the downfall of Birmingham’s racecourse. In January of 1965, the cold winter led to 6 of the 8 planned meetings being cancelled

It should be noted that the Betting and Gaming Act 1960 also had an effect. This new legislation took betting of the street and into bookmakers. Both horse racing and greyhound racing suffered in the years following this. People could bet in the new bookmaker’s shops rather than go to the racecourse.

The need for new land to build housing estates on was also hugely important at the time. The 1960s also saw the likes of Buckfastleigh Racecourse in Devon and Hurst Park Racecourse in Surrey close their doors for the last time.