Home » Around The Web » A brief history of stained glass windows 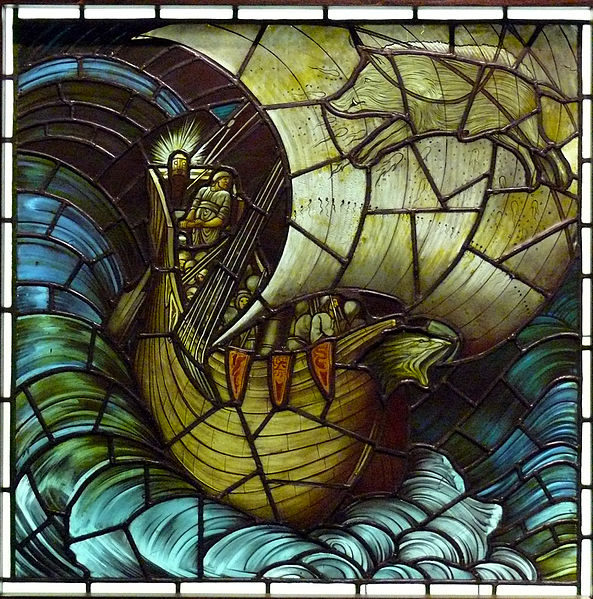 It’s hard to miss the allure of a stained glass window. They rank among some of the most beautiful architectural sights that date back centuries.

If you’ve ever discovered an old stained glass window while refurbishing a property, you may be interested to know where it came from. What’s the story behind it? Why was it put there in the first place?

What does ‘stained glass’ mean?

The term ‘stained glass’, as you might expect, comes from the coloured glass used as a material for windows or artefacts.

Unlike much of English terminology, the phrase ‘stained glass’ has been used almost exclusively throughout history, to describe windows that feature painted glass.

Found on churches and other religious buildings, stained glass windows have also made their way into grand modern architecture, as well as people’s home designs.

Stained glass can even be double glazed these days. The process involves sealing the stained glass panel within a double glazing unit, thus forming three layers of glass.

How far does stained glass date back?

In fact, stained glass dates all the way back to both the Romans and the ancient Egyptians, who were particularly skilled at creating it.

There is plenty of evidence today of original stained glass windows in many of England’s 7th century churches. The earliest reference comes from Benedict Biscop who, in 675AD, tasked workmen from France with glazing the windows of a monastery he was building at Monkwearmouth.

If we look even further back to the early Christian churches of the 4th and 5th centuries, we find windows decorated with ornate, beautiful alabaster patterns, set into wooden frames. Although not quite the same as ‘real’ stained glass, this gave the windows a very similar effect.

Has the making of stained glass windows changed?

Not really. Unlike so many aspects of building design, stained glass window construction has stayed largely true to its roots.

The process of combining separate pieces of coloured glass in a lattice of lead is essentially what stained glass is. In its earliest incarnations, the glass included details of faces and hands that had been fired onto it with brown or black paint.

Around the year 1300, yellow stain was discovered, and that gave designers the ability to turn blue glass green, or white glass yellow. As a result, more intricate designs could be created, including hair, crowns and halos.

A decline in skills

Stained glass design and production continued to thrive throughout the 17th and 18th centuries, but after a while the craft gradually began to dry up as skills were lost down the generations.

In the 19th century, several craftsmen decided to try and rediscover the early techniques behind the manufacture of stained glass windows, and this led to older pieces being refurbished, as well as a Gothic Revival of the skill.

These technical experiments in the 1850s led to significant advancements in the construction of stained glass windows. As a result, those that are still in existence today have a quality and craftsmanship which is hard to ignore.

We’ve only scratched the surface of stained glass windows’ long and illustrious history here, but as we have seen, staining glass is a colourful and beautiful art form that hasn’t lost any of its appeal in our contemporary society.