Home » Around The Web » Abba Classics review by Amy Stutz

Published by Amy Stutz On January 6, 2017 Leave a response 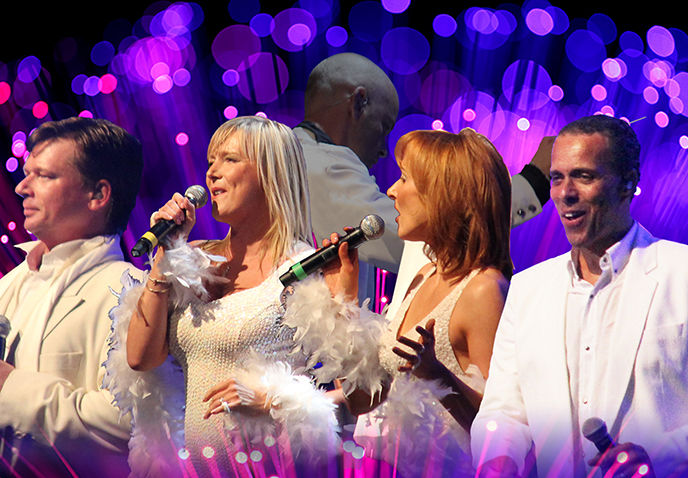 The Symphony Hall continued their Christmas season with an evening of classic songs from everybody’s favourite 70s band – ABBA.

The four singers of the evening, Annie Skates, Emma Kershaw, Dean Collison and David Combes filled the Symphony Hall with an abundance of ABBA classics.

Opening with an overture and ABBA medley, it was clear the London Concert Orchestra were going to provide us with sensational sound. It was fantastic to be able to hear the intricacy of ABBA’s music through a large orchestra with varying instruments. It really brought the music to life and provided infectious energy.

Resembling ABBA themselves, the singers took to the stage in complete costume, reflecting the iconic look of the band in that era. With glitzy dresses and shiny flares, it brought a lot of fun to the show. With a swift change during the interval, they wowed us with their timeless ABBA get up in all white.

Singing every well known number from Gimme Gimme, to S.O.S, to Knowing Me Knowing You and of course Dancing Queen, their vocals were outstanding and mirrored that of ABBA, but with a contemporary twist. Together they all sound exceptional, however it is the women that stood-out. Anna Skates’ beautiful rendition of Chiquitita was sang soulfully with a sweet but rich tone.

Conductor Pete Harrison provided both trivia from the band, and a fully energised performance. He welcomed the singers on stage, and took us through the ABBA years, from when ABBA first formed with all their number one hits.

Making the evening such a success, was the singer’s interaction with the crowd. As we ventured into the disco era of their music, they had the whole audience up on their feet singing and dancing along.

Filling the Symphony Hall with sound, it was an evening filled with fun and bursting with energy.