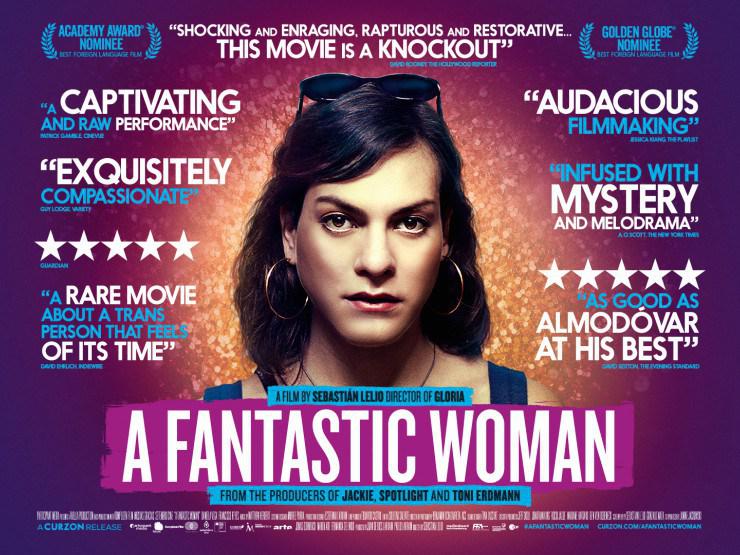 Chilean director Sebastián Lelio (Gloria) returns with a groundbreaking, captivating and deeply humane story about a trans woman’s fight for acceptance. Anchored by a powerhouse central performance from rising star Daniela Vega, this Oscar-nominated film is an urgent call for compassion towards a community that faces bigotry and hostility on a daily basis.

Vega plays Marina Vidal, a young singer whose life is thrown into turmoil following the sudden death of her partner, Orlando. Met with suspicion from the police and contempt from her lover’s relatives, Marina finds herself placed under intense scrutiny, with no regard for her privacy, or her grief. As tensions rise between Marina and Orlando’s family, she is evicted from their shared home and banned from attending his funeral. But faced with the threat of losing everything, Marina finds the strength to fight back.

From the producers of Jackie and Toni Erdmann, A Fantastic Woman is an outstanding, timely work. Soaked in luminous visuals and elevated by elegant flights of surrealism, the film recalls the very best work of Pedro Almodóvar. It is a courageous, audacious and defiant declaration of Marina’s status as a woman – and a fantastic one, at that.

“As good as Almodóvar at his best”  ★★★★★ – David Sexton, The Evening Standard