Published by Sally Jones On September 30, 2016 Leave a response 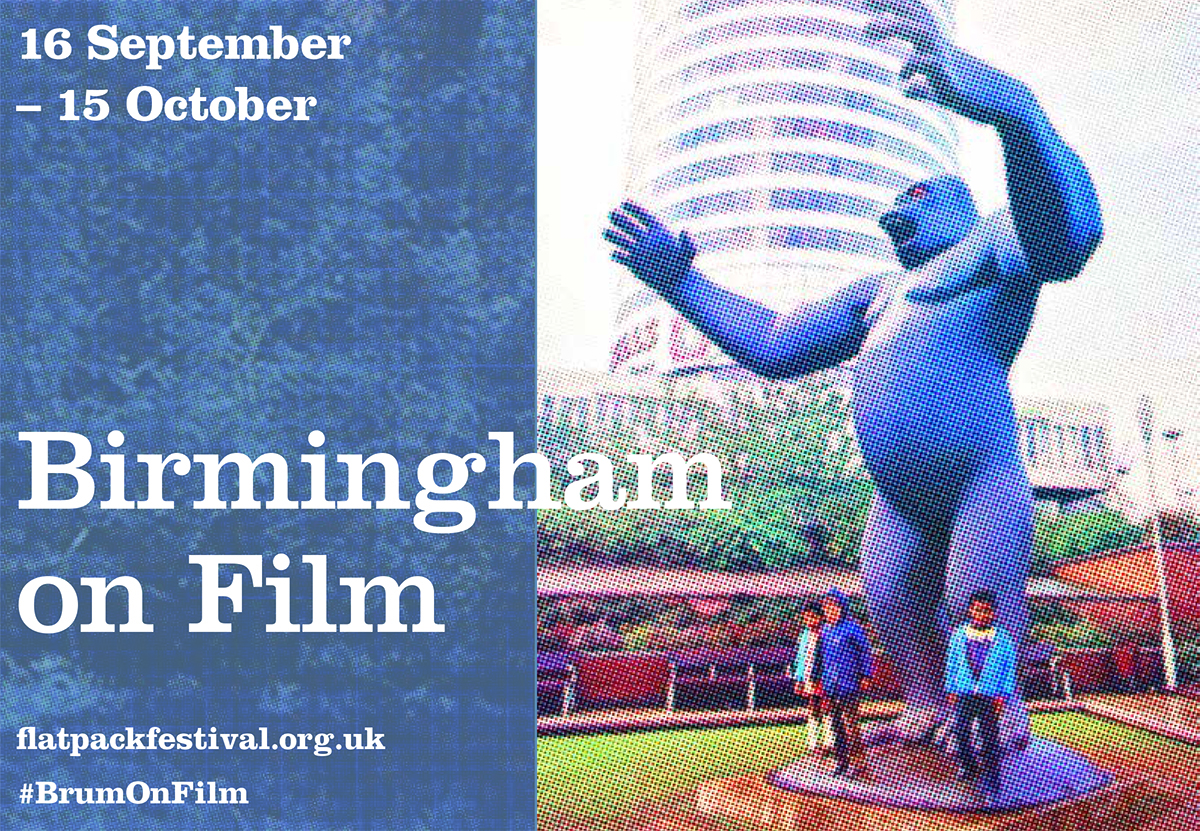 Catch it before it finishes, a month of Birmingham-related archive screenings and film themed events from the Flatpack Festival team. If you want to take the kids along, there’s Brum on Film: Family Edition at Regency Wharf on 8 October, with old favourites Brum (obviously) and Rosie & Jim. For something a bit more grown up, there’s City of a Thousand Locations, which offers the chance to have a look behind the scenes of recent movies shot in Birmingham, The Girl with all the Gifts and The Game. Thw discussion will be chaired by Sindy Campbell of Film Birmingham with input from Ian Hutchinson, location manager on The Girl with all the Gifts and Ali James, location supervisor on Spielberg film Ready Player One shot in Digbeth and the Jewellery Quarter. Ticket prices vary.

This free exhibition at BMAG was put together after an open call for artists working in the Midlands or who have graduated from a Midlands-based University in the last three years to respond to the theme of Leisure. From walking, drinking, obsessive collector to documentation of community action to save a local swimming bath, the exhibition is a fascinating insight into how people spend their time when they’re not at work or on Facebook.

Celebrate the art of Donald Rodney at Vivid Projects, check out a double hitter of exhibitions The Fall and Within the Land at the Jubilee Trade Centre, see a one-off performance inspired by 90s game shows from artist Beth Kettel at Eastside Projects, or schmooze with arty types at the launch of Mitra Saboury’s digital publication including writing by Anneka French, Dr. Ben Parry and Cathy Wade. Finally you can party the rest of the night away at The Edge with left-field music night Club Integral, complete with South African cuisine from Ubuntu Foods. Ticket prices vary.

Three fabulously nautical films from the classic comedy double act, The Live Ghost, Men O’War and Our Relations. Presented by the Grand Sheik of the Birmingham branch of the Laurel and Hardy Appreciation Society, John Ullah. Tickets £8, £6 concessions.

Artist Mahtab Hussain is lead artist for Black Country Voyages 2016, a art programme for local people that takes place on a canal boat. As part of the final year of the programme, Hussain presents Mitta KA Gur – a scaled down replica of traditional Pakistani clay house and a showcase of mini clay houses made by visitors to The Auspicious Journey. The exhibition also features a sound installation and Hussain’s tintype photographic portraits of people affected by the Mangla Dam construction.