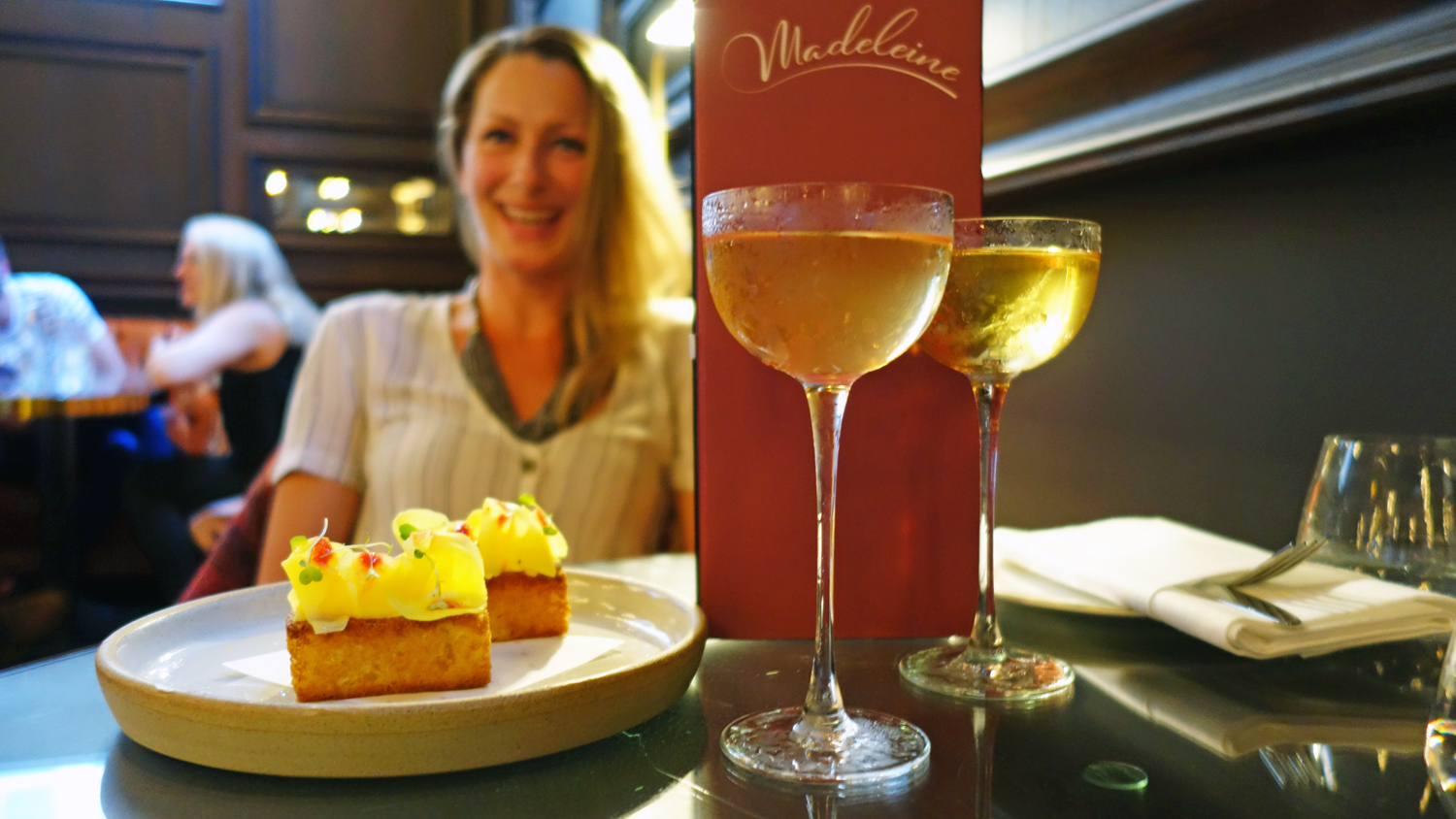 Team Grapevine were invited to try out Beluga Vodka Martini Matchmaker experience ‘The Golden Hour’ cocktails with a brioche toast, to accompany the cocktail, at Madeleine Bar in the Grand Hotel Birmingham last weekend.

The Grand Hotel has undergone a huge make-over by Hortons Estates and is now the most oppulently stunning hotel in the city.

Service is second to none and staff are so attentive but also not too over-the-top which some may expect from such a glamourous location.

We were seated quickly and were pleased to see a variety of people enjoying the atmosphere, not just suits and swanky dresses, but a genuine mix of people.

The Martini tasted extremely strong and we both enjoyed slowly sipping our drinks. The only bug-bear is the glasses are dusted with powdered raspberry before being frozen, this then drips red lquid everywhere and stained a new white shirt. We did bring this to a member of staff’s attention and they were most apologetic and probably just needs a minor tweak.

Apart from this the brioche was delicious and accompanied the Martini perfectly and set us both up for what turned out to be a great night sampling Birmingham’s night life.

We will be back to try these tasty cocktails in the near future!