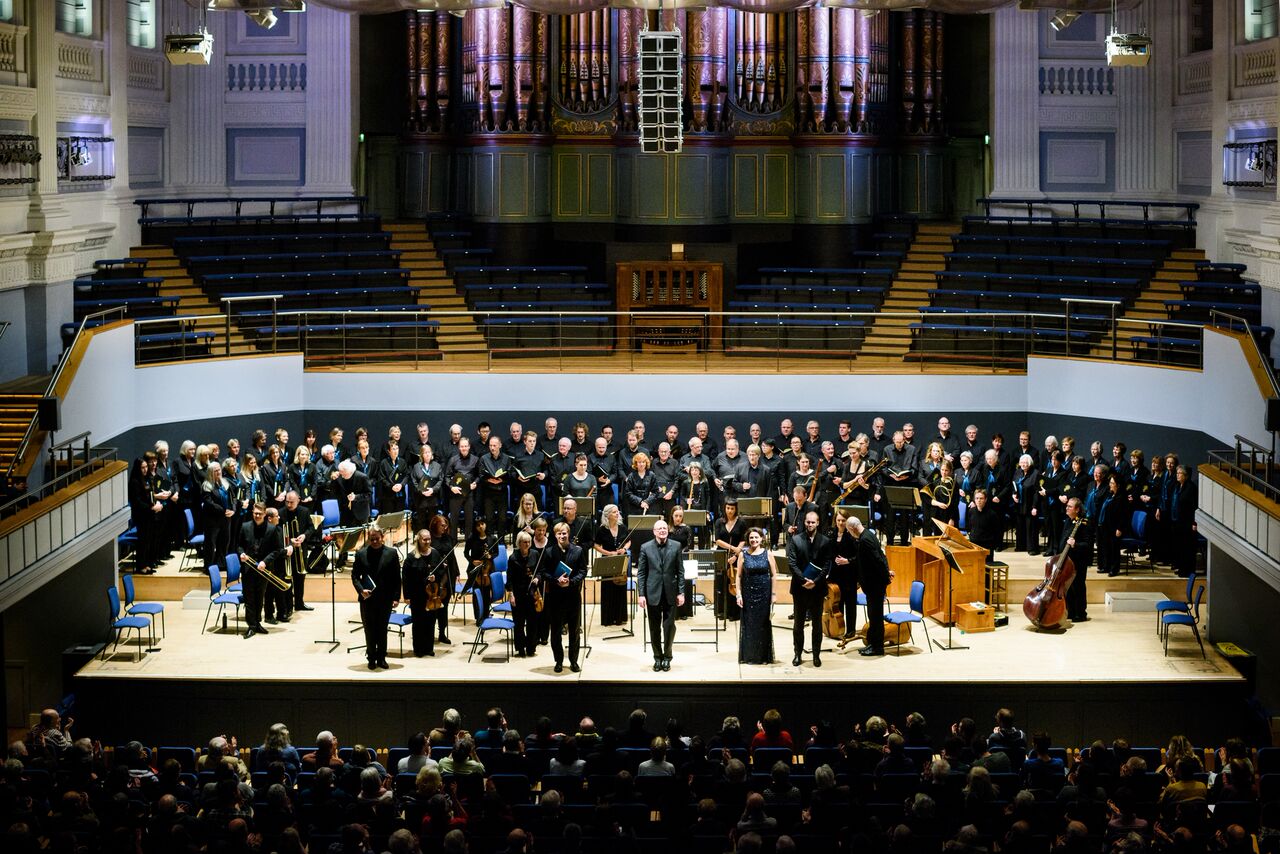 The popular afternoon service, which is free, features a series of Bible readings with seasonal music performed by the choir, interspersed with congregational carols.

Among the many pieces the choir will sing are Lauridsen’s wonderful O Magnum Mysterium and magical music by Avo Part and Howells, while popular carols include O Come All ye Faithful, Once In Royal David’s City, and Hark The Herald Angels Sing.

Situated in Highgate, close to Birmingham city centre, St. Alban’s Church was built in the late-19th century to cater for the city’s rapidly expanding inner city population. An impressive Grade II* listed Gothic Revival church, it boasts many fine features, including stunning ornamental screens by Kate and Myra Bunce – one of the city’s hidden art gems, and created by siblings strongly associated with the Arts and Crafts and Pre-Raphaelite movements.

Philip Bellshaw, Chair of Birmingham Bach Choir, said: “We are looking forward to this joyous occasion. Due to Covid we have not been able to hold this service since 2019, so it will be especially moving to once again join with everyone in St Alban’s.”

The service follows a packed performance of Bach’s Christmas Oratorio at Lichfield Cathedral in November to mark Paul Spicer’s 30th anniversary as the choir conductor.

Join Birmingham Bach Choir for Nine Lessons And Carols on Sunday 18 December 2022 at St Alban’s Church, Conybere Street, Highgate, Birmingham B12 0YH at 3.30pm. Admission is free (with a collection during the service). No tickets or prior booking required. For more information, see: www.birmingham.bachchoir.com

As one of the UK’s leading large chamber choirs Birmingham Bach Choir has been contributing to the musical life of the West Midlands since 1919, making it one of the longest established musical groups in the area. Although the main focus is the Baroque period (especially JS Bach), the choir performs music spanning over 500 years, including 20th and 21st century works.

2019 was the choir’s centenary, a year which saw the choir make a series of special appearances, including a Gala Concert in Lichfield Cathedral and a performance for Royalty.

For more information about the church, see: www.saintalban.co.uk