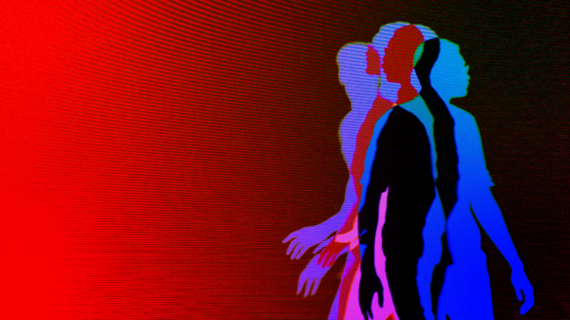 As the cardboard box full of tinsel that is Christmas is shoved back into the loft for another year, we can start to go back to normal and focus on the world around us again. If you fancy a bit of culture, innit, here’s a preview of the things worth seeing this Spring.

Anna Katarzyna Domejko’s first solo show, Unreal stories, brings together new paintings and installations that look to world news stories as inspiration. As you would expect, they often address difficult, controversial topics, including armed conflict and political unrest. The stories are filtered through mass media and the exhibition aims to highlight the blurred boundaries between fact and fiction, perception and reality, and whether we can ever really know what is real.  The exhibition presents the series of oil paintings, water-coloured self-portraits, new installations and an animation created in collaboration with sound artist Emilia Moniszko. 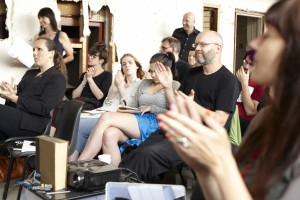 Not an exhibition as such but a really exciting way to find out more about the arts and tech scene, which according to BOM (Birmingham Open Media) is really thriving around here. The building has gone from derelict to almost painfully trendy art and tech making space (think hipsters who know how to code and you’re pretty much there) and is home to a gallery, working and co-working spaces, wet lab and open studios. There’s also a cafe if your real interest in art is just to look intelligent while you get a soy latte.
The tour will show you around the space and give you an insight into the arts and tech scene in Birmingham, and it’s worth it for the chance to have a look around and find out more about what’s going on. There’s no need to book, just turn up.

The first solo exhibition by former director and cameraman, Mosquito’s work uses film, music, theatrical performance, video and installation to look at the global world we now live in, whether we like it or not. The exhibition looks towards a future where the boundaries between what is popular culture and what is fine art are distinct and exact, while also acknowledging his own self-awareness as an artist concerned with the wider political world, especially Angola. As you might guess from this, it’s an attempt at knowing irony that might even be successful. 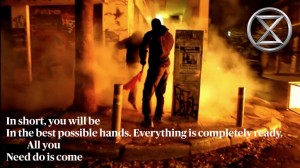 The centrepiece of the exhibtions is Nástia’s Manifesto (2008), a circular projection suspended just above the floor, based on the keywords “Hypocritical, Ironic and Do Not Give a Fuck”. As you might expect, some of the exhibition contains adult content and requires parental guidance.

This art event, presented by Keith Dodds, Laurence Price & Cathy Wade, looks at what might have come to pass if the economic collapse had been joined by history giving up and not bothering with this whole tedious linear thing. The pieces will be continually reworked during the duration of the event to present a unique unfolding narrative that uses skewed film, image and documents to explore the space created when the mask of reality slips. You will certainly be mentally filing this one under interesting, if you make it out. The blurb promises you’ll be in the best possible hands but what the means in a space of unreality is anyone’s guess. Good luck.

Back for a third year, this exhibition collects the best work from some of the most promising pool or recent arts graduate from the West Midlands region. Expect a lot of talent and lot of experimental stuff you definitely won’t really get, but that’s what you lot like isn’t it? You might even spot the next Grayson Perry or Tracey Emin, but probably not. Write down some names to throw around for a convincing bit of patter you can drag out at really boring dinner parties for the next few months. 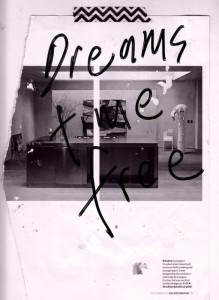 There are bound to be some art based brain farts on display (the website promises a six foot sock monkey and unsettling human-like sculptures, which is either incredibly exciting or horrifically dismaying, depending on your disposition) but you might just find some ideas to take home in your head and think about, and what more can you ask of art?

Can you wait until February for something to mirror our everyday experience of production, consumption and spectatorship? Well, you’ll have to I’m afraid. Jenner uses collage and collections of found material, including jpegs, signage, photos and magazine and newspaper cuttings, metaphorically (I hope) ingesting them and then excreting works formatted for display. Yep.
This new work, which runs alongside his ongoing project Foam, sees the gallery space at Grand Union transformed into social space and display environment for his work (no one tell him that’s how galleries work anyway, yeah?).
Forget the waffle and just enjoy the intriguing ideas and cultural archive, including a collection of specially commissioned dub plate records by 115 contemporary artists that can only be experienced in situ.