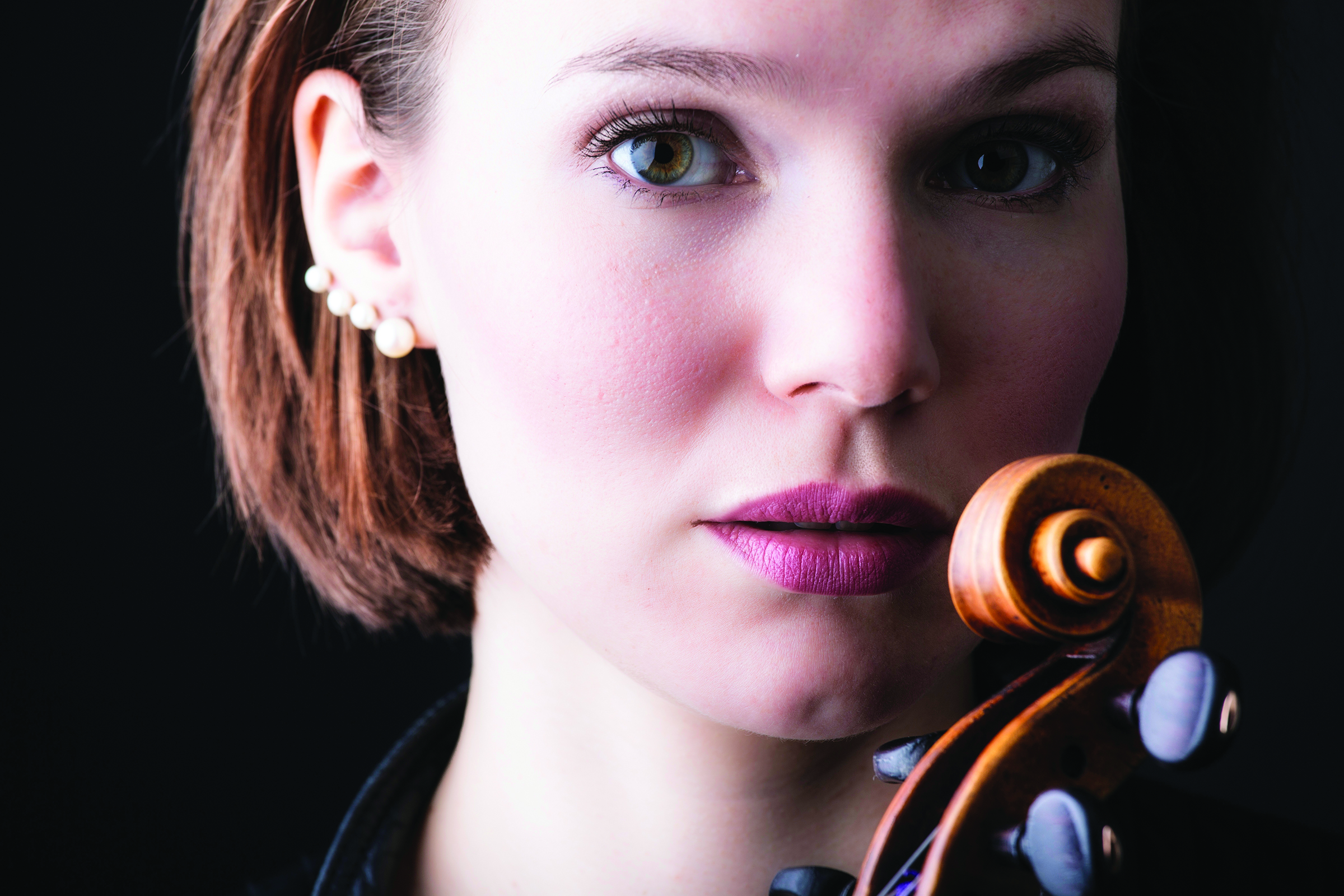 Renowned for the graceful beauty and poetic sensitivity of her playing, violinist Tamsin Waley-Cohen opens the Birmingham Classical 2016/17 season with a recital on 3 October 2016 at Birmingham’s iconic Town Hall.

Already extremely popular with Birmingham audiences from her time as Associate Artist with Orchestra of the Swan, Town Hall Symphony Hall selected Tamsin to be the British nomination for the prestigious European Concert Hall Organisation’s (ECHO) Rising Stars programme.

Tamsin will launch her European tour and make her Rising Star debut at the Town Hall recital with her regular duo partner Huw Watkins. The pair will then go on to perform at Het Concertgebouw Amsterdam, Philharmonie Luxembourg, Cité de la musique – Philharmonie de Paris and Barbican Centre London, to name a few.

This concert is dedicated to the late and much loved Lyndon Jenkins, Town Hall Symphony Hall’s Music Adviser from 2004 – 2014, and a highly respected journalist, author, lecturer and broadcaster on music. Money raised from Lyndon’s memorial concert at Town Hall in 2014 has been used to fund part of Tamsin’s debut recital.

“I felt very honoured when Birmingham chose me as the only British nominee and could not believe it when I received the award. I haven’t played in most of these places before, so there will be a lot of debuts for me next season and a real chance to connect with new audiences. I’m so pleased to be starting at Town Hall Birmingham, which is the perfect venue for chamber music.”

Tamsin’s ECHO Rising Star recitals represent the natural next step in her artistic development, “Playing concerts is really the only way for an artist to find the freedom of communication and discover how to make connections with the public,” she notes. “There is almost a dialogue between performer and audience; at least it’s a two-way communication. The ECHO Rising Stars tour, I believe, will allow me to explore this magical process and share the experiences that music evokes with a large audience. I feel that I learn new things and develop as a person and as an artist with every concert I play.”

Tamsin Waley-Cohen is one of the most inspiring of Britain’s younger violinists and I am delighted that we are able to support her ongoing development through this prestigious European concert hall tour. This is a fantastic opportunity for Tamsin and a strengthening of Birmingham’s connections to the rest of Europe’s classical music scene.”

Tamsin Waley-Cohen will be in recital at Birmingham Town Hall on Monday 3 October at 7.30pm.