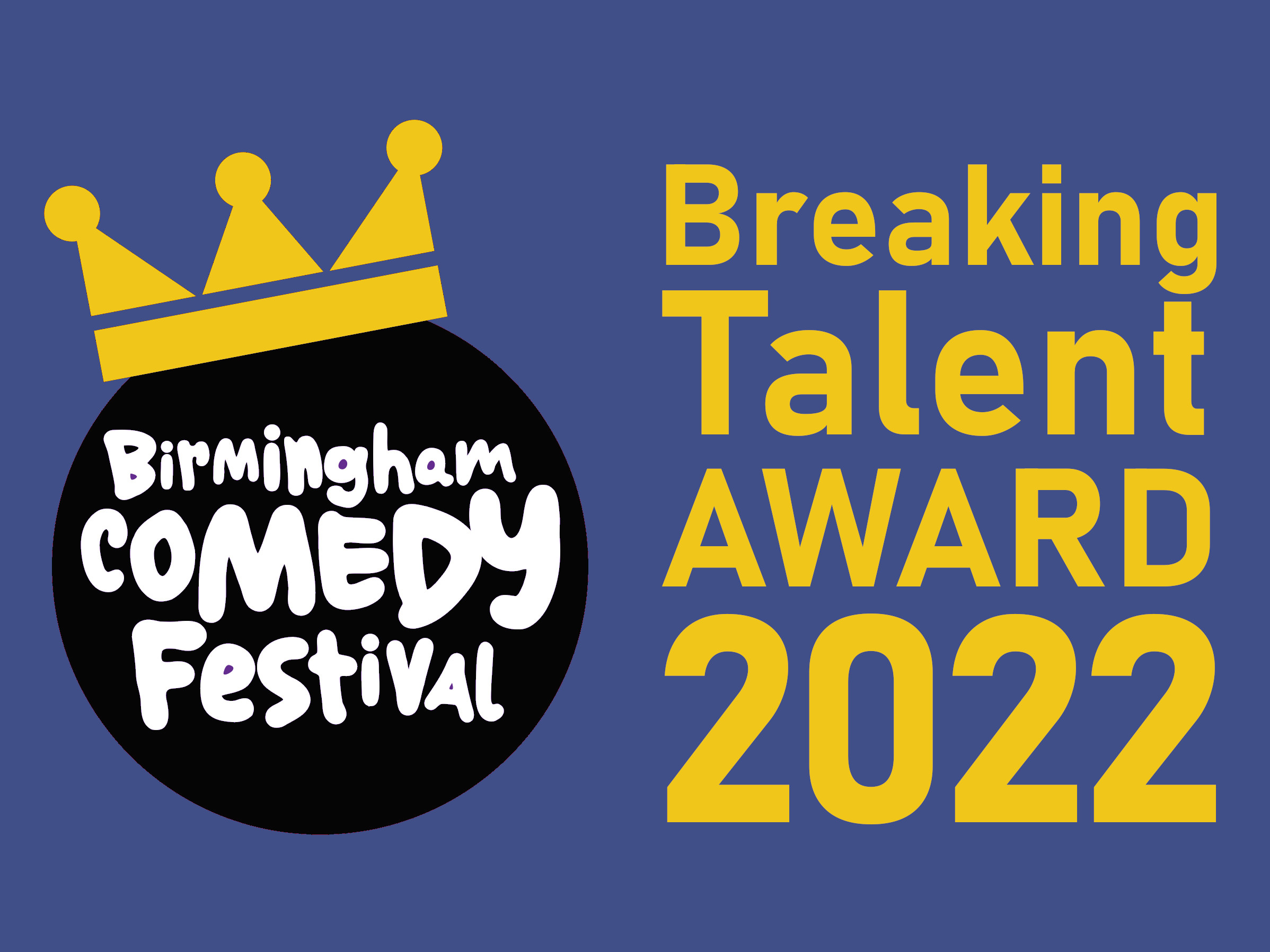 The West Midlands’ biggest comedy prize is set to return this autumn after a two yearhiatus.

Hailing from Birmingham, Richard Dadd made his stand-up debut at Cradley Heath’s The Holly Bush, in 2019. By day a voice-over artist, Richard is best known for appearing in character as Satan, and describes his style as “sheer fiction,” often combining comedy with “a dash of tragedy.”

“During lockdown, I took my stand-up characterisation of Satan and turned him into a more rounded and fleshed-out character by subjecting him to intense philosophical interrogation from Eric Rushton for our podcast, Tea With The Devil,” explains Richard. “This evolved into a two-man live show which we debuted at Birmingham Comedy Festival 2021, and it was one of the most thoroughly enjoyable gigs I’ve ever done.”

Born in Sutton Coldfield, Tal Davies grew up in nearby Tamworth, and now resides in Birmingham’s Jewellery Quarter. A graduate of James Cook’s popular stand-up comedy course, Tal made her debut at the Hare And Hounds, Kings Heath, Birmingham, in February 2019, and cites Sarah Millican, Joe Lycett, Dylan Moran and the late Sean Lock as some of her formative inspirations.

Discussing her approach to comedy, Tal says: “I blend sarcastic, observational humour with self-deprecating stories based on my own life experiences, and throw in some daft pop culture references too. My delivery is quite deadpan and low energy so I try to ensure my writing is sharp to compensate for that. I’ve been told I have a ‘way with words’, so I aim to use that to my advantage when embellishing my embarrassing tales of woe.”

Jules O’Brian first took to the stage in 2017 for a charity night at The Comedy Loft, in Birmingham. A keen fan of Rik Mayall, French and Saunders, Victoria Wood, and Joan Rivers, as well as Katherine Ryan, Tim Minchin, Amy Schumer, and the Brum-based Luisa Omielan, Jules states her stand-up style is “Butter wouldn’t melt meets Is That All There Is?” (the latter, a reference to the dark song made famous by singer Peggy Lee).

Birmingham “born and raised,” but now living in Dudley, Lovell Smith is another graduate of James Cook’s comedy course, first performing in public at the end-of-course showcase, at the Hare And Hounds, in mid-2019. With a style that’s “self-deprecating with observations on every day life,” Lovell’s already appeared with such notable acts as Nathan Caton and Guz Khan. Currently between jobs, (“technically that makes me a full time comedian,” he smiles), he’s a big fan of Joe Lycett and Black Country comic Darren Harriot.

“In an industry which is heavily based on location [and] usually being in London, those two are proud Brummies that are doing really well,” he says.

A resident of Castle Bromwich, Birmingham, Hannah Weetman also began performing in 2019, and currently combines stand-up with working in a Brum call centre, advising callers about council tax (“Ironic as I live with my parents and don’t pay council tax,” she laughs).

A spokesperson for Birmingham Comedy Festival said: “After temporarily pausing Breaking Talent in 2020 and 2021, due to the pandemic, we’re so pleased the award is finally back, and with an amazing line-up of next generation West Mids talent. This will be a tough decision for our judging panel!”

The Birmingham Comedy Festival Breaking Talent Award 2022 takes place at The Glee Club, The Arcadian, Birmingham, on Friday 7 October 2022. The night is compèred by James Cook and closes with a special set from Glenn Moore. Tickets £12 (£9 NUS) + booking fee, from 0871 472 0400. For more information see: www.bhamcomfest.co.uk

The West Mids biggest comedy prize is back! A hand-picked selection of the very best emerging acts from across the region compete for the prestigious annual title. With Richard Dadd, Tal Davies, Jules O’Brian, Lovell Smith and Hannah Weetman. Plus special guest, Glenn Moore, and compèred by James Cook.