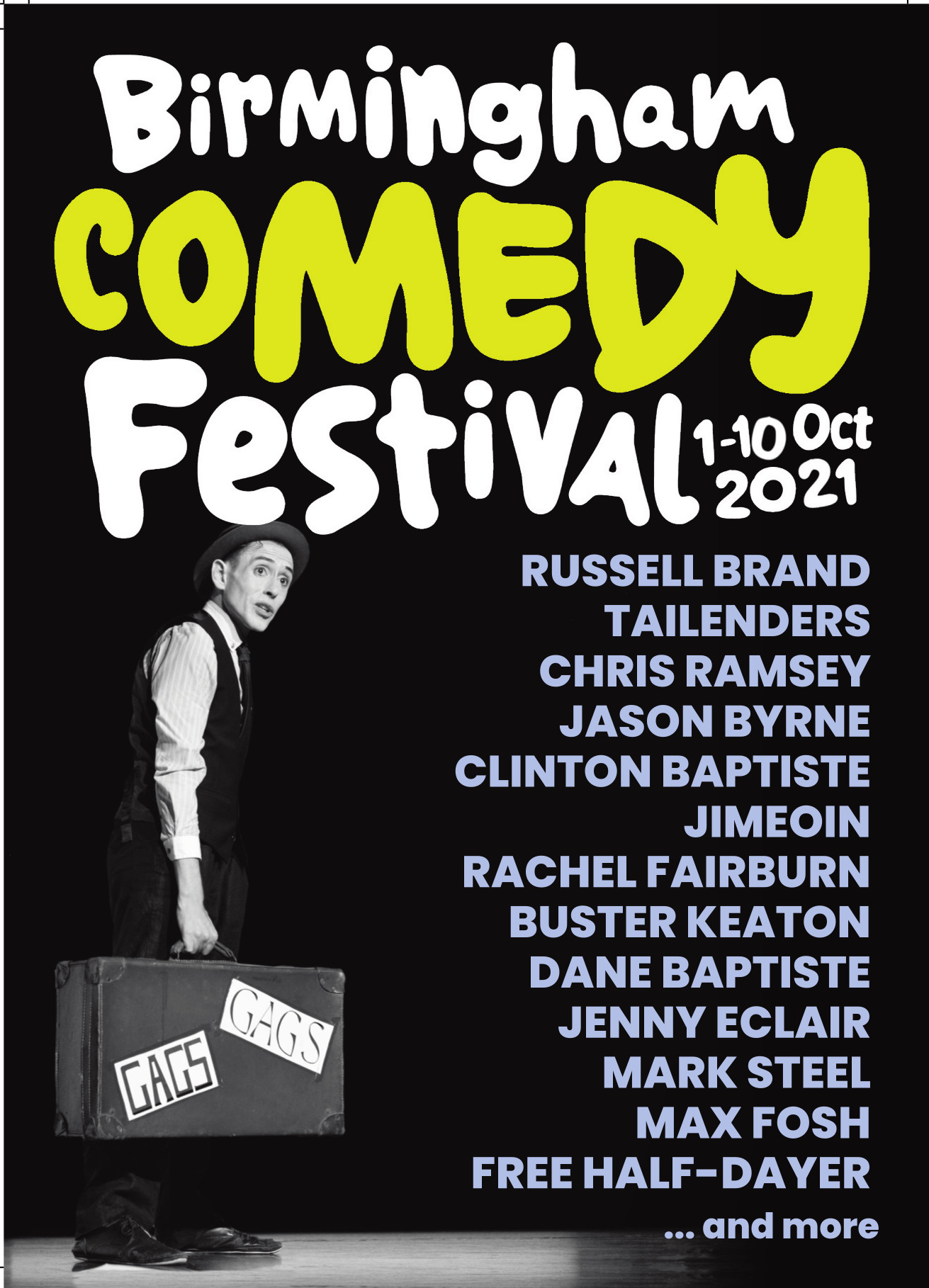 After a year online, Birmingham Comedy Festival is back in the room for 2021.

Running from Friday 1 to Sunday 10 October 2021, the popular arts festival features over 40 shows, from big name acts, to emerging newcomers.

The festival also features some of the best acts from across the region, including former Birmingham Comedy Festival Breaking Talent Award winners Josh Pugh and Celya AB, plus Mary Flanigan, Danny Clives, Good Kids and Eric Rushton (who won the prestigious Leicester Comedy Festival Comedian Of The Year Award in 2020).

A spokesperson for Birmingham Comedy Festival said: “We’re so excited to be back. The response to last year’s online festival was fantastic, and we’re hoping to continue with a few digital activities, but you just can’t beat seeing comedy with a roaring audience – the laughter’s infectious!

“And this year is extra special for us as it marks our 20th anniversary – which we can’t quite believe! We reckon this makes us the second longest running comedy festival in the UK, and one of the longest running independent arts festivals in the West Midlands!”

Birmingham Comedy Festival runs from Friday 1 to Sunday 10 October 2021 at venues across the city. For more details, including the full programme, see: www.bhamcomfest.co.uk