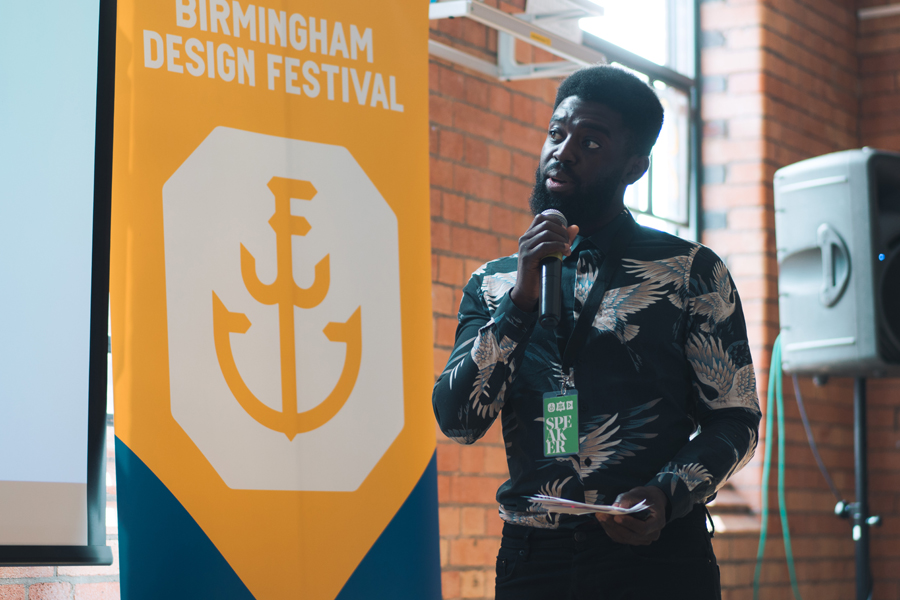 Birmingham’s creative quarter and one of the city’s most distinctive neighbourhoods has revealed its new brand. The brand will be presented at the Birmingham Design Festival this June which takes place in the Custard Factory, and celebrates the rich character of Digbeth, an area that has been a place for manufacturing since the Middle Ages and played a key role during Birmingham’s industrial revolution.

The brand echoes Digbeth’s industrial roots and its evolution into a neighbourhood defined by industry and innovation. The identity is informed by extensive interviews conducted with local business owners, who spoke of the area’s special character and their desire to see it live up to its potential.

To celebrate Digbeth’s character, dn&co collaborated with Colophon Foundry to create a bespoke typeface inspired by the neighbourhood – Digbeth Sans. The font will be free to download by anyone who lives and works in Digbeth, ultimately creating the neighbourhood’s very own typeface. In June, attendees at the Birmingham Design Festival, taking place at Digbeth, will also be invited to download the typeface.

Digbeth Sans is composed of several layers – including inline, outline and shadow – that can be dialled up or down to be as expressive or as restrained as needed. The result is a flexible typeface, full of personality – much like Digbeth itself.

The brand colour, unmistakably yellow, is a nod to the innovative eggless Bird’s Custard powder, which was manufactured out of Digbeth. Today the Custard Factory is one of Birmingham’s most desirable locations for creative businesses.

James Craig, co-founder of Oval says, “Our new brand reflects Digbeth’s unique heritage and its potential for the future. It celebrates the eclectic mix of makers and creators that makes Digbeth what it is today, acting as a beacon for meaningful revitalisation.”

The brand will be launched at the Birmingham Design Festival, a celebration of local, national and international design, taking place at Digbeth, and other venues around the City between the 6th and 8th of June. The theme of the Festival this year is ‘Truth’. On the 6th of June, Joy Nazzari and Patrick Eley, of dn&co, will share their experience working with places with a strong heritage, and call on designers to have the courage to create places that truly work for people, and build a positive vision of place.

Other key events at the festival include:

A show curated by Phorm to open BDF 2019 at the Factory Works in the Custard Factory. 1800 until late.

Arup’s team of designers, planners, engineers, consultants and technical specialists are hosting a series of workshops and events related to design and the wider environment