Home » Around The Web » Birmingham: It’s thriving for a reason

Birmingham: It’s thriving for a reason 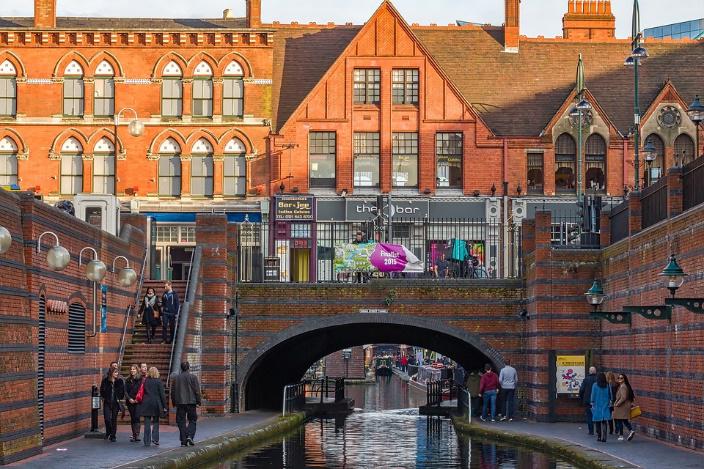 Once upon a time there was one city and one city only that was grabbing the headlines in the UK. You guessed it; it was London.

Now, things are changing. Unsurprisingly, we’re talking about Birmingham, and over the last few years we have seen a surge of people who have moved to the city. As we all know, there have been a whole host of initiatives behind this, including the Big City Plan which was set out back in 2010.

For the purposes of today, we are going to look at some of the more tangible reasons people are packing up their things, exploring local storage options and ultimately re-locating in Birmingham. Let’s now dive into them.

We mentioned the Big City Plan in the introduction to today’s article and while this mainly looked at the city from an urban perspective, it did also have something of a green-factor.

One of the elements was Eastside City Park, which has no less than 14,300 square metres of green landscape.

Of course, this is one of the newer additions. In truth, Birmingham has always been awash with green space, with over 500 parks said to be in the area. It means that as well as having that big city pull, there can be some green rest bite for those making the move here.

There probably won’t be too many raised eyebrows with this next point. After all, Birmingham is one of the largest cities in the country and it therefore shouldn’t come as a surprise to read it has the third largest economy. Ultimately, it’s jobs galore, and this is probably one of the reasons why so many people are attracted here in the first place.

On the topic of numbers, let’s now talk about the cost of living. Well, it’s true that the average wage is going to be lower than London. At the same time, it’s also true that rent and general living costs are also lower. The former, if some sources are to be believed, is 50% lower than the capital.

The sheer size of Birmingham means that it desperately needs a reliable transport system and fortunately, it does.

Granted, if you are adamant about driving, you are set to be disappointed. The traffic in this city is heavy to say the least, and means that most people rely solely on public transport. The West Midlands Metro will allow you travel all around the West Midlands, while inner-city buses are also very much accessible.

You can enjoy your downtime

Finally, this isn’t just a city based around practicalities. Sure, this is luring people in, but let’s not also forget that there are plenty of things to do. We’ve already touched upon the green spaces, but then there are the huge shopping centres, vibrant nightlife and excellent food scene. It all means that Birmingham is a place where you really can build a life – and people from afar are taking full advantage.

LikeTweetPinShareEmail
Subscribe to Newsletter
Categories: Around The Web, Around The World
← PreviousNext →