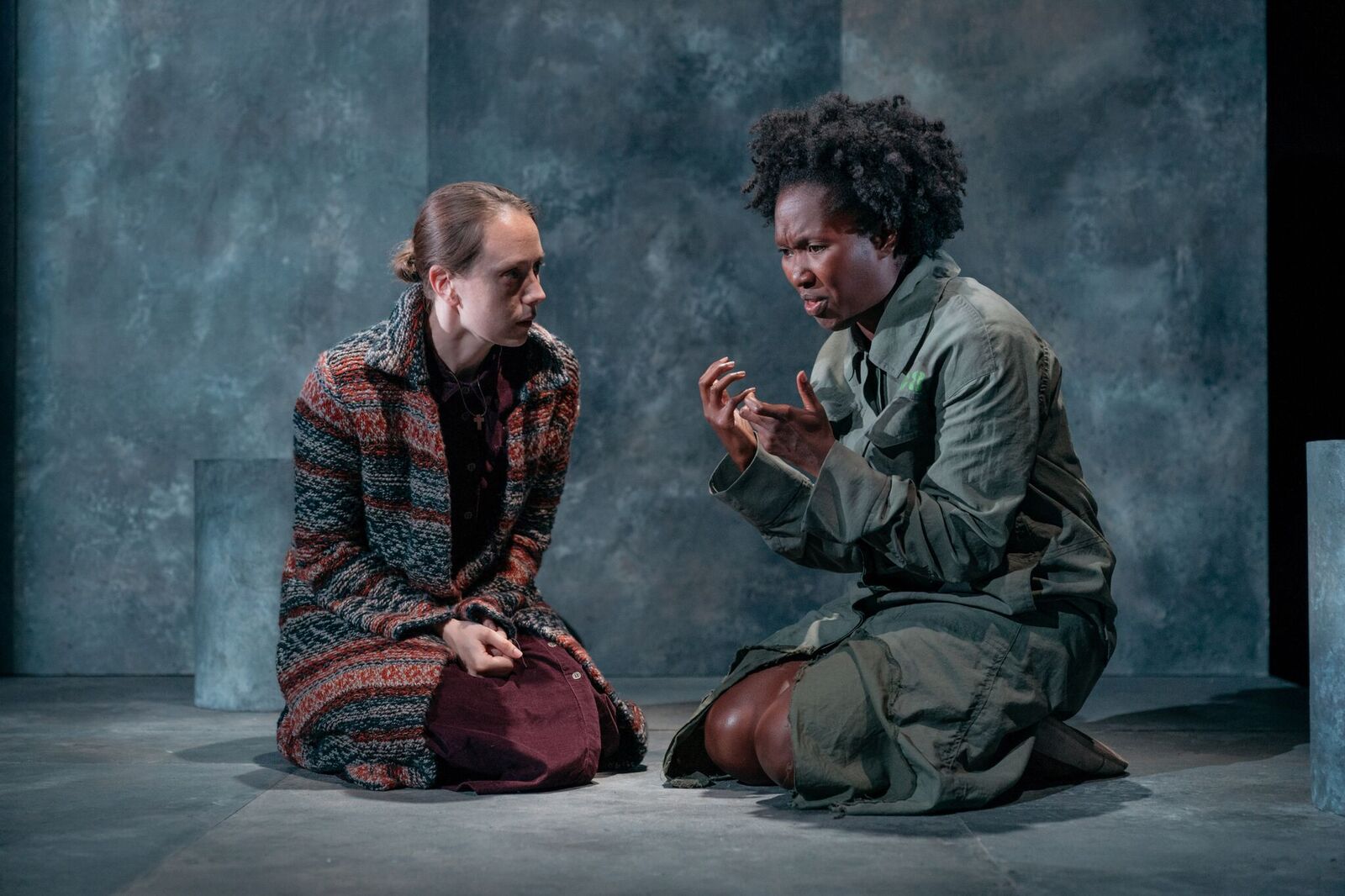 Penelope Skinner’s mysterious new play, Meek, opens at Birmingham Repertory Theatre from 4 – 8 September following its première at the Edinburgh Festival Fringe in August. A haunting vision of ruthless state control, tense friendships and one woman’s determination not to be broken, Meek is a tale which reflects on our own fraught times.

In a society where private lives become political and freedom of expression is not an option, Irene finds herself imprisoned. As tales of her incarceration spread overseas and her growing exposure becomes a threat, she is forced to make a brutal decision.

On a small-scale, it is a story about friendship, faith, shame and betrayal. On a wider-scale, it is about the ways in which spirituality can be co-opted for political gain, and the impact of that on our personal freedoms. It is also a play about love.

Penelope Skinner is an award-winning writer recognised as one of the UK’s leading voices in contemporary theatre. Her theatre credits include Linda and The Village Bike for the Royal Court and The Promise for Donmar Warehouse. Penelope is Winner of the 2011 George Devine Award, the Charles Wintour Most Promising Playwright Award at the 2011 Evening Standard Theatre Awards. She was also nominated for the 2012 Olivier Award for Outstanding Achievement in an Affiliate Theatre.

Amy Hodge, Associate Director for Headlong, directs Meek and the cast is Scarlett Brookes, Shvorne Marks and Amanda Wright. It is designed by Max Jones with Lighting design by Zoe Spurr and Sound and Composition by Melanie Wilson.