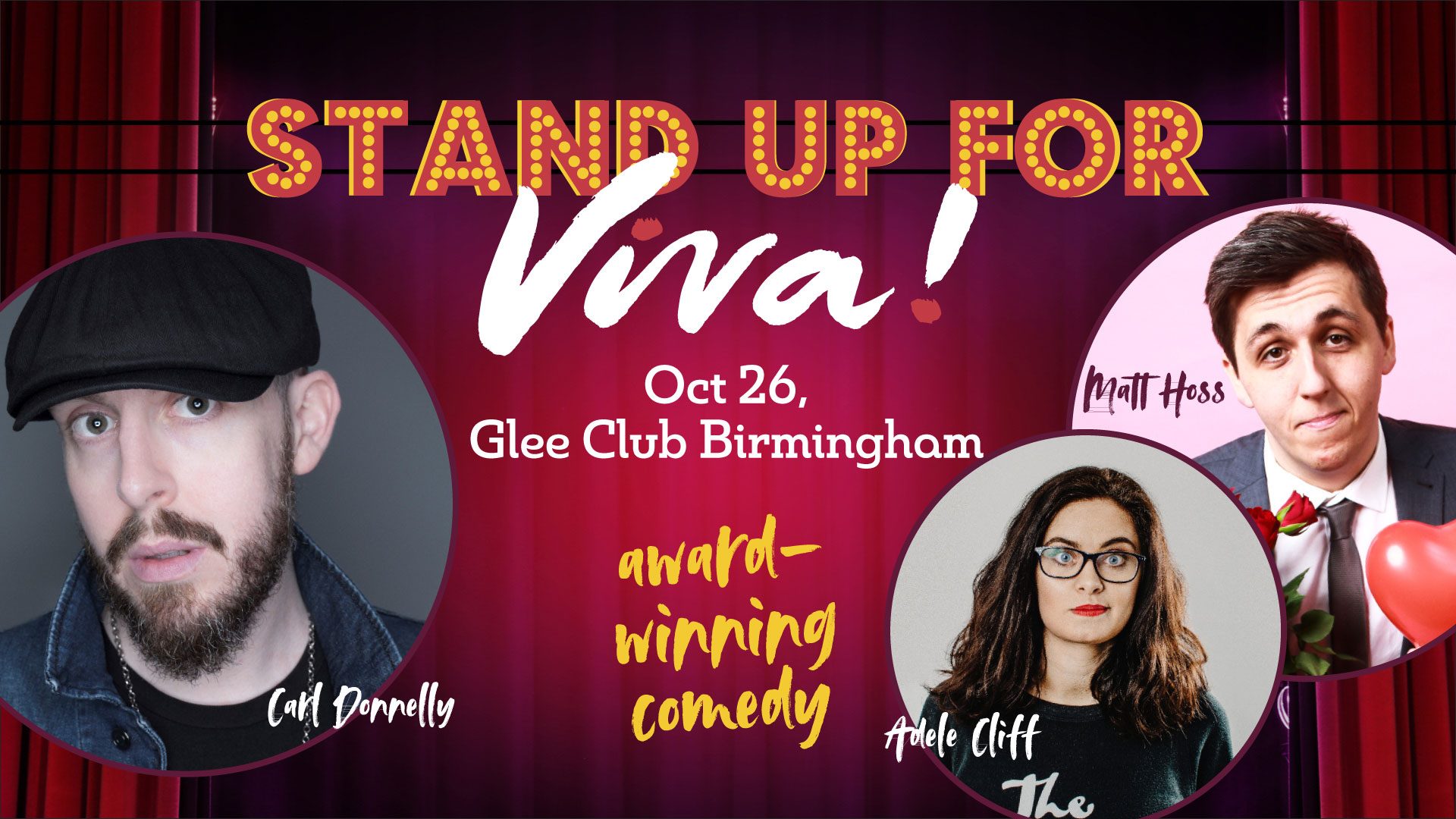 Join Viva! in Birmingham at our Viva! Vegan comedy night. We have a stellar line up of vegan comedians that are guaranteed to knock your socks off.

Headlining we have the fantastic CARL DONNELLY, star of British comedy stalwart Mock the Week! He has also appeared on Dave’s One Night Stands, Russell Howard’s Good News and Stand Up for the Week.

Carl is laugh-out-loud funny and has won numerous comedy awards.

Supporting will be ADELE CLIFF and CHRIS STOKES!

Adele is a one-woman joke machine whose hilarious lines were picked for Dave’s Funniest Jokes of the Fringe in 2016 and 2017.

Chris starred in Russell Howard’s Good News, and was on the BBC New Talent Hotlist 2017.

Our MC for the night is the very funny Matt Hoss, currently touring with his new show, Here Comes Your Man. Matt hosts the regular comedy night, Viva Las Vegans.

Join us in celebrating our 25th anniversary with a good laugh and a cheeky tipple.

By booking a place at our Stand Up for Viva! comedy night, you are supporting our work to save animals’ lives!