As the foodie map of Birmingham goes from strength to strength and the city’s streets become more excitingly laden with new places to try, Rhiannon Simpson founder of Birmingham Food Tour spreads her culinary swings!

‘With so much good stuff to eat and drink in this fine city it can be hard to keep up- but someone has to try!’ 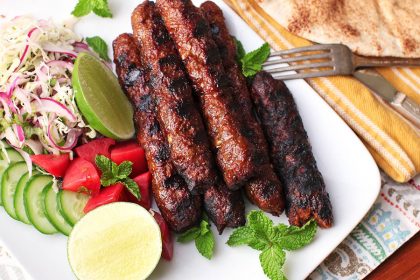 Coming up we have the Jewellery Quarter tour, which celebrates the city of a thousand trades, exploring stories of people and place through the fantastic foods we dine on. Taste and learn about the heritage of the balti bowl and how they are back in production in their original home, explore whiskey and chocolate in the Jewellery Quarter Musuem and delight in the fruits of grain in the city’s long relationship with beer brewing, plus plenty of delicious surprises along the way.

Turning our attention to the fantastic independent bars we have in the city, we have a sophisticated exploration of the historic tipple gin. Supping our way around the city visiting underground dens, secret bars and distilleries, as well as sampling gins made in the city itself. Each drink is matched with food, bringing the stories to life through flavours.

Birmingham food tours focuses on celebrating and supporting the city’s independent scene as well as anchoring what we eat to the heritage of the city and as new places begin to thrive the narratives just keep evolving. Digbeth is next on the food tour takeover.

Dates for the diary: