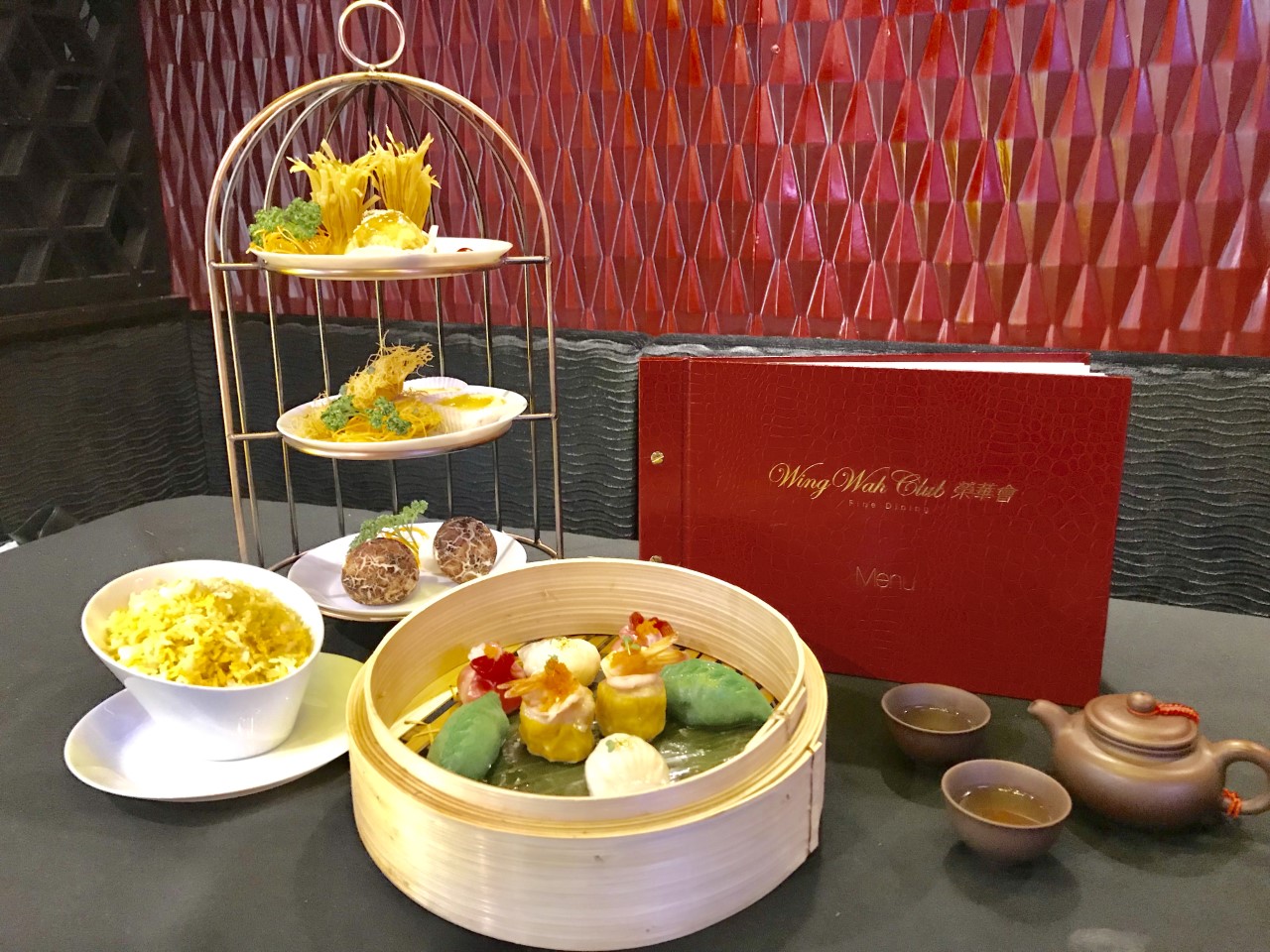 Wing Wah, situated in the heart of the city’s bustling Chinatown, will be serving exquisite and beautifully-crafted dim sum alongside a fabulous cocktail devised by Robert, who has helped transform Brum’s drinks scenes with his groundbreaking creations at The Edgbaston, 40 St Pauls and 18/81.

Centre-piece will be a traditional English afternoon cake-stand featuring delicacies crafted by Wing Wah’s highly-trained dim sum chefs.They include the restaurant’s stunning Molten Salted Egg Custard Bun – which looks exactly like a mushroom!Alongside the cake-stand will be a selection of delicious dim sum steamed in bamboo baskets, such as Wing Wah’s gorgeous Crystal King Prawn Dumplings.

will also be a bowl of mixed seafood fried rice made extra-special by yuzu juice.Guests can choose to accompany the food with bottom-less supply of speciality tea at a cost of £18.99. Or they can celebrate in style with a stylish Easterly Winds – Robert’s cocktail, which is a blend of white vermouth, peach-aromatised wine, lychee juice, yuzu juice and lemon(£24.99).

Alternatively they can choose a glass of fizz for the same price.The afternoon tea will be available until 5pm each day.Wing Wah director Dorian Chan explained: “We decided to serve later than the usual times because we’re situated near the Hippodrome and this is a perfect way to enjoy fantastic food and drinks either before or after the theatre.“We believe we’re only the second Chinese restaurant in the country offering an afternoon tea.“But it makes absolute sense – dim sum are beautiful small plates beautifully complimented by either China tea or Robert’s wonderful cocktail.”

Wing Wah moved to Chinatown earlier this year after being based for two decades at the iconic Wing Yip Centre in Nechells.It has dropped the buffet menu that brought discerning diners flocking to its previous premises and now concentrates on dim sum and full a la carte.

Its smartly-decorated ground-floor location boasts more than 120 covers and an open-plan dim sum kitchen so diners can watch a team of chefs painstakingly prepare the beautifully-crafted small dishes.Chefs in a separate kitchen prepare a range of sumptuous la carte dishes.Below, there are private rooms, each separately themed and with different capacities, where customers can enjoy freshly-prepared food, drinks and karaoke.

Overseeing the operation is Wing Wah’s owner Kin Bong Lam, a highly-skilled and award-winning dim sum chef who worked at a renowned restaurant in the Far East before heading to Britain.

The teasWhittard’sEarl Grey – The quintessential British blend, beautifully balanced with flavours of bergamotJasmine – Verdant green tea leaves scented with blossoms of dusk-blooming jasmineChelsea Garden – This rose-scattered white tea is a treat for anyone with green fingersLemon & Ginger – Invigorating ginger with a citrus kick, blended with blackberry leaves for a soft, sweet finish.