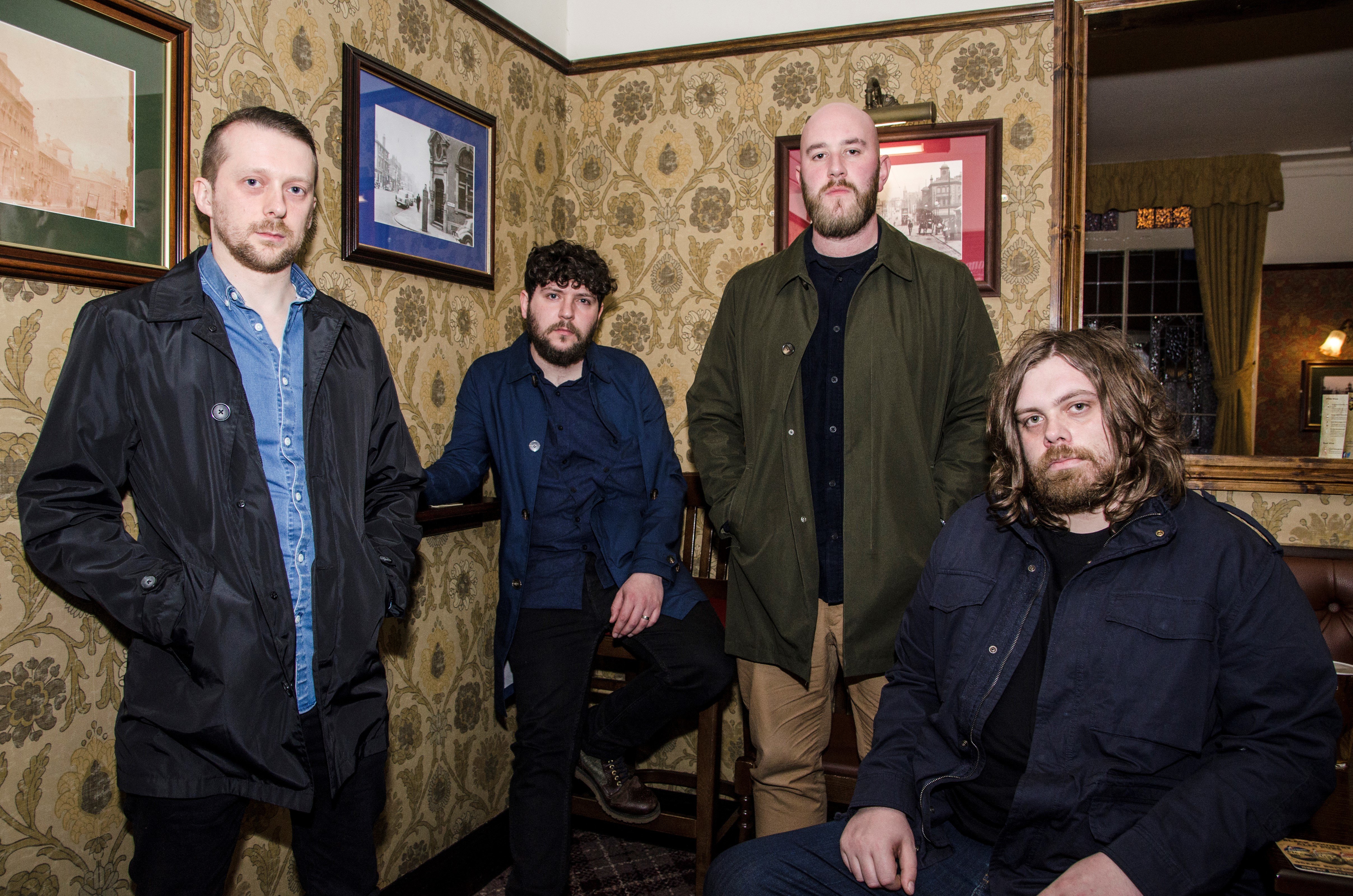 Fresh off the back of their most recent single ‘Chasing Ghosts’, Birmingham quartet Paper Buoys offer up another wistful winner in the shape of new track ‘Time Won’t Wait’. Like their most recent release, the four-piece are continuing to expand their sonic palette and taking their songwriting to more mature heights. Overseen once more by esteemed producer Gavin Monaghan (The Twang, Editors, The Blinders), ‘Time Won’t Wait’ is a stomping anthem about seizing the moment.

It’s a testament to the quality and breadth of Paper Buoys that they can continue to create such authentic, arms-aloft anthems in such a short period of time. ‘Time Won’t Wait’ encapsulates everything great about the band. It begins with a juggernaut guitar riff and pounding drums, Chris Newey’s soaring rasp saying “step away from the edge, let me hug you”, an undeviating voice of positivity and wisdom over menacing guitar crunches. A minute in, and it seems Paper Buoys are still able to muster the discontent and disappointment of every dusky bar in Birmingham.

But just as the black clouds seem to have formed, in comes the sun-drenched chorus to pierce through. Guitarist Stu Lidgbird’s barnstorming guitar solo is both bittersweet and beautiful, balancing delicately over a contemplative arpeggio a certain Johnny Marr would be proud of. Newey, meanwhile, has never sounded finer, his erstwhile menacing growl a source of comfort as he emotively sings “time won’t wait for you.”

‘Time Won’t Wait’ is the kind of breezy, melancholic slice of majesty that will sound perfect throughout the summer months and with the release of their second album looming ever closer, Paper Buoys continue to show that they have the originality, the guts and, most importantly, the songs to stand out.

Paper Buoys’ unique mould of mournful but marvellous melodies has seen the garner both regional and national acclaim, with praise coming from leading publications such as Louder than War, Beat Surrender and the Express & Star, while Counteract described their ‘Chasing Ghosts’ single as having the “wonderful volatility and wistful verve that the band have become known for.”

“In a dog eat dog world, let’s see who’s teeth are the sharpest,” Newey spits at one point. Forget teeth, it’s all in the mind – and Paper Buoys’ is sharper than any band around at this moment.