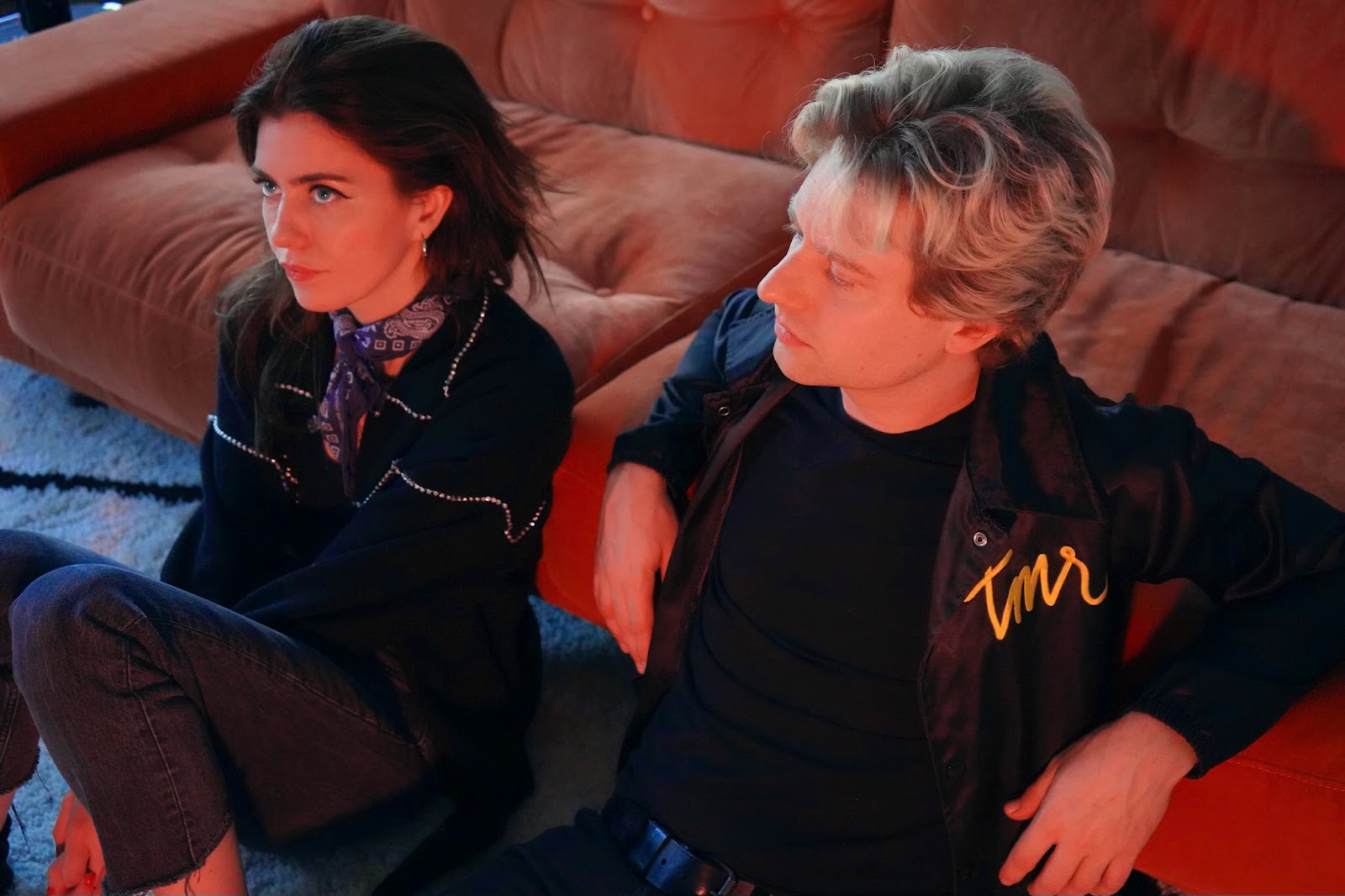 The tour comes in celebration of the band’s sixth album ‘Ghosts on Tape’, released earlier this year via Velveteen Records, and will see stops in Bristol, Leeds, Manchester, NewcastleUponTyne, Glasgow, London, Brighton and Birmingham. Support for the entire headline tour comes from CIEL.

The shows swiftly follow a brand new piano version of “Morbid Fascination” — a haunting cut of floaty key taps and visceral vocals that sees the ‘Ghosts on Tape’ track transformed from a buzzing cut of alt-rock into an emotive ballad.

New album ‘Ghosts on Tape’ marks a huge jump forwards for the band, one that develops their sound almost beyond recognition, while capturing Blood Red Shoes at their most musically and emotionally mature. As Steven explains:

“We’ve always been outsiders right from the very beginning… We have made an entire career out of being told what we are “not”, of being rejected, of not fitting in, and this album is us deliberately pushing into all of our strangeness, emphasising all of the things that make us different”.

Obsessed by true crime and murder podcasts, many songs on the record are told in character and explore the dark psyche of those at the pinnacle of outsiderdom: serial killers. ‘Ghosts on Tape’ paints a picture of a dark and unsettling world. It is the sound of a unified and confident duo who know exactly who they are, even if the wider world doesn’t really get it. The sound of two people who have spent their entire adult lives making music together and who, more than ever, are finding new pathways for their creativity.

“Ultimately this album is an invitation”, adds Steven. “It’s us saying, this is our world, these are our darkest thoughts and feelings – our ghosts – caught on tape. You are welcome to join us. Come and embrace the strange”.
In the wake of the album’s release, the band also unveiled a 15-minute short film of the same name sound-tracked by songs from the album. Premiered to a packed audience at London’s Everyman Cinema, the film was written and directed by Craig Murray and unfolds as an unsettling, brooding and psychological horror story, featuring the band plus their future ghosts, and a blue-hooded death cult reminiscent of Eyes Wide Shut.

After years spent living on opposite sides of the Atlantic, world events saw Laura May Carter and Steven Ansell back together into what has become the most fruitful era of their 17 years together.
“It’s been a looooong time since we both lived in the same city,” says Steven. “I mean we actually wrote the album in LA at Laura’s place, then came to the UK to record it… and then everything went nuts.”

Realising very quickly that they wouldn’t be able to release the album or tour until the world returned to some kind of normality, the band found their energies quickly spilled over into other projects. Laura-Mary started a podcast, Never Meet Your Idols, with her best friend in LA, interviewing everyone from Zack Snyder to Mark Lanegan to CHVRCHES. It is now about to start its third season. Steven started applying his love of electronic music by writing and producing other alternative artists like Circe, ARXX, Aiko and XCerts, racking up millions of streams in the process.

Having worked together on Laura–Mary’s debut solo mini-album ‘Town Called Nothing’ and restless from the lack of touring, the duo started jamming out in rehearsal rooms. The results of these sessions led to the light-speed writing, recording and release of the impossibly-titled ‘Ø’ EP in the summer of 2021, followed by their sixth full-length studio outing ‘Ghosts on Tape’ at the beginning of 2022.

With touring back on the table, Blood Red Shoes are ready to bring their complex, imaginative and gothic-tinged new set of tracks to audiences across the UK at a series of Summer shows. Full dates and details as follows: