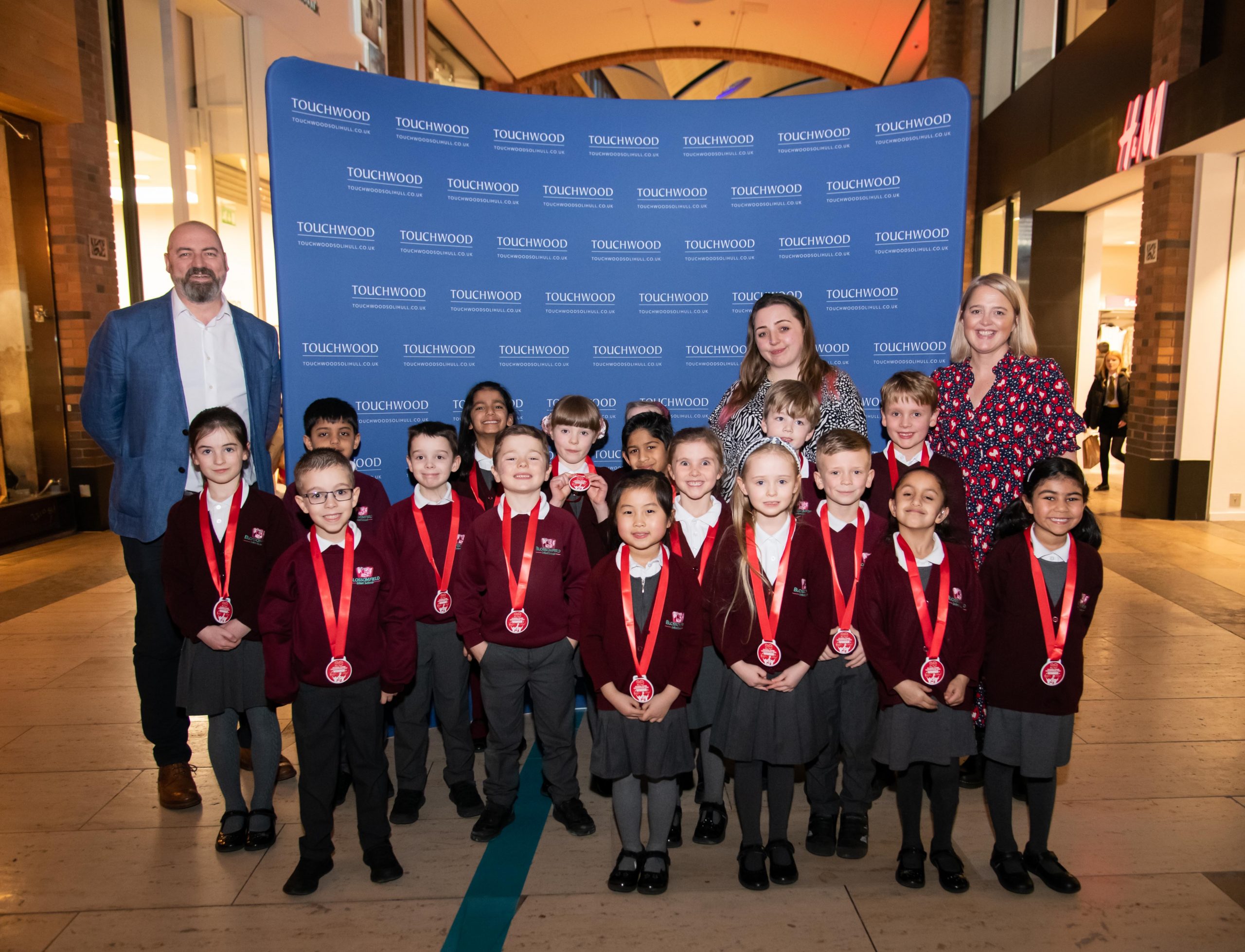 Students at Blossomfield Infant and Nursery School have received a whopping £1000 prize after being named as the outright winner of Touchwood Solihull’s Christmas Choir Competition.

A clear champion with an impressive 718 votes, Blossomfield Infant and Nursery School pupils beat off a number of top carolling challengers in what was a successful event for all.

The £1000 prize will go towards a project of the pupil’s choosing.

Touchwood guests were wowed with several renditions of some of the season’s most beloved festive favourites from a number of local schools, but it was Blossomfield School which came up trumps.

Lucy Burnett, Marketing Manager at Touchwood Solihull commented: “Year on year the competition gets tougher to call. Each and every school stepped it up a notch in order to be crowed as champions which really is a testament to the singing talent pool in Solihull and the surrounding area.

“The choir competition is one of the highlights of the Touchwood calendar and we were delighted that the competitors ensured that our 2021 competition was no exception.”

Rachel Lee, Music Lead and Early Years Teacher at Blossomfield Infant and Nursery School also said: “Both the children and teachers are over the moon to have won the Touchwood Christmas Choir Competition. Our Year 2 Choir sang so beautifully so we were delighted to have been named as victors and win the £1000 prize money – which the children have all agreed will be to put towards a musical experience that can be shared with the entire school.”

“Having entered every year since the competition began, the children were thrilled to be back singing in front of their friends, family and teachers in what has become somewhat of a calendar highlight in their school year and they already can’t wait to get practising again for next year.”