Published by admin On January 22, 2017 Leave a response 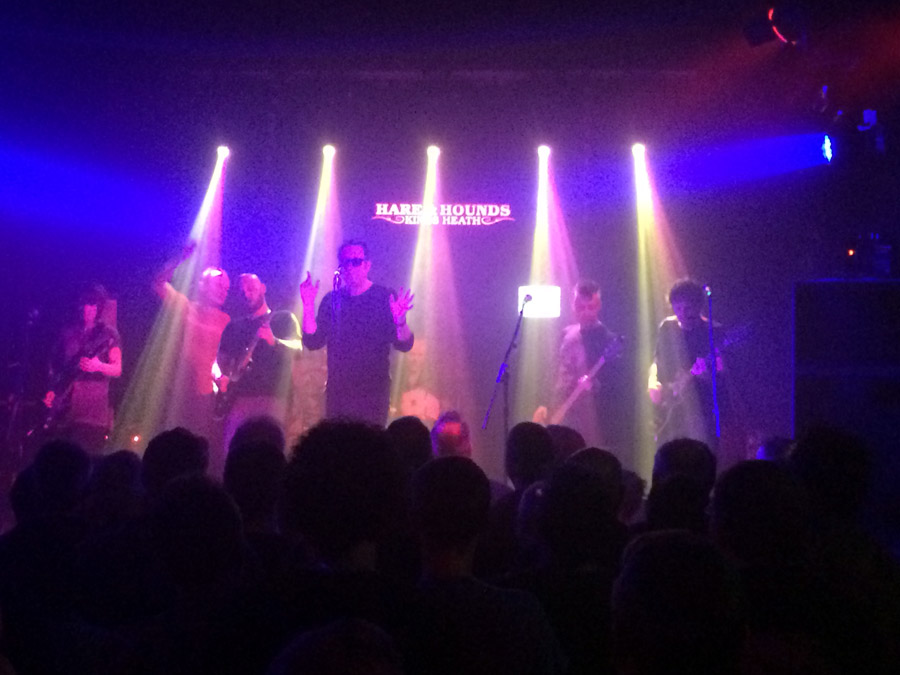 Cue the roar of jet engines, a prickle of excitement among the crowd and a stage suddenly looking very small as The Blue Aeroplanes land for action. Opening with the combustible mayhem of ‘Dead Tree! Dead Tree!’ The jet engines drift out and a mighty triumvirate of guitar noise fills the venue.

That wall of distortion is incredible and on to it climbs Gerard Langley to announce ‘I love the ties that bind’. The enigmatic front man, clad in black, wearing dark glasses and clutching a folder of lyrics assumes an almost preacher like position. His laconic delivery and lyrically askew sermonising hitching a ride on the brick thick riffs of the band.

The Aeroplanes blitz through a host of tracks from the excellent new album ‘Welcome Stranger’ and whilst this may disappoint anyone yearning for all the classics the quality of the material remains high. There is a reassuring musical lineage that can be traced through to their earlier albums, six years may have elapsed since 2011’s ‘Anti-Gravity’ but ‘Welcome Stranger’ fits neatly into a strong discography.

As Gerard announces between songs:

..this is not a nostalgia exercise.

A word about the pauses between songs. This was the quietest audience I’ve experienced at a gig in a long time, at one point dancer Wojtek Dmochowski comments on this without a microphone and is clearly heard across the room. Gerard responds ‘it’s the quiet of reverence’ and he’s right. 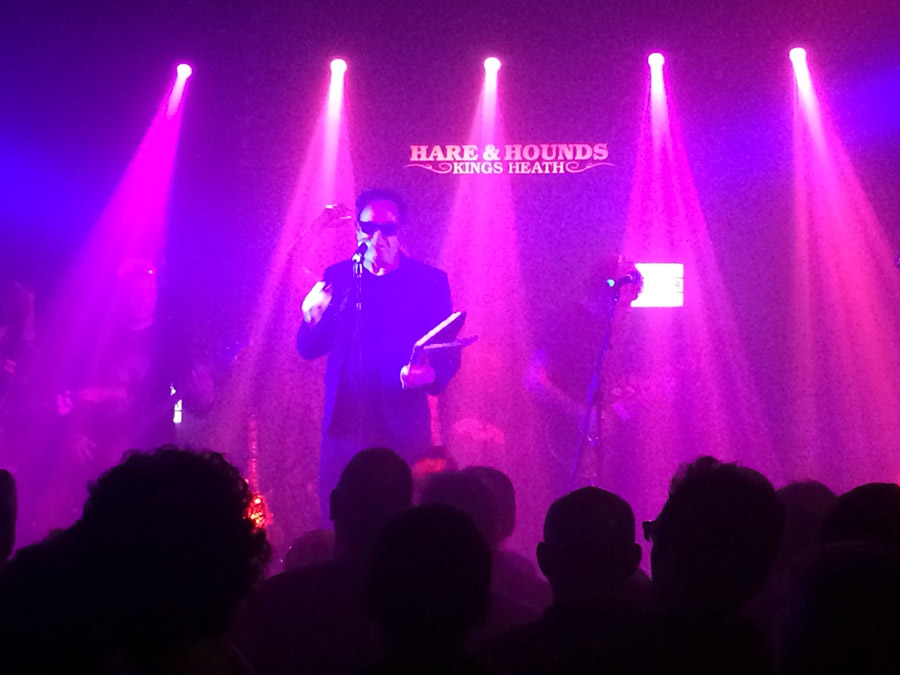 I likened Langley to a preacher earlier and to this audience of disciples he is, as if no one dare make a noise in case they miss something. It is a little disconcerting though, as the band rage noisily through another classic from the new album ‘Looking for X’s on a Map’ and then silence.

Of the new material ‘Elvis Festival’ stands out most as Langley’s ability to seamlessly slip from the serious to the absurd, to the seriously absurd even, is given full reign. A weird amalgam of Mark E Smith delivery and Lawrence Haywood’s Go Kart Mozart at their most peculiar.

‘Walking Under Ladders for a Living’ and ‘Nothing Ever Happens in the Future’ show off that twinkle in the eye life philosophy of Langley that has been the Aeroplanes trademark throughout their career. After closing with the epic rock out of ‘Here is the Heart of All Wild Things’ the reserved audience are treated to two encores. The last of which is a sublimely cool cover of Tom Verlaine’s ‘Breakin’ in My Heart’.

I actually feared for the band’s safety through this as a game of on stage musician/dancer merry go round broke out. This sums up the Blue Aeroplanes perfectly. A chaotic maddening swell of ideas, songs and tunes that ought to clash but fit together forensically tight. An audience of willing disciples that has grown up with the Aeroplanes is born again, again. Hallelujah.

Before the headliners Leicester’s Mike Vickers played a short acoustic set of earnest songs that show much promise. The pick of the bunch was ‘I Need It’ delivered with a vulnerable rawness that displayed a certain cutesey self consciousness, a bearing that seems to grip Vickers on stage. Apologising throughout that he was only the warm up act; he may have been but the singer, who has been featured on BBC Introducing, was still very good. EP ‘Giant Leap Year’ is worth checking out.