Published by admin On February 24, 2017 Leave a response 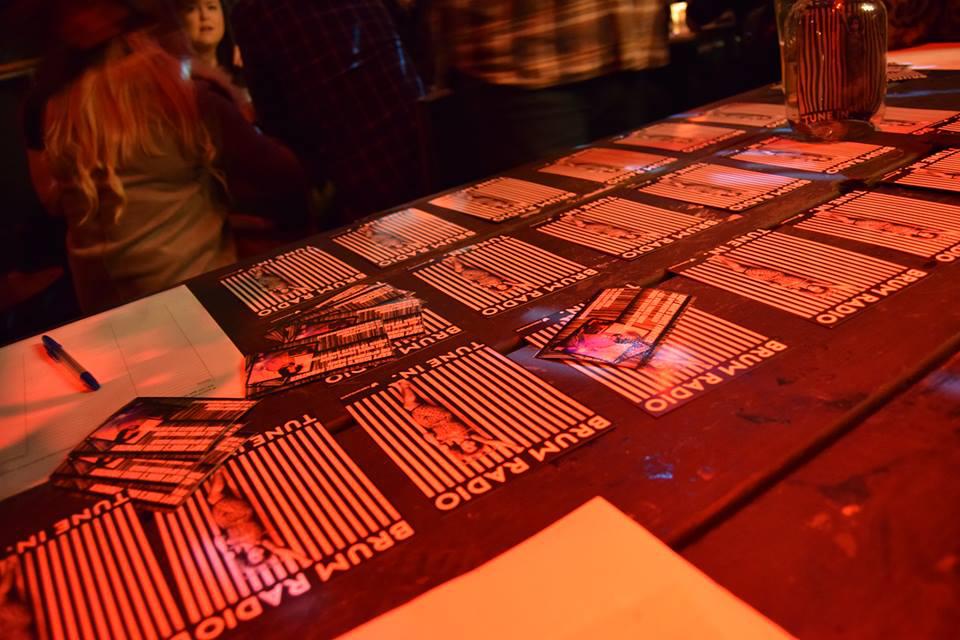 Last Saturday I took to the streets of Digbeth to the Brum radio Takeover hosted by Four Eyes Events, Brum Radio and Digbeth Dining Club held at sister venues Spotlight and Mama Roux’s nestled beneath Brum’s Victorian railway arches. With live music, a Q&A session from a few of Brum’s finest artists, delicious street food provided by Digbeth Dining Club regulars and a party that continued late into the night, the event truly celebrated the present and future of the underground music scene in Birmingham.

Brum radio came to be just over a year ago and the premise behind it is simple; an online radio station that plays a variety of alternative sounds and conversations about culture, arts and current issues in music and society, not limited to Birmingham. 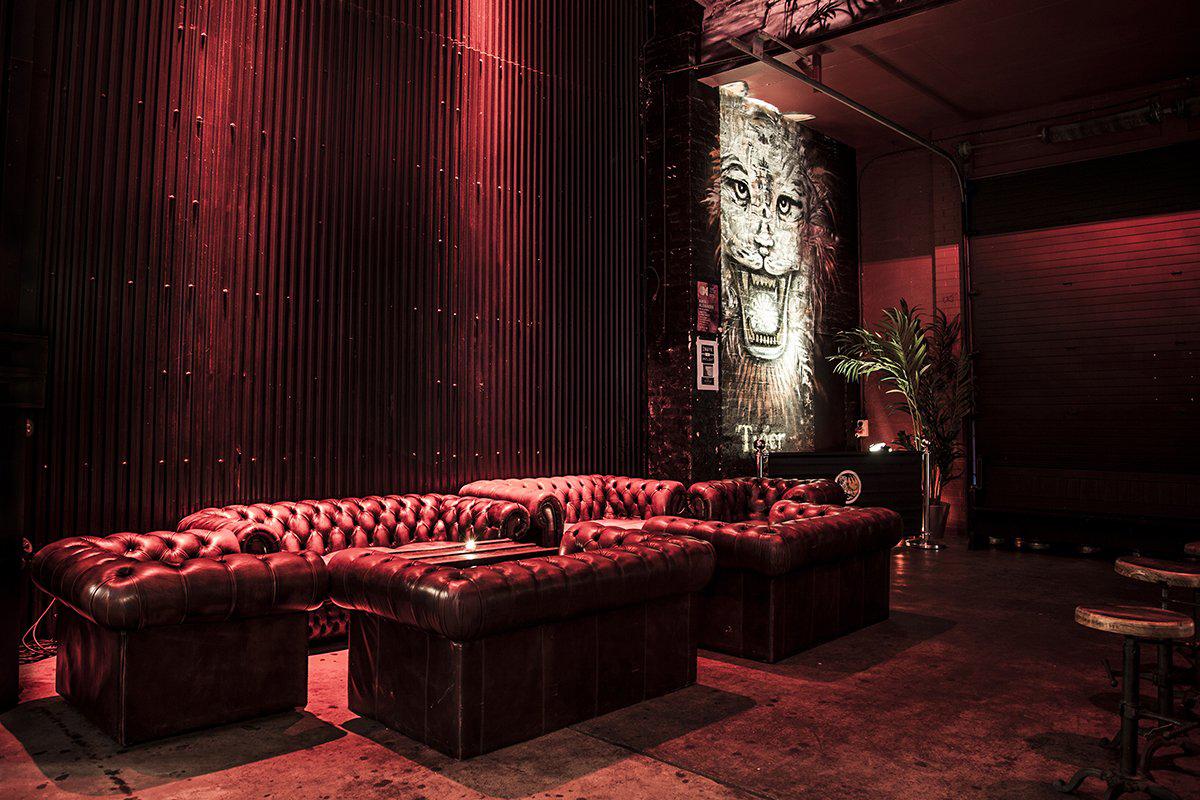 The event kicked off at 5pm, but I walked in to Spotlight on Lower Trinity Street at around 5.45, the evening was already lively and in full swing. Brum radio DJs The Soul Hole, WorldBeatUK, The UAB Collective and DJ Kap’t Kirk graced the cosy club-come-pub with an eclectic mix of funk, reggae, soul and jazz – the perfect soundtrack for a fun yet relaxed evening. Spotlight’s exposed brick walls, wooden picnic tables and stools and lighting scattered around was the perfect setting for the first half of the event. 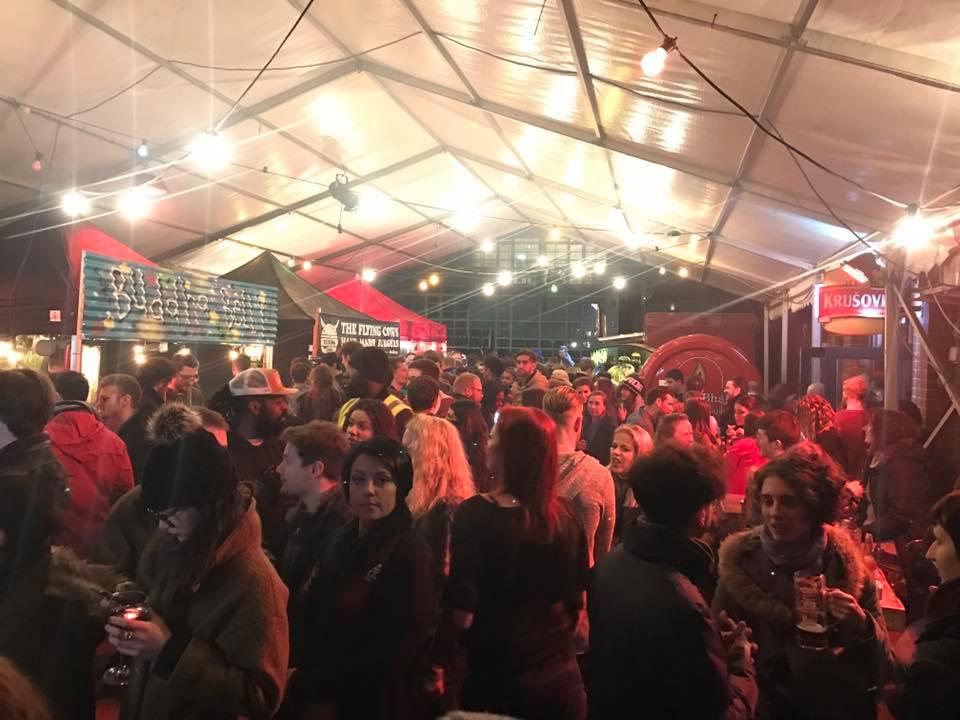 Outside in the adjoining passage from Spotlight to Mama Roux’s was where the food vendors set up camp, as regular attendees of Digbeth Dining Club will fondly recognise. Among them were Buddha Belly, serving up delicious Thai & Asian style street food, Street Souvlaki, masters of Cypriot BBQ and Victoria Creperie enticing diners in with sweet crepes for afters. Although spoilt for choice I was drawn to the inviting colours and the laughter being emitted from Becky’s Bhajis. With a completely vegetarian and vegan menu I was in my element. Although there was a lot to choose from, like a whole fried chilli and even a Mumbai buttie (a deep fried samosa sandwich), I went for the classic bhajis to test the ‘The Best Bhaji’s Ever’ claim adorning the trailer. I wasn’t disappointed and they were the tastiest bhaji’s ever! They were perfectly spiced and not overpowering, delightfully crispy and the dips complimented them perfectly. Next time you get the chance, trying them is a must!

Weaving through the clusters of contended Digbeth diners I made my way through to Mama Roux’s, where the Brum radio Q&A session was being held. Mama Roux’s, previously known as Next Door, has recently been re-vamped and re-marketed as a quirky night-time venue with an old school New Orleans vibe and décor. Mama Roux’s is home to Digbeths new monthly Saturday night party, featuring performances from dancers, actors and live bands. Last Saturday night Mama Roux’s hosted the ‘quieter’ side of the event, where the Brum Radio Q&A took place. 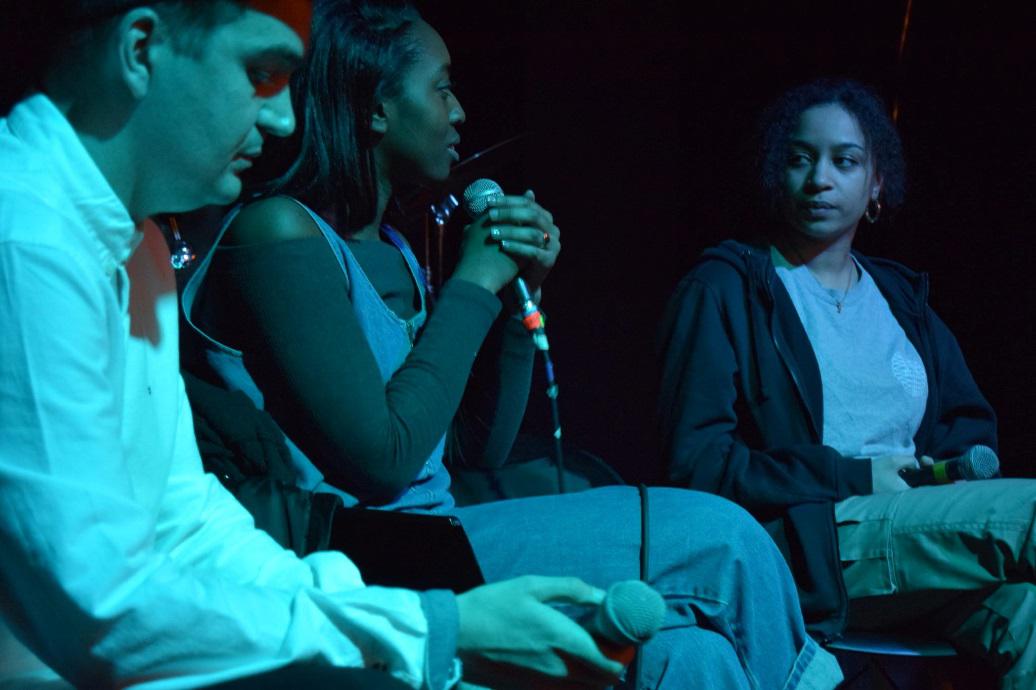 Four artists all with their roots in Birmingham and all dedicated to online radio took to the stage for an hour and a half long discussion about an array of subjects from gender equality, what defines the music scene in Brum and the future of online radio. The session was led by Danny de Reybekill (Brum & Bass). He was joined by Tom Shorterz (Rinse FM), a favourite at 02:31, one of the Rainbow Venues‘ most popular events, Jossy Mitsu (Radar Radio) and Erica McKoy (The Elektrik Cave) (Roundhouse Radio). The session was truly informative to anyone with an interest in online radio and the underground music scene, whether you’re a part of it or were just curious to know more. The discussion was thought provoking and I can highly recommend checking any of the speaking artists and their respective radio stations out. 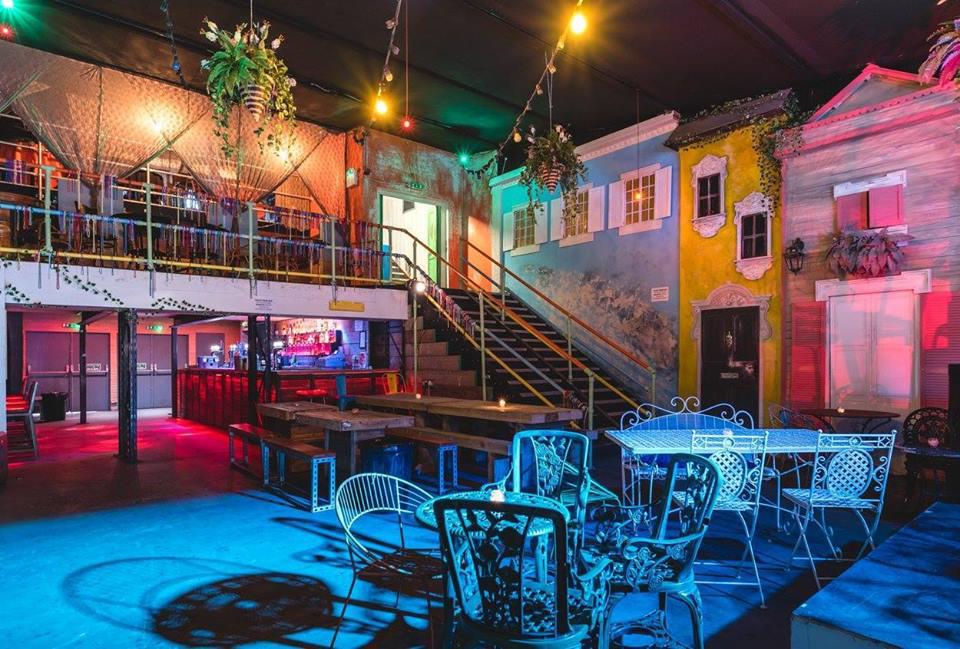 During the halfway break in the Q&A session, I wandered upstairs to the cosy gin and cocktail bar. A combination of gallery seating and cosy booths awash with pastel colours surrounded by fairy lights and candles provides a hidden away area to observe from above. The cocktail bar can only be described as a circus tent come Victorian tea parlour hybrid. With a wide offering of cocktails including all of the usual suspects, plus a ‘special’ menu of gin cocktails, I’m sure it would be to most cocktail-lover’s liking. I enjoyed a Singapore Sling for just £5 from the gin cocktail menu – this hidden gem is certainly one to try for fans of the Jekyll & Hyde and similar. 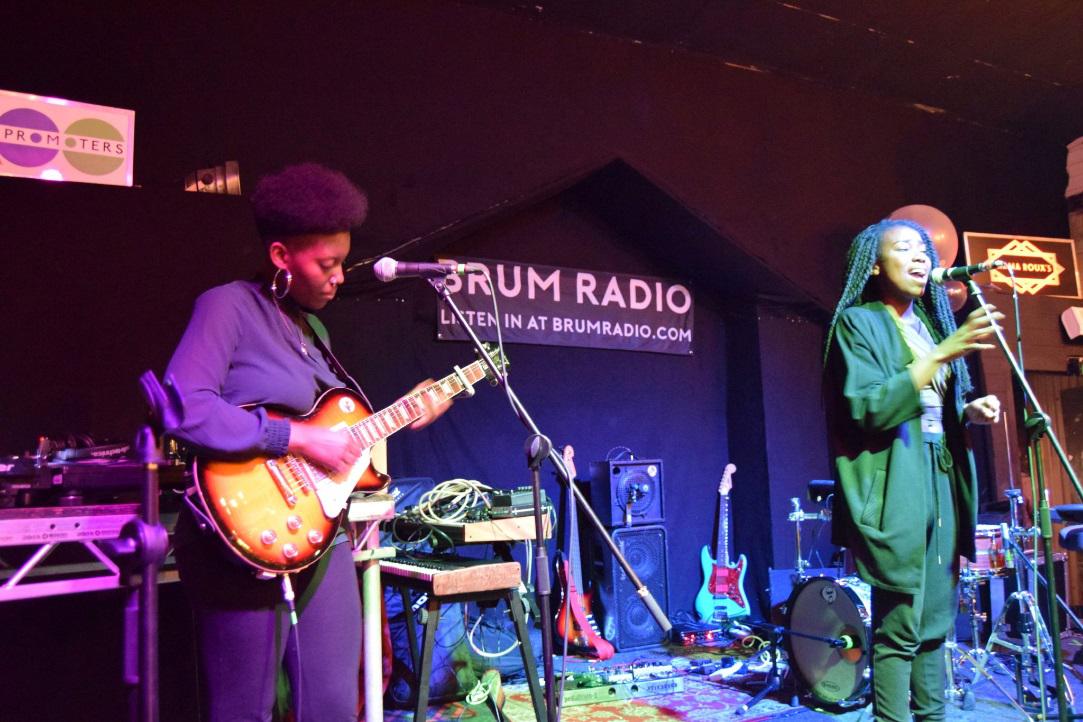 The discussion was followed by live performances by three local acts: Shokunin, Barbella and Delta Autumn. Creating a more chilled vibe, the three acts effortlessly carried the event through into the night with their alternative sounds as the small yet lively crowd sipped on cocktails and craft beers and digested their delicious street food. 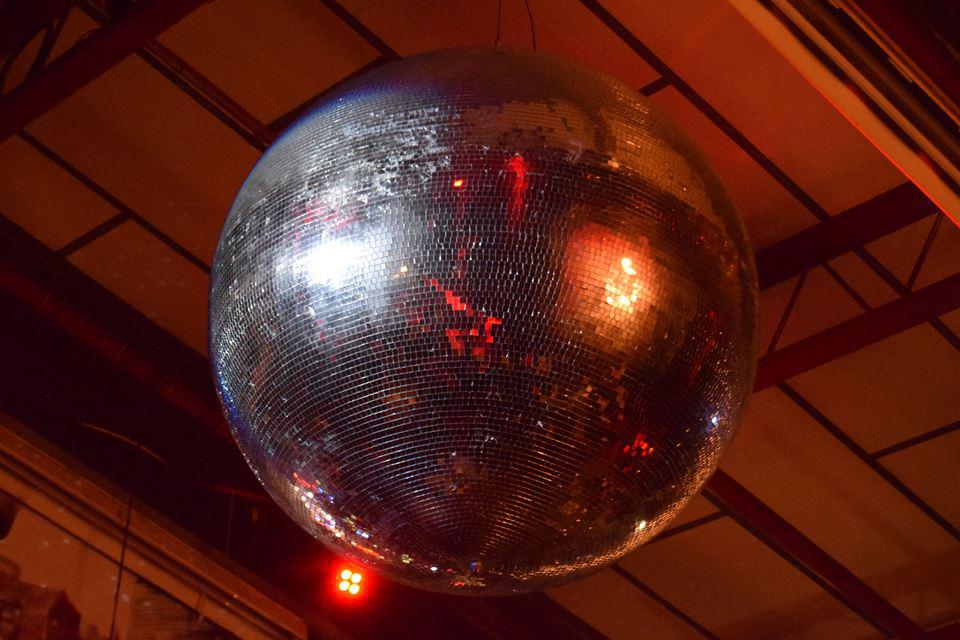 Part two of the takeover saw the venue transformed into a real party venue where sounds from some of Brum’s finest underground DJs would carry on through the night until 4.30am, covering the wide spectrum of electronic music. The lineup included live sets from Before The Sol, Goosensei, Sam Redmore and Shadow City Soundsystem; those of you who regularly attend events across Digbeth will surely be familiar. The tickets for part two of the event were priced at just £5, a small price to pay to hear the real sound of the underground from some seriously talented up and coming Birmingham artists.

Last Saturday’s event was an excellent reminder that Birmingham’s independent local gems are here to stay. The first part of the event was free, the food and drinks were reasonably priced and the entertainment was fantastic. Even better, all proceeds of the event went to Brum radio, giving Birmingham the opportunity to shout about its alternative side. If you liked the sound of the Brum radio Takeover, their next event is their first birthday party, which will be held at The Jam House on 11th April. Digbeth Dining Club events are held weekly at Spotlight & Mama Roux’s as well as the monthly Saturday night parties.