Brummies Admit Social Media Has Made Us Less Sociable

A new study from Grand Central Birmingham has released new research showing that an increasing number of people living in and around Birmingham feel that the use of social media sites, such as Twitter and Facebook, has led to less time spent meeting up with friends and family – simply because it’s easier to connect online rather than face to face.  The data highlighted that nearly a whopping two thirds (61%) of people agree they see people less now there is more access to social media.

The Grand Central Pulse revealed that among those who frequently use social media, 62 percent claim they actually use it as an alternative to meeting up with close friends. In addition, 60 percent said they don’t have the time to meet up with people -therefore it’s easier and quicker to chat on social media.

At the extreme, the evidence suggests nearly a third of people (30%) don’t feel the need to meet in person because Facebook, Twitter, Instagram and other social media channels provide all the updates they need to know about their friends and family.

Ashley Innis, Grand Central Communications and Engagement Manager, said: “Most people would agree that social media has had huge impact on how, when and why we interact with one another but we shouldn’t lose sight of the importance of socialising together and having real-life interaction.

“With a range of exciting things happening in Birmingham this year, people won’t be short of things to do and places to go to meet up. In particular, Grand Central Birmingham will form the city’s ‘meeting place’, where friends, family or colleagues can go for a quick bite or a day of indulgence with premium shops and delicious food all in one place. It will be the perfect place to go to spend some quality time with people, face to face!” said Innis.

Whether a romantic rendezvous, a bite to eat or a day of indulgence, Birmingham offers the ideal meet-up spots. We’ve put together five of Birmingham’s top meeting places to restore faith in humanity and encourage people to meet-up with one another more!

Home to landmark The Custard Factory and one of the UK’s own clubbing meccas, Birmingham’s cultural-quarter provides something for everyone. Perfect for business meet-ups, nights out and alternative shopping. 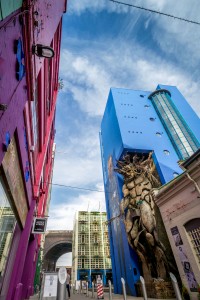 A distinctive suburb, Moseley is a hotspot for some of the coolest eats and hospitable hangouts in the city. Great for family days out and meeting up with friends for a social. 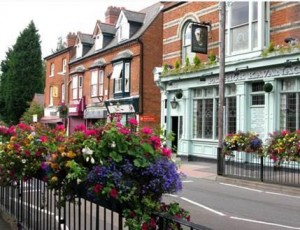 Did you know? St Paul’s Square was voted one of the Top 20 Urban Picnic Areas in the UK. A gem to the city, the unique area has a treasure of goods for you to relish in. The historic beauty of the Jewellery Quarter offers a distinguished meeting point for leisure, business and social. 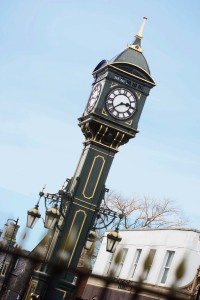 Charming village in West Birmingham, Harborne boasts reminders of its rural heritage, from the wide, open sweep of the golf courses to its stately 18th century houses. Harborne is home to a number of the cities favourite pubs – including The Junction and The Plough – perfect for evening drinks and Sunday lunches. 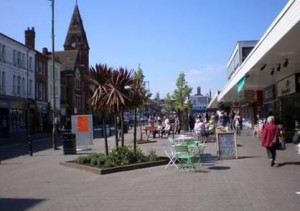 The newly developed premium retail and dining destination opens in September and is located on the world class New Street train station, forming the city’s meeting place, where friends, family or colleagues can spend some quality time.