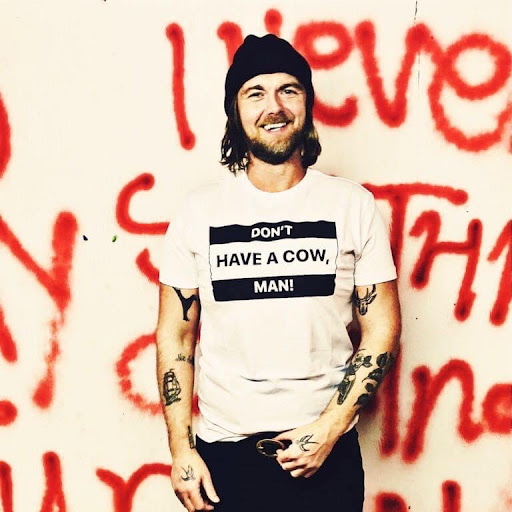 Ahead of a stretch of UK shows – CHARLIE CLARK – is pleased to present the new single: “No Big Deal”.

The inspiration for Charlie’s indie imprint ‘No Big Deal Music’, it’s a fervent and fuzzy alt/rock anthem that sets the stage for his imminent debut solo album, ‘Late Night Drinking’, which will be released via the label next week (25 November).

Taking its cues from lo-fi trailblazers the likes of Guided By Voices or Sebadoh, “No Big Deal” is simultaneously laidback, loud, and louche… As Charlie explains: “I figured I’d covered rock’n’roll and drugs with the previous singles so this is the sex part. I’ll leave it to the listener to figure it out! I wanted to have a really short full on pop track with hardly anything on it…”

Taken from his debut solo LP, ‘Late Night Drinking’ (available 25th November, only via Bandcamp), “No Big Deal” stands as one of the lighter-hearted moments on the album. Shrugging-off the sonic finesses to capture a livewire atmosphere and lackadaisical feel, the single was recorded in a deliberately relaxed session with regular collaborator and producer Jason Shaw (Cambodian Space Project).

“It really was just the two of us. Recorded really quickly with few overdubs” says Charlie. “No big deal really…”True to the playful, DIY vibe of the new single, “No Big Deal” arrives with an official video shot in Charlie’s garage in Stornoway last year.“I’d reached out to a bunch of friends to see if anyone would like to shoot water guns filled with paint and launch water balloons at me. I was overwhelmed by the response of people I know who wanted to physically maim me. My own mother even joined in. Dear Dr Freud!”In support of the new single and his upcoming album, Charlie Clark will be hitting the road for a short stretch of shows. Touring with Cadet A (United Ghosts), don’t miss them performing at these venues as follows:

******
One of Scotland’s best-kept musical secrets, Charlie Clark is a multi-talented songwriter, musician, promoter and more. First rising to prominence as a founding member of acclaimed Glasgow indie-pop foursome Astrid, Clark has been a pro-active presence in the underground music scene for over two decades. From his role in Scottish supergroup The Reindeer Section to his own projects Broken Arrow and MJ12, Clark has earned a cult status amongst public and peers alike, becoming a go-to guest musician to the likes of Mogwai, Arab Strap and Snow Patrol in the process.
Back in Scotland after a stretch in LA as one of the city’s best regarded promoters, he is currently sharing his talents as a full-time booker at Glasgow’s legendary Nice N Sleazy venue, whilst also organising a 3 day Festival to take palace on Lewis in 2023. Reforming Astrid for new music and a whistlestop tour at the beginning of 2022, Charlie is now putting his solo hat once more to bring us his long-awaited debut solo album: ‘Late Night Drinking’ before the year is out.

Recorded and produced by Jason Shaw (Cambodian Space Project) and mastered by Mark Gardener from RIDE, the duo offer their expertise on an album studded with effervescent alternative-rock songs, shoegaze-tinted sonics, and vividly relatable lyricism.

Featuring previous singles including “Blink Of An Eye”, “Don’t Have A Cow Man!”, the eponymous title-track, “I Don’t Mind If You’re Right”, plus “No Big Deal”, the new album will be released on Charlie’s No Big Deal Music and will only be available for purchase via Bandcamp on 25th November 2022.