Published by admin On April 5, 2017 Leave a response 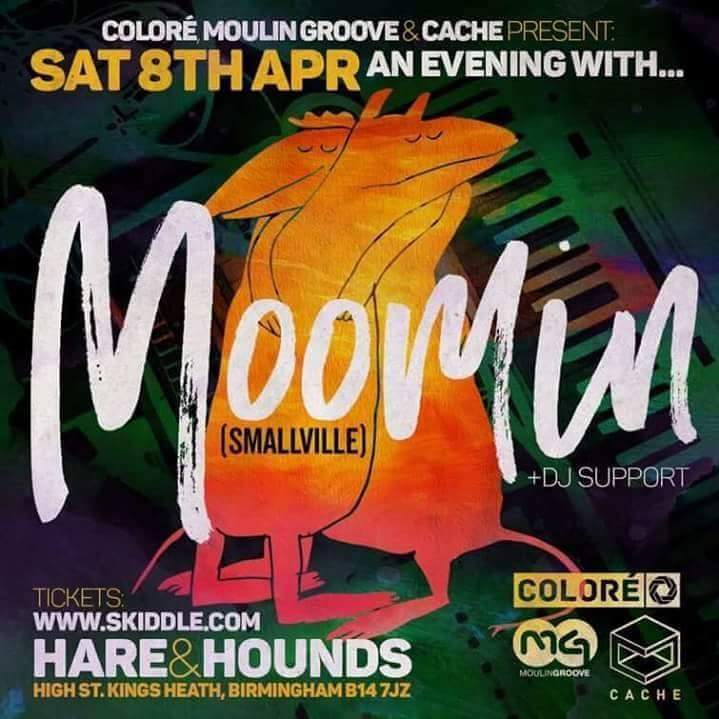 We’re back with our 3rd installment after the huge success of our second party with the mighty German duo SESSION VICTIM. We we’re lucky enough to witness a thumping, deep, dancefloor-driven 3 Hour Vinyl-Only stomper of a set that seriously rocked the foundations of the main room of The Hare & Hounds Kings Heath.

Next up, we invite a true deep house head from Berlin for a debut set in Birmingham…….Moomin

Sebastian Genz (aka Moomin) defined his musical career by crafting subtle, yet effective, deep house. In the early ’90s, Genz was dedicated to collecting hip-hop records. By 1995, and with a growing collection, he started to DJ in his hometown of Kiel, Germany.
Around the same time, he began experimenting with music production, using a simple DOS program known as Fastracker. He gradually incorporated more hardware into his methods, including an MPC to sample the old jazz, funk, and hip-hop records he had acquired. Eventually, Genz became disenfranchised by the German hip-hop scene, transitioning to house music instead. The change in genre called for a change of location, so he migrated to Germany’s creative capitol, Berlin.
Over a decade later, in 2010, Genz released his debut EP via AIM; he wasn’t as concerned about the long wait for his debut as he was about creating it. The EP received positive reviews, causing German label Smallville Records — with a roster including Move D, Christopher Rau, and label founders Smallpeople — to reach out to Genz.
They urged him to release a full-length album, resulting in 2011’s The Story About You. Genz’s production style fit perfectly with the Smallville ethos of understated and thoughtful house, creating a close relationship with the label in the years that followed. After the success of his debut full-length and a string of EPs, Smallville encouraged him to release another Moomin album, resulting in 2016’s A Minor Thought.
SUPPORT FROM: COLORE, MOULIN GROOVE & CACHE DJ’S
TICKETS: £5, £8 & £10 OTD
MUSIC: DEEP
VENUE; HARE & HOUNDS KINGS HEATH, BIRMINGHAM, B14 7JZ
LikeTweetPinShareEmail
Subscribe to Newsletter
Categories: Music News, What's on
← PreviousNext →