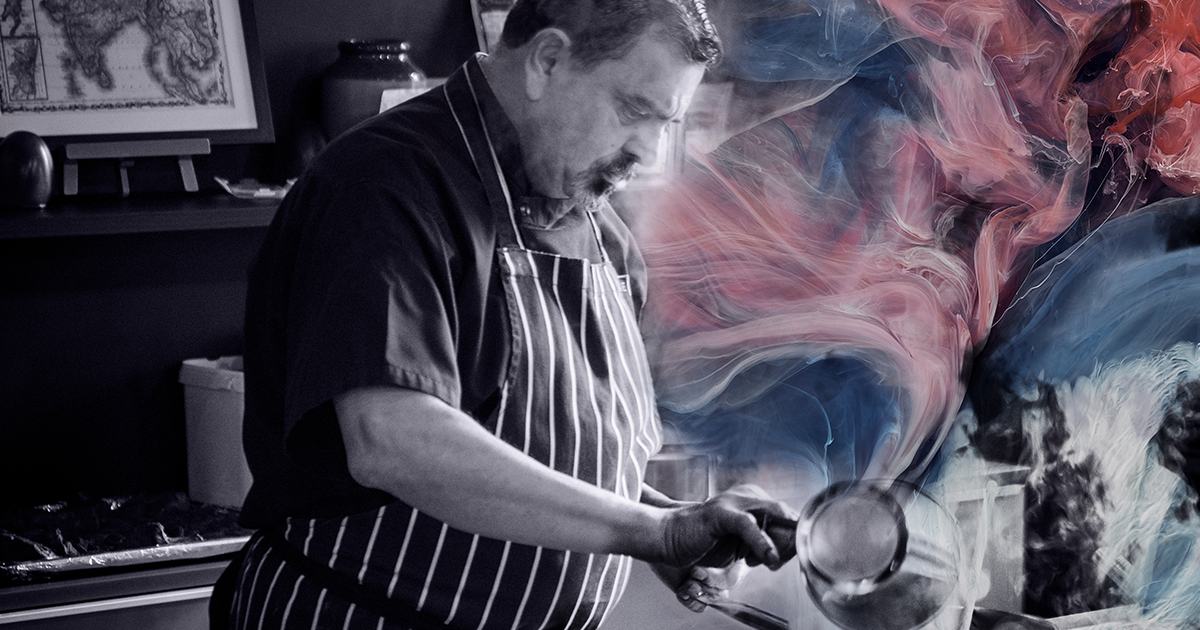 Following weeks of speculation, Tandem can finally confirm that award-winning chef, Cyrus Todiwala is the famous face to launch Leicester’s most anticipated Indian restaurant and cocktail bar. In collaboration with Raphael Hospitality, Tandem marks a major mile-stone for both Leicester and Todiwala as the restaurant is Todiwala’s first outside of London adding to his vast portfolio of dining venues including the renowned Café Spice Namasté.

Todiwala, famously known for appearing on The Incredible Spice Men, with Tony Singh and being awarded an OBE for services to the Hospitality industry and for education and training, has already opened four successful restaurants around London and as his name continues to grow, his reputation follows, with his dishes becoming increasingly well known for their creativity and individuality.

When creating Tandem, Cyrus and Raphael had a specific vision and it was clear from the very beginning that Leicester was the perfect city to unveil their new concept due to its already diverse food and drink scene.

Having teased the launch during his recent appearance on the BBC’s Saturday Kitchen, Todiwala said: “Leicester celebrates lots of different varieties of cuisine and we wanted to be part of that. It was important to choose a location that already appreciated quality Indian food but where we can also bring a completely new experience to life, and Leicester offers just that being a city with lots of spirit and passion.”

“A lot of care and detail has gone into sourcing the food we have selected for the menu. We have paid particular attention to sustainability, ethical sourcing, using in-season British produce, working very closely with our suppliers to make sure that our customers get the very best we can possibly buy. Exploring and playing with the multitude of ingredients at our disposal today allows us to showcase our individuality and fearlessness when it comes to experimenting and creating dishes that satisfy our customers.”

Tandem, located in Highcross shopping centre will be Todiwala’s fifth restaurant with bookings opening on 25 July.

Jo Tallack, General Manager at Highcross Leicester, said: “Securing Tandem is a major milestone for Highcross and for Leicester. We’ve been working closely with Cyrus and his team to ensure his vision is realised and I’m delighted it has come to fruition.

“The restaurant joins a number of exciting openings secured at Highcross this year and reinforces our position as an ideal destination for dining out in the city.”

Todiwala concluded: “The foodie scene in Leicester is taking flight and we’re excited to bring Tandem to such an exciting and vibrant city. I am thrilled that it will be the home of Tandem’s flagship restaurant. So far, the announcement has received a lot of positive reactions and it will be amazing to finally make the grand reveal in the coming weeks.”