Dig Brew Gets All Pumped Up for Brum Beer Week 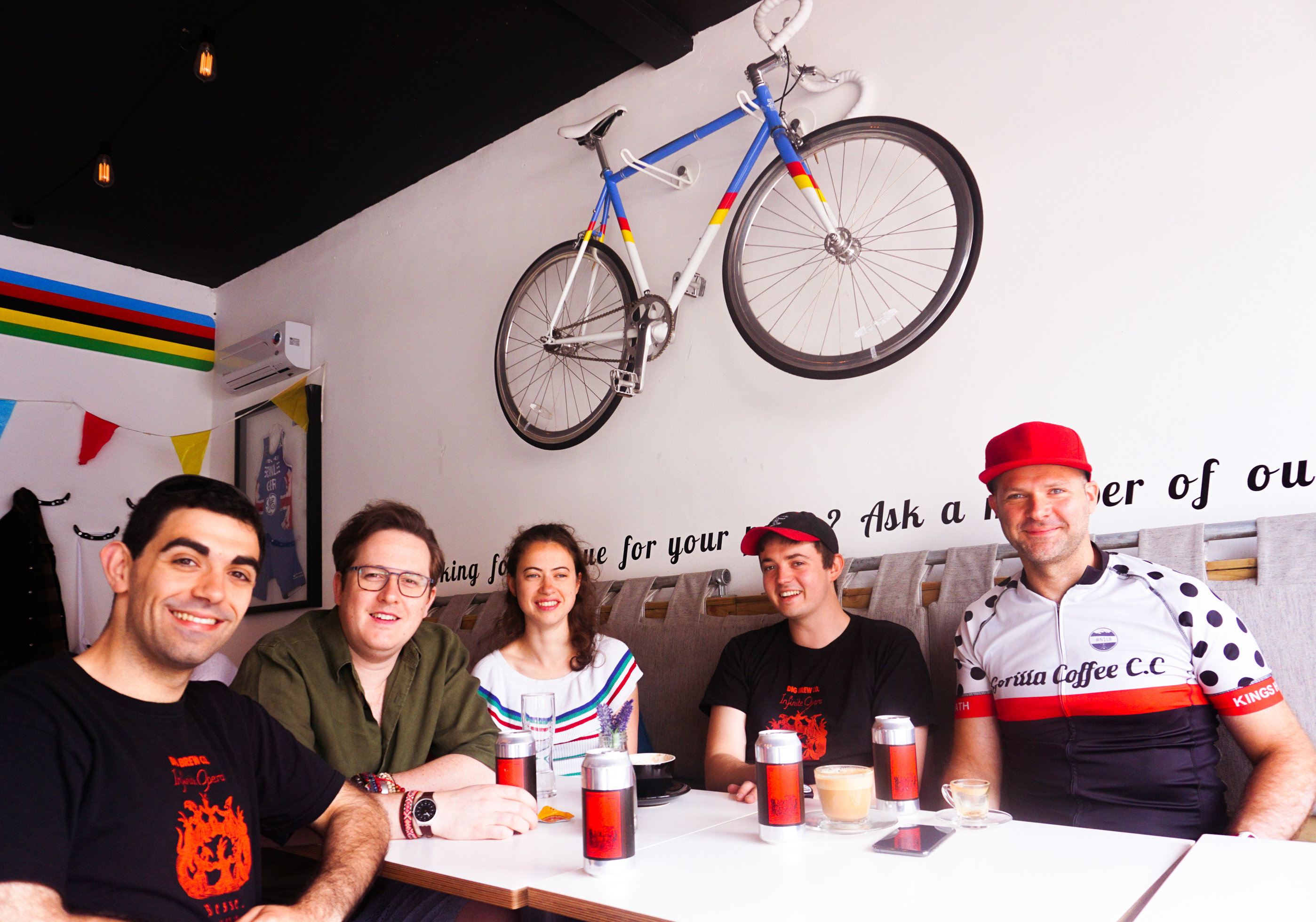 Birmingham’s award-winning Dig Brew brewery will help to keep fans of cycling and opera on the edge of their seats during Birmingham Beer Week.

The annual event, in which independent craft beer venues throughout the city will offer tastings, take overs and beers on tap, takes place from July 19-28.

The craft brewery on River Street in Digbeth has teamed up with Gorilla Coffee Café, the premier bicycle café and workshop in Kings Heath as beer partner for Birmingham Beer Week.

Gorilla Coffee Café is to show the Tour de France live every day throughout July, and during Birmingham Beer Week it will feature an exclusive range of unique Dig Brew beers to taste and buy.

These will include a new lager, ‘Welcome to Bloody Birmingham’, to be launched for Birmingham Beer Week in collaboration with independent Master Barbers Shepherds in Piccadilly Arcade, Birmingham, and available for customers to enjoy as they wait for a traditional wet shave or modern haircut.

Dig Brew and Gorilla Coffee Café share an affinity for helping the whole community. Both of us are passionate about collaborating with local businesses and suppliers, and supporting the artistic, musical and sporting interests of our customers.

We are looking forward to a great party and with Dig Brew as our partner providing its excellent beers the weekend promises to be our biggest and best yet, even surpassing the 600 cyclists and local people who joined us for the same event last year.

Dig Brew will also again play host to Infinite Opera who are returning to the brewery by popular demand for its first performance on a new custom-built stage of all three parts of its production of Besse on Friday, July 26.

Created by Royal Birmingham Conservatoire graduates Roxanne Korda and Daniel Blanco Albert and premiered part by part to packed audiences in the Spring, the opera focuses on medieval brewster Besse whose independence and love of brewing are threatened by accusations of witchcraft and murder.

Tickets, which start at £7.50 for standing room only, include a special deal that includes freshly cooked pizza from the in-house pizzeria and up to eight pints of Dig Brew beer brought to individual seats throughout the show for only £40.

As a leading supporter of Birmingham Beer Week, Dig Brew has also teamed up with artist-run space Eastside Projects in Digbeth as official beer partner for its Hells Mouth 3 exhibition, by renowned sculptor Monster Chetwynd, which is part of the region-wide Home of Metal project.

We are delighted to be taking part in Birmingham Beer Week, which provides a great opportunity to taste craft beer for those who have never tried it, and for all cafes, pubs and restaurants in the city to develop in a rapidly growing craft beer market.

Dig Brew brews and distributes a constantly changing range of seasonal lagers, stouts, sours and pale ales to pubs, bars and off licences nationally from its converted industrial premises. Open to the public on Fridays (from 4pm) and Saturdays (from 12pm), it also runs a pizzeria on the premises, as well as a bar, and organises a regular programme of food, drink, music and art-based events.

Dig Brew recently won a national competition run by craft beer festival organisers We are Beer to find the UK’s best up and coming craft brewers. The company will showcase its beers at the London Craft Beer Festival at Tobacco Dock, Docklands from August 9-11.

Gorilla Coffee Café, which was launched in 2016 as a clubhouse for cyclists, includes a coffee shop and pub and a bicycle repair workshop, and organises regular bike rides for its 200 members. For more details of its Tour de France event on July 27, click on www.gorillacoffee.co.uk.

Infinite Opera’s production of Besse at Dig Brew on July 26 includes the options of food and drink served at banqueting tables. For more details and tickets, priced from £7.50 to £40.00, click on https://besseopera.bigcartel.com.

Shepherds can be found at Piccadilly Arcade (www.shepherdsbarber.com).

Dig Brew Co can be reached at www.instagram.com/digbrewco.