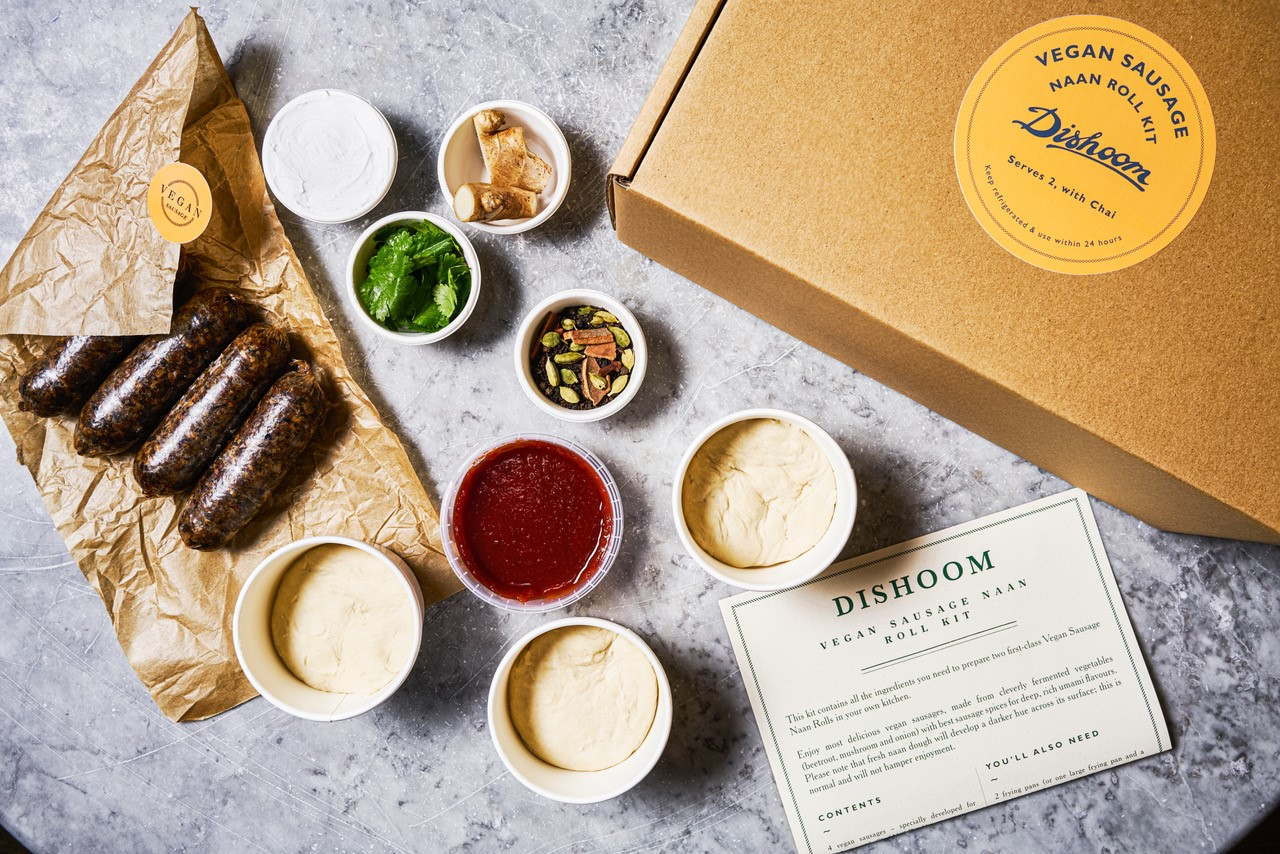 Dishoom are delighted to announce the timely arrival of the brand-new Vegan Sausage Naan Roll Kit, which is now available on the Dishoom Store for nationwide delivery. Responding to polite but numerous requests from vegans, vegetarians and those who avoid pork or dairy, Dishoom have created this top-notch kit to bring a little joy to the homes of even more guests. The plant-based kit contains everything required to enjoy two first-class Vegan Sausage Naan Rolls with Masala Chai at home for the modest price of £16 plus delivery.

The newly-invented Vegan Sausage Naan Roll Kit joins the Dishoom Store alongside the Bacon Naan Roll Kit, both of which are available now for dispatch to most postcodes in the UK Mainland (excluding highlands, islands and some parts of Scotland) via www.dishoom.com/store. For every kit they send out, Dishoom donate a meal to Magic Breakfast, their long-term charity partner that provides free, nutritious meals to children in schools in the UK who might otherwise go hungry.

In addition, patrons can now send both kits quickly and easily to multiple addresses on the same day, so that friends, family, and colleagues can feast together (even whilst apart). For group orders of ten or more kits, to be delivered to one household, or to multiple addresses simultaneously, patrons should visit www.dishoom.com/send-naans.