Dishoom to open at One Chamberlain Square Spring 2020 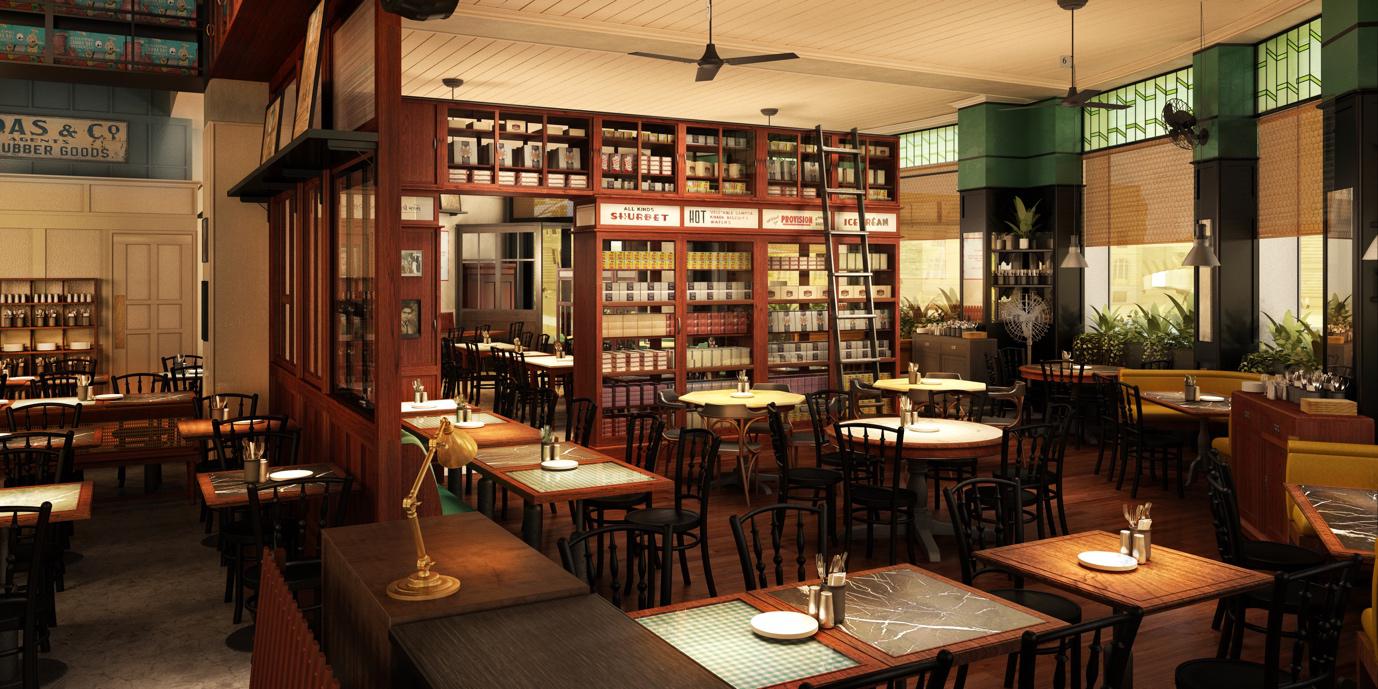 Chapter 1 – A most exciting announcement

The team behind Bombay café Dishoom are delighted to confirm that they will open a new restaurant in Birmingham next year.

Dishoom Birmingham will open in Spring 2020 and will be located in the heart of the city at One Chamberlain Square, part of Paradise Birmingham. The team, led by co-founders Shamil and Kavi Thakrar, are truly delighted to be moving into this new home, where they will enjoy the company of the city’s most beautiful and historic buildings.

The restaurant will pay loving homage to the old Irani cafés that were once part of the fabric of life in Bombay. These cafés broke down barriers by bringing people together over food and drink. They were places that warmly welcomed all; places where differences were celebrated, not judged. Dishoom Birmingham will draw upon the ethos and the poetry of these cafés, but will have its own distinct story, exploring the parallels and connections between Bombay and Birmingham (please kindly read on for more details).

Executive Chef Naved Nasir’s menu of Bombay comfort food will be served all day, from breakfast-time until late. Bringing together the food of all Bombay, dishes cooked in Hindu, Muslim, Irani and Parsi traditions will all jostle for space on the table, and a new chef’s special will be created especially for Dishoom Birmingham (particulars forthcoming in due course). The restaurant will also have a Permit Room bar, serving Dishoom’s award-winning cocktails, teetotal tipples, chai, coolers and more.

Chapter 2 – On the Irani cafés of Bombay

Opened early last century by Zoroastrian immigrants from Iran, there were almost four hundred Irani cafés in Bombay at their peak in the 1960s. These cafés were the first places that people of any caste, class, religion or race could come together over food and drink, taking cool refuge from the street to enjoy a cheap snack, a hearty meal, or just a cup of chai. Fans turned slowly, panelled walls were hung with sepia-toned family portraits. Wealthy businessmen, sweaty taxi-wallas and courting couples sat close to one another on rickety bentwood chairs at chipped marble tables. Students ate breakfast while high court lawyers read their briefs, families had lunch and writers found their characters.

Dishoom pays loving homage to these Irani cafés, of which fewer than 30 now remain in Bombay. Each Dishoom restaurant attempts to capture some of the romantic nostalgia of these spaces – through stories, design, food and service. Most importantly, the Dishoom team believe wholeheartedly that when people break bread together, barriers break down. Shared spaces (like the Irani cafés) beget shared experiences and shared experiences mean that people are more likely to tolerate, and indeed celebrate, each other’s differences.

At its heart, Dishoom Birmingham will be a space that captures the wistful poetry of the Irani cafés, and a place that, above everything, warmly welcomes all.

Chapter 3 – From Bombay to Birmingham with Love

Everything Dishoom does shares the team’s deep love for Bombay – its food, its history, its culture and its quirks. Each Dishoom restaurant has a story – something of a founding myth – deeply rooted in Bombay history and specific to each location. This story informs all aspect of the café’s design narrative, which is brought to life in collaboration with Dishoom’s long-term design partners, Macaulay Sinclair.

Inspired by Birmingham’s history as the “city of a thousand trades”, the Dishoom Birmingham story explores the unique parallels with the markets of Bombay and the importance of the city’s commercial past. During the Indian independence movement these places of trade and commerce became places of quiet protest. Through the championing of local trades, they helped a new national identity take shape.

The non-cooperation movement of the 1920s, led by Gandhi, quickly became a means of shaping political ends through business, utilising the trades of the city in the pursuit of Indian self-determination. Bombayites were called upon to boycott foreign goods, with local merchants offering Indian alternatives to colonial imports. As political consciousness flowered in Bombay during the 1930s and 1940s, so did the trades of the city.

And so, at Dishoom Birmingham we find ourselves in Bombay’s historic Swadeshi Market (the name itself meaning “self-reliance”). It’s 1953, the newly independent India is finding its voice as a nation, and Roda Irani is reminiscing about the years leading up to Independence…

Crisp and organised, Roda Irani leads her daughter through the narrow gullies of Swadeshi Market. “Come, let us get to the café.”

They begin to walk the length of the market, shoulder to hip. Each gully is lined with stalls separated by thin partitions or simple thick cloth. Roda and Farah navigate past shoppers haggling over the price of scissors, padlocks, bolts of cloth – an array of products with one thing in common: all made by Indian hands on Indian soil.

As they near the edge of the market, Roda and Farah instinctively begin to follow the delicious aroma of freshly-baked pau coming from their café. Hurrying daytime crowds conceal the entrance, and as the pair push past and into the store, past boards proclaiming the many baked goods available that day, they see that every table except one is occupied. The indistinct sound of warm and easy conversation comforts Roda.

For the second time today, the loss of her father presses on her heart, almost physically. She thinks of how he never witnessed the birth of free India; never saw the British leave; never felt the elation at the stroke of that midnight hour; never saw the sun rise on India’s freedom. And then Roda looks down at Farah. Born in 1947, she is the same age as the new nation and will have no memory of the British Raj.

It is important for Farah to know the past. It was, after all, their past, their struggle. With infinite tenderness, Roda says “Beti – I have a story to tell you. It’s a story of India, our independence and how we gained our freedom through a thousand trades.” Farah loves stories, and her mother’s most of all. Eagerly she settles herself on a bentwood chair, wide-eyed, excited and ready to listen.

The opening of Dishoom Birmingham will create over 100 new jobs in the city. Dishoom are dedicated to being a truly big-hearted and first-class place to work and were humbled to have been ranked #19 in The Sunday Times 100 Best Companies to Work For 2019. They care deeply about looking after their team, and creating an environment where people can learn, grow and develop, and where jobs turn into satisfying and long-lasting careers. Dishoom are currently on the lookout for big-hearted and first-class individuals to join the family. Job particulars and application information can be found at: www.dishoom.com/careers