Published by admin On July 1, 2015 Leave a response

PIND is an international art project, organised by the independent cultural producer Jaanika Okk and the Polish Expats Association. The project focuses on site specific art and collaboration. The aim of the project is to create a platform for international relationship between artists from Tallinn and Birmingham. Generating discussions and exchanging experiences as well as knowledge for mutual growth.

PIND (surface or a space in Estonian) represents the space in Birmingham, which Estonian artists are occupying during two month period. 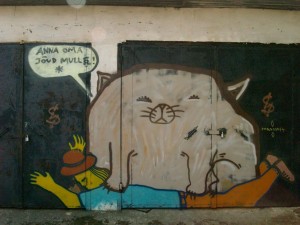 Three artists with the street art background from Tallinn, Estonia will take over Centrala Gallery inside and out transforming the Gallery itself into a work of art depicting produce and items that are symbolic of Estonian life. The installation begins Monday 29th June and the artists (Anton Koovit, Carl-Robert Kagge and Uku Sepsivart) encourage the public to come along and witness their creations unfold.

The project launches with a special preview night on Friday 3rd July as part of Digbeth First Friday. As well as the exhibition the evening features DJ Rob Glover (Field Harmonics) and an opportunity to speak to the artists about their work.

This exciting exhibition will then be open until the end of August with further events to be announced. 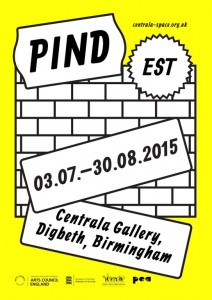