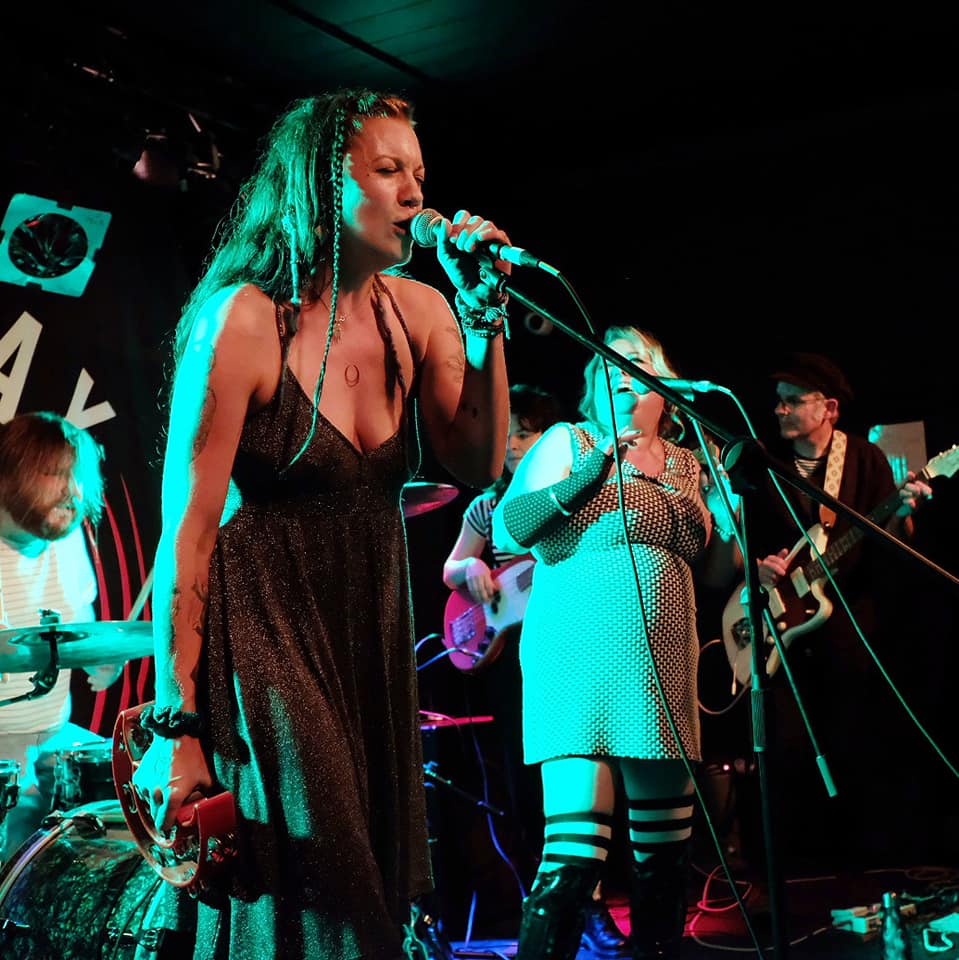 Avant, “Psy-Fi Americana” band, Low Red Moon, have been raising the roof with live stompers around Birmingham for a few years now, collecting new band members like the Pied Piper along the way.

Their line-up now offers everything from flute to electronics, to a dancing ghilly-suited/demon-faced poet!

Having been awarded Arts Council funding in 2021, the collective were able to record at Foel Studios, mid-Wales, in an attempt to capture and convey the cathartic live sound on record.

Taken from these sessions, “Fluid” is their first ever release, with a debut album to follow later in 2022.

“Fluid” is the band’s commentary on momentary living and not getting caught up with previous versions of ourselves – a lesson they get the crowd chanting and hope to wedge firmly in your head.

“Imagine, if you can, a blend of enigmatic Texas desert pop and swirly psychedelia, shot through with the clang and echo of surfy guitars.” – Matt Almond for ROCKwell UnScene