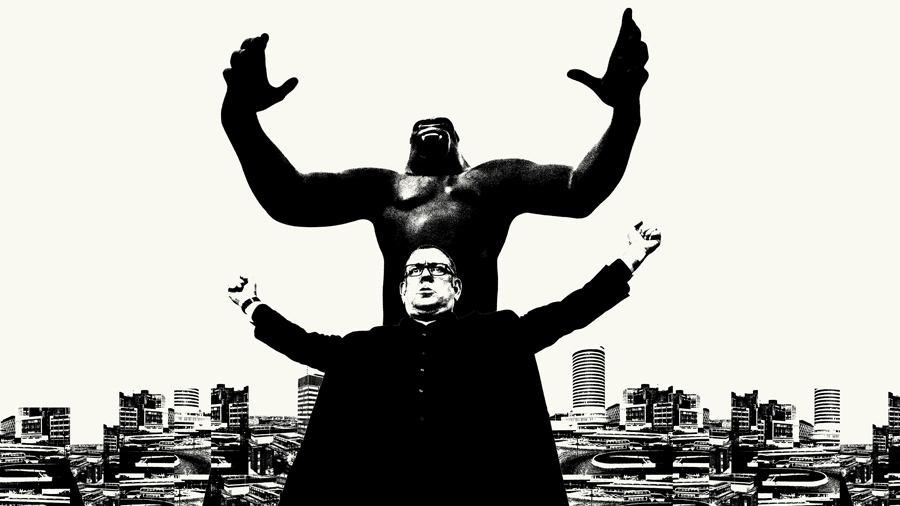 Described by the Guardian newspaper as ‘the most open-minded festival in the UK’, Birmingham’s Flatpack Festival returns this May Day Bank Holiday for its thirteenth edition. Flatpack 2019 boasts a wonderfully eclectic line-up over the 6-day festival with 100 events taking place at 14 different venues across Birmingham. With everything from car park theatre and cat-shaped bento to Moomins and post-punk legends, this year’s Flatpack will treat audiences to a week of inspiring screenings, exhibitions, live performances, installations and some very special guests.

Headline events in the Flatpack 13 programme include:

The ever-popular family strand Colour Box will return with a host of animated shorts and free drop-in activities to entertain all the family. Tokyo artist and animator Mari Miyazawa will present her unfeasibly cute BEAUTIFUL BENTO workshops in the UK for the first time – turning traditional Japanese lunch boxes into fun, edible characters. Other Colour Box highlights include the SOUNDPLAY DOME, a unique interactive musical installation for children of all ages to explore, a special preview of Sky TV’s MOOMINVALLEY featuring the vocal talents of Richard Ayoade and Matt Berry, and a series of workshops on animating the canine film characters from Wes Anderson’s Isle of Dogs with stop animator Tim Allen.

Flatpack will open in spectacular style at the Royal Birmingham Conservatoire with the world premiere of Sinestro Home Video’s live rescore of Japanese classic A PAGE OF MADNESS, complete with benshi narration. Other standout live cinema events include FORECASTING where contemporary dance meets YouTube in Barbara Matijević’s amazing one woman show, and internationally-renowned musicians Hannah Marshall (cello), Alcyona Mick (piano), and Stella Roberts (keyboard) will perform live scores to a selection of short films made by pioneering female directors such as Mary Ellen Bute, Claire Parker, and Alice Guy Bute in FIZZLE: X-X.

This year’s programme of feature films present a wide and varied picture of international cinema including: EIGHTH GRADE the debut feature from YouTube star and comedian Bo Burnham; Peter Strickland’s offbeat horror IN FABRIC which follows the life of a cursed dress as it passes from person to person with devastating consequences; and SUMMER, an ode to the underground rock scene of pre-perestroika Leningrad featuring an epic soundtrack from David Bowie, T-Rex and Iggy Pop. Other feature highlights include a celebration of 90s rave culture in Scottish coming-of-age tale BEATS, followed by a 90s party in Flatpack’s Festival Hub and for the first time this year’s line-up includes a SURPRISE FILM, an exclusive chance to catch a new feature before it arrives in UK cinemas.

The documentary strand will include the UK premiere of NARCISSISTER ORGAN PLAYER a revealing look at the inscrutable performance artist; Werner Herzog’s MEETING GORBACHEV, an engaging and tender portrait of the eighth and final leader of the Soviet Union and a career-spanning documentary following Grammy-winning artist and self-proclaimed musical genius Chilly Gonzales in SHUT UP AND PLAY THE PIANO.

Flatpack’s creative industries strand Unpacked offers unique insight into the processes of filmmakers and artists. This year’s line-up includes the inaugural DUPLICATE: ARTIST PUBLISHING FAIR showcasing self-publishers from the UK and beyond; WHO FUNDS WHAT? is an informative event for emerging filmmakers to help demystify where the boundaries lie when it comes to film funding; OVERLAP a new quarterly show-and-tell for animators to showcase their work in an informal setting; and now in its third year FILM CAMP is a day of panels, talks and workshops exploring the future of film exhibition.

Flatpack’s acclaimed short film strand celebrates emerging talent, with 21 of the 50 shorts in competition for the jury prize of £1,000 being UK premieres. This year’s programme promises an inspiring selection of shorts from across the globe including a reflection on human habits in STRANGE BIRDS; films playing with form in METAMORPHOSIS; intimate stories reflecting the world in SOMETHING HAPPENED; strange phenomena in UNDER YOUR SPELL and an animated exploration of relationships in WHERE I BELONG. Highlights include the UK premiere of Kids by Michael Frei, conceived as a film and a video game (available to play in the Festival Hub) and also screening for the first time in the UK, Still Lives by Elli Vuorinen, who will be curating this year’s DOTS & LOOPS event.

Flatpack has always had a taste for digging into the archives, now reflected in a new strand gathering rare, unseen material and revealing the stories behind it. A day of VIDEO TALES at MAC will showcase rediscoveries from the VHS era, including a peek at pioneering booking agency and record shop Oriental Star forty years after they brought qawwali legend Nusrat Fateh Ali Khan to the UK for the first time. A number of brave volunteers will share their early film experiments in OH DEAR VIDEO DIARY, film academic Richard Dyer will return to the city where he first developed influential ideas on stars and queer identity, and special guest Hanifa McQueen Hudson – aka B-Girl Bubbles – will reflect on landmark hip hop documentary BOMBIN’.


Full details of the Flatpack Festival programme and ticket information can be found at www.flatpackfestival.org.uk