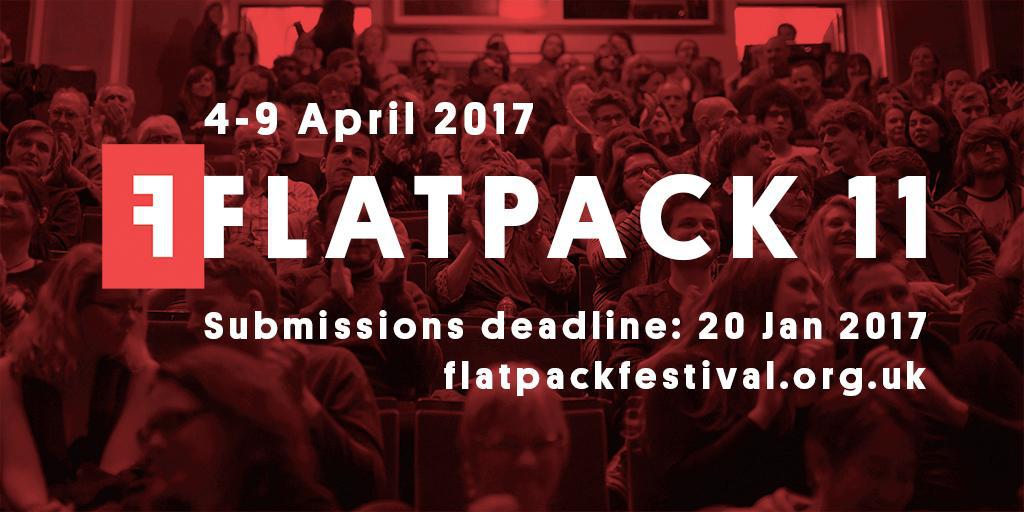 Flatpack are are now accepting submissions for short films for their eleventh edition of the festival.

Last April Flatpack celebrated a decade of transforming Birmingham venues into an extravagant melting pot of films, performances and music, showcasing the liquid landscape where film meets other art forms, with weird and wonderful contraptions, curiosities and surprises. Flatpack celebrate film in all its permutations.

The short film strand currently has 5 coveted awards up for grabs, with more on the cards (announcements soon):

The film selected by the jury as the winner of the Short Film Award will receive £1,000. All successful submissions will be included in the programme at Flatpack no.11.

– fully cleared, including any music rights.

“The UK’s most creatively curated film festival” (the Independent).

“We had an ace time – such a fantastic festival!” (Greg McLeod, Filmmaker (The Inverted Peak))