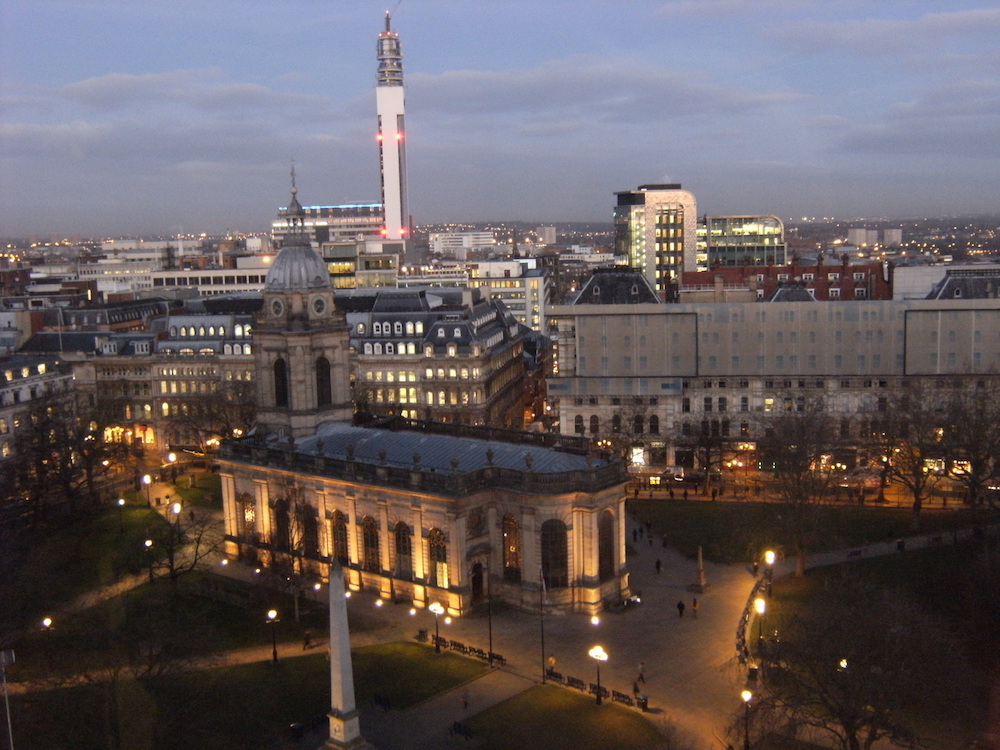 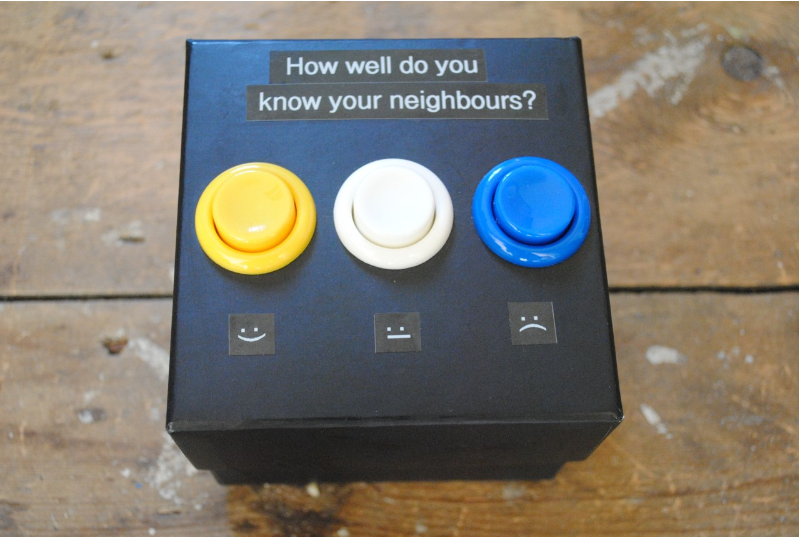 Across Birmingham this December, people will be invited to take part in a unique creative experiment. Birmingham Cathedral, with churches and people of all faiths and none, and in partnership with University College London (ICRI Cities and UCLIC), are working across the city asking people in six different neighbourhoods to contribute to a new installation which will light up, first, their own community and then, Cathedral Square. measures of us aims to creatively and visually start conversations between different parts of the city at the beginning of winter; to find more opportunities to talk and be with neighbours, to celebrate common experiences and openly acknowledge, discuss and respect differences.

From Monday 28 November to Friday 2 December, small electronic voting boxes will appear across parts of the city in locations such as hairdressers, grocers, community centres and libraries, asking people to answer a different question each day. Questions will be broad in subject but simple to answer, such as ‘Have you laughed today?’ and ‘Are you looking forward to next year?’ People will be given three options to answer the questions via the voting boxes – by pressing one of a choice of three buttons – ‘yes agree’, ‘neutral’ and ‘no disagree’.

Each day’s findings will be displayed in the community as large eight foot tall artworks by Redhawk Logistica, inspired by cricket scoreboards. The results will be revealed by people shining a bright light, such as a torch or camera flash, onto their reflective surface, to activate the responses to the day’s question.

The project will culminate after dark on Saturday 3 December, with a chance to see the whole city story as all six display boards come together to create a spectacular installation in Cathedral Square. Visitors will be able to answer questions themselves and find out how others are feeling as the boards get updated throughout the evening.

“measures of us is a new collaboration between artists, technologists, faith groups and the public. It is a pilot, an experiment to explore potential for a city wide creative conversation using light based artworks in surprising ways. It is a way of bringing people from different areas and backgrounds together and creating a sense of connection across different parts of the city. People will have a chance to express how they feel, and then see how others in their own neighbourhood, and others areas feel too. We hope they will also suggest new questions that they would like to ask their neighbours and people who live in other parts of Birmingham.”

measures of us is a continuation of Something Good, an arts programme and creative enquiry which celebrated the Cathedral’s 300th anniversary in 2015. Building on the recent successful ‘Love your Neighbour’ campaign started by the city’s interfaith groups, Birmingham Cathedral, together with churches and individuals of all faiths and none, wish to unite people in this city-wide creative conversation and share new experiences. Findings will help shape Something Good’s future work in the city.

‘The Cathedral is so pleased to be enabling a city wide and imaginative conversation celebrating common values,’ said The Very Revd Catherine Ogle, Dean of Birmingham.  ‘We believe that the diverse communities of Birmingham, of all faiths and none, can enjoy sharing in common humanity.’

The project’s findings will feed into research by ICRI Cities: Intel Collaborative Research Institute for Sustainable Connected Cities and UCLIC: University College London Interaction Centre led by researcher Lisa Koeman. Focussing on designing technology for urban communities that enables people to have their say as well as allowing them to see the opinions of others, Measures of Us will be the first time that the researchers will have deployed easy-to-use and engaging community technologies, such as the voting boxes at a city scale. The study will enable them to learn which aspects of technologies, like those used in the project, affect community engagement.

For more information on the project visit www.somethinggoodbham.org