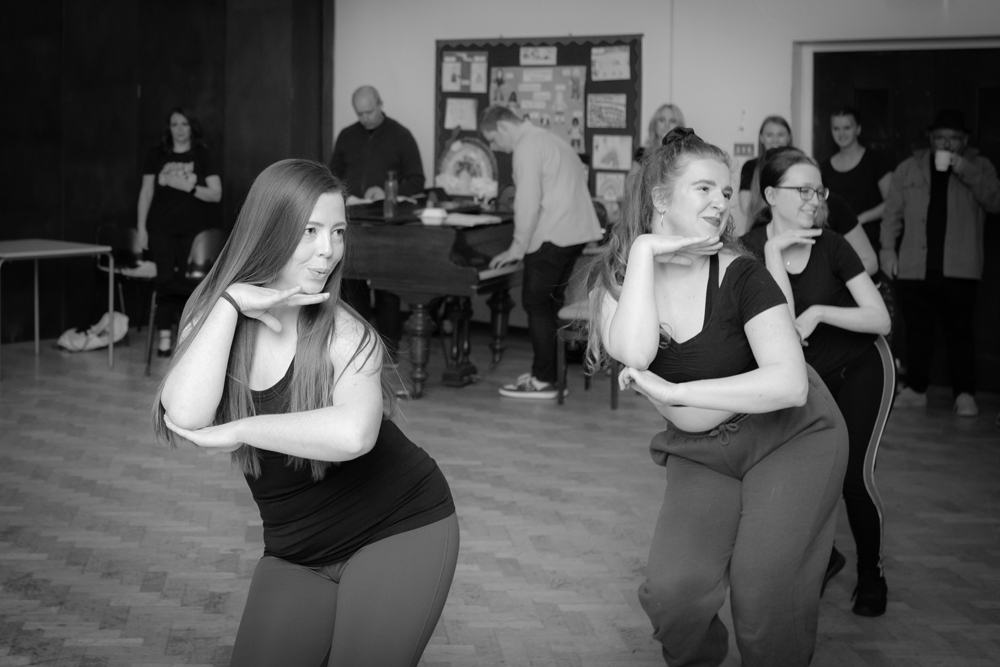 Birmingham’s award-winning musical theatre company, BMOS, are excited to announce their forthcoming production of Guys & Dolls! A fantastic and funny musical story of gambling, luck and love under the bright lights of Broadway.

Considered by many as the perfect musical comedy, Guys and Dolls has been delighting audiences since the 1950s, first as a musical, then a musical film starring Marlon Brando, Jean Simmons, Frank Sinatra and Vivian Blaine. BMOS are looking forward to bringing it back to the stage this summer at The Alexandra Birmingham, from 28 June to 2 July, tickets are available now at atg.com/Birmingham.

BMOS Musical Theatre Company returns to The Alexandra stage later this month with a spectacular performance of the popular Broadway classic musical, Guys and Dolls. For one cast member in particular, the show is particularly poignant.

Chris Loughran, who is better known as the former Senior Partner at Deloitte in Birmingham and for his various presidencies and trusteeships in the city, including Honorary President of BMOS, will reprise the role of Arvide, 38 years after first playing the part. Previously Chris portrayed the role of the New York missionary and doting grandfather of the principal character Sarah Brown back in 1984 at Birmingham’s Old Repertory Theatre with Belmont Choral Society.

BMOS Musical Theatre company will be bringing Guys and Dolls to life once more at The Alexandra Birmingham between Tuesday 28 June and Saturday 2 July, including a Saturday matinee and a fully signed performance on Wednesday 29 June. Featuring hit songs such as ‘Sit Down You’re Rocking the Boat,’ ‘Luck Be a Lady’ and ‘Adelaide’s Lament’

Chris Loughran commented: “I’m excited to be taking up the role of Arvide for a second time, with BMOS Musical Theatre Company. I joined the company as Honorary President in 2018 and quickly regained the performing bug from all those years ago, so now being able to join the incredibly talented cast members on stage in their first performance since the pandemic is fantastic.  I won’t need as much makeup this time either!”