Heavy Metal Record Shop to be residency at Scruffy Murphy’s 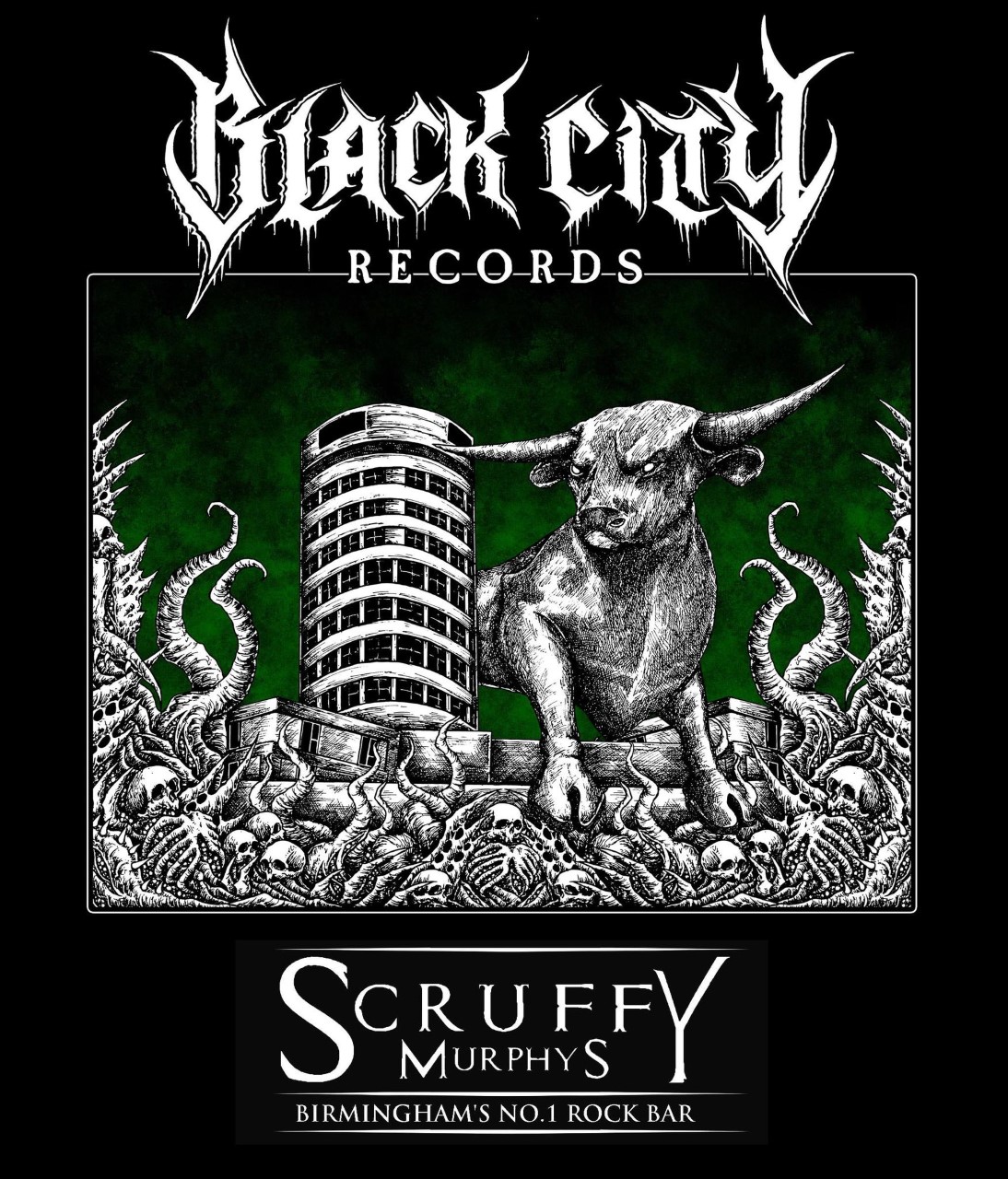 Widely regarded as the ‘Home of Metal’, Birmingham is to get an extra string to their Heavy Metal bow soon as Bristol based Black City Records – the South West’s only dedicated Heavy Metal record shop – arrives for a series of residency pop-ups at Scruffy Murphy’s bar on Dale End in the city centre.

The shop began trading in Bristol last year and has gained national and international acclaim as the most comprehensive high street retailer of all things Hard Rock and Heavy Metal in the country.

Owner David Savage says, “Our friends at NeCrow Events are based in Birmingham, so we began bringing a stall to their gigs at Scruffy’s last year. We have been blown away by the support and goodwill of the metal community in Birmingham, so it was always in our minds, being the birthplace of the genre, to do something a little more permanent.”

The shop will find its home in the downstairs gig room of Scruffy’s and is initially planned for a week at a time, at least four weeks per year with the first residency opening its doors on Wednesday 11 May until Saturday 14 May, before returning again in September and December.

“We have received great feedback every time we have visited and look forward to being here on a more regular basis. Ideally if things go as planned and there is a real appetite for a niche metal store in the city then we would like to make our presence in Birmingham a permanent fixture.”

For more details and to find out more please visit www.blackcityrecords.co.uk/birmingham