Home » What's on » HIS LORDSHIP live in Birmingham on July 11th

HIS LORDSHIP live in Birmingham on July 11th 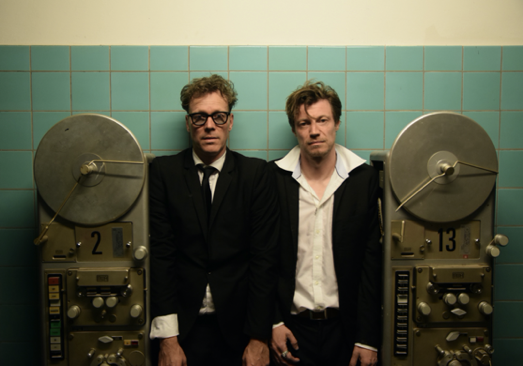 His Lordship, the new project from from guitarist James Walbourne and drummer Kristoffer Sonne announce their rescheduled headline tour of the UK, including London’s legendary 100 Club on 14th July. The show will be their first in London since The Lexington in December, which saw fans queuing round the block to get in.

The live dates arrive with the news that the pair’s new single ‘All Cranked Up’ has been added straight to the B-List on BBC 6Music.  You can watch the brilliant video for the track, directed by Nadia Marquard Otzen and starring Thea Carla Schøtt HERE.

The ‘All Cranked Up’ EP is a 6 -track collection that epitomises the ups and downs of the last 2 years. An explosion of energy and frustration, it is the sound of Walbourne fully unleashed as a frontman. The EP also arrives with artwork by legendary photographer Red Saunders, one of the founders of the Rock Against Racism movement in the mid 70s.
Speaking about the single, His Lordship says;

It’s 5am. All cranked up with nowhere to go. Here we are again. Jerry Lee Lewis and Iggy Pop wrestling in the hallway. Englebert Humperdink trying to break things up. Little Richard swinging on a chandelier, laughing. Through the haze I get up to make a cup of tea and trip on an overflowing ashtray. The music is loud, the options are few. I’m all cranked up with nowhere to go.