Home » Nightlife » How to Have The Perfect Poker Night in Birmingham

How to Have The Perfect Poker Night in Birmingham 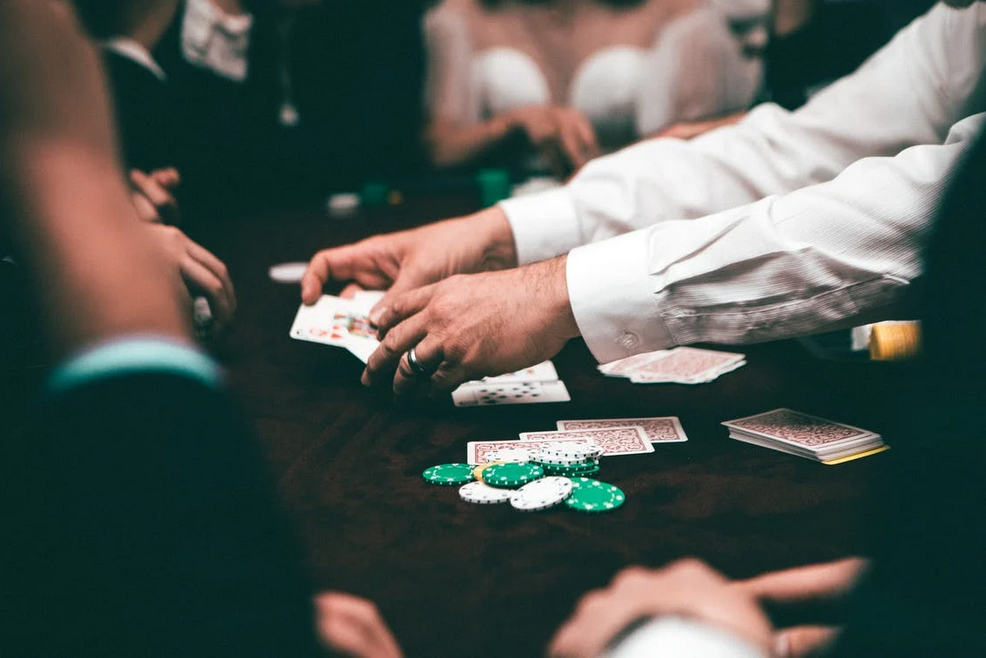 If you’re looking for a different way to spend your weekends in Birmingham, then going to a live poker game may be up your street. There are numerous options for serious poker nights in the various casinos of Birmingham, along with smaller places to play, such as local pubs. For a friendlier atmosphere, home poker games can be an enjoyable thing to do as well. Poker represents a fun night with friends, as it gives you an activity to partake in while you socialise. You will most likely find the most thrills if you have a good idea about how to play, though, so it is important to follow some advice beforehand.

One of the main reasons why poker makes such an excellent game for a fun night with friends is the fact that it is so accessible. Thanks to the online poker boom in the 2000s, poker is now played by more than 100 million people worldwide. A vast number of these players come from the UK, with the likes of Sam Trickett and Stephen Chidwick representing the country on the world stage in major competitions.

The internet made it easy for anyone to get a poker game, no matter where they were. And, when Chris Moneymaker, an amateur internet player, won the World Series of Poker in 2003, poker playing figures spiked because it showed that anyone could take down the biggest prizes in the game with a bit of dedication and perseverance. Nowadays, a vast proportion of people know the basic rules of poker. This is thanks to the poker boom, and also because of popular films like the 2006 James Bond offering, Casino Royale, and John Dahl’s 1998 picture, Rounders.

Those who have seen the poker film, which stars Matt Damon as an expert poker player, will know that there are some dos and don’ts when it comes to playing in live poker games. In the picture, the protagonists get in serious trouble when they are found to be playing together at the table. This is known as colluding, and it is where two players work together against the other opponents. This form of poker cheating is easy to spot, and expert security teams will be on to you quick as a flash. Make sure you don’t try this when you go to a game in Birmingham.

Things to Consider Before the Poker Night

When you feel like you are ready to enter a live poker scenario, you need to consider what type of game you want to play in first. If you have only been playing for a short space of time, a home poker game with friends may be the best option to get some practice and improve your skills. In this situation, you can get a feel for how the action plays out over the course of the game. For instance, the dealer chip will move round after each turn, and you will soon realise that different positions on the deal afford players with varying opportunities.

The person to the right of the dealer, for instance, is the last person to act in a hand. This player has a lot more information than the others, as they can see how people have behaved when they have decided to call or raise. They are in a position of power, then, to either raise the stakes if they believe the other players have weak hands, or simply to call a bet. In the latter stages of a tournament, when the blinds are significantly raised, having position can pose a good opportunity for stealing the blinds no matter what cards you may be holding.

For players who have already become accustomed to the basics and feel they are ready to take on more challenging opponents, the next level up is the pub poker game. In Birmingham, there are plenty of nightlife spots which host regular poker games that anyone can join. Old Joint Stock, Sacks of Potatoes, and Victoria Social Club are three of the many places at which players can find a game of Texas Hold’em in the West Midlands city.

For players who believe they have honed their skills, the third level of poker game would be found at an actual casino. At these locations, you are likely to be up against players who have a good knowledge of the game, ranging from intermediate to expert. Going into games here without a clear strategy can end in disappointment, as seasoned players will be able to pounce on the unprepared. You are also likely to come up against a greater number of players in this situation, with the opportunity for rebuys adding another element to the game.

Tips For the Actual Game

If you plan to have a simple poker night with friends at home, it is best to keep it friendly, play for low stakes, and generally use it as an opportunity to socialise. But, if you are going out to play, you will need to approach the felt with a game plan.

In a pub or casino scenario, it can be tempting to drink while playing. This is not advisable, though, as it will lead you to play with your heart rather than your head. When you look at your hole cards, you need to make sure you are only playing optimal hands such as pocket pairs or high suited connectors. If your mind is hazy from alcohol, you may like the look of a certain pair of cards that you shouldn’t really be investing any money on.

Being patient is another key tip for tournament poker at a pub or casino. You need to wait for the best hands and strongest positions on the table. If you keep getting dealt poor cards, you need to keep mucking them and hold out for the ones that will give you a higher chance of winning.

A poker night can be a good option for an alternative night out, but you need to consider what you want from it. If you only want to play while socialising with friends, it may be best to host a home poker game. But if you want the chance to raise your game and come up against some high-quality players, try your hand at the pub or casino.