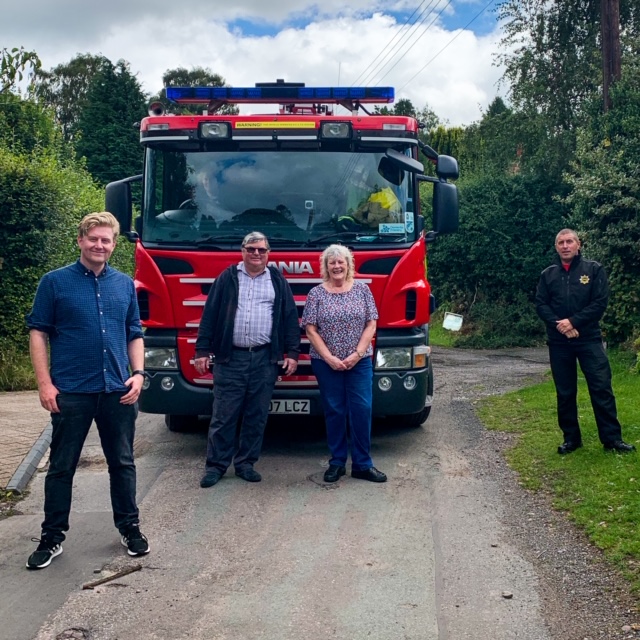 A six hour litter pick event is being held over the bank holiday weekend to raise money for Katharine House Hospice, Stafford.

Organisers of Save Cannock Chase, a community group opposing the £7.8 million closing of over 30 car parks and the introduction of charging on Cannock Chase, are hosting a litter pick and fire safety awareness event at Chase Road Corner to raise funds for Katharine House Hospice, a charity close to founder Stuart Haynes heart.

Stuart, 35, lost his mum to cancer in October 2019 and received support, care, and grief counselling from Katharine House Hospice.

He said “My mum’s ashes are spread over Cannock Chase, in an area off Chase Road, Brocton. This is one of the roads which Staffordshire County Council and the SAC (Special Area of Conservation) Partnership are considering closing. We started this campaign in June when Chase Road was shut, apparently due to a fire risk, restricting access for sick, disabled and elderly people.

“It wasn’t until months later, after having secured confirmation from the fire service that there had been no request for an extended closure, that Chase Road was reopened. During the intervening period we uncovered an unrepresentative consultation of 130 people and a follow up £7.8 million detailed car park implementation plan showing mass closures across the chase. It is so frustrating that the large public organisations which are there to look after us increasingly seem to put residents and their opinions last.”

The controversial proposals would see the closure of thirty-five parking areas and charges applied at another 11. Campaigners say with people suffering in the current recession, these proposals could not have come at a worse time and that the lack of access to public space will affect both people’s mental and physical health.

Stuart added: “We already have a number of Cannock Chase District and Stafford Borough council councillors committed to coming down to the event but would really like to see Glenn Watson chairman of the SAC, the body which has been instrumental in drawing up these plans, and Victoria Wilson, Staffordshire County Council’s new cabinet member for communities at the event. Unfortunately, Cannock Chase residents and visitors have been treated as an annoying nuisance and ignored in these plans, referred to as having a high interest but low influence in the county council’s own communications plans.

“Save Cannock Chase now has more than 2,000 members from right across Staffordshire having formed just three months ago. It’s time that the SAC and Staffordshire County Council started listening to the people they are supposed to represent and what better way to do that than by speaking to us directly.”

Litter pickers for the event will be provided along with bin liners which can be collected from Chase Road Corner Car Park. Litter pickers will be sanitised between uses, with volunteers welcome to branch off to explore different areas of the Chase.

Staffordshire Fire and Rescue will also be in attendance to educate the community on how to prevent and report fires.

The event will be positioned at Chase Road Corner Car Park, Brocton on Sunday 30th and Monday 21st August 2020 with participants able to collect litter pickers from 1-4pm.

You can make a donation to Katharine House Hospice here [www.justgiving.com/fundraising/savecannockchase] as well as via collection buckets on the day.